Japan confirmed a record 94,908 coronavirus cases Wednesday, eclipsing the previous record logged late last week by nearly 10,000 and exceeding the 90,000 mark for the first time, as the highly transmissible Omicron variant continues to wreak havoc across the country.

While Prime Minister Fumio Kishida has said he is not considering declaring a state of emergency in Tokyo despite the recent spike in infections, the capital's daily count continued to climb Wednesday, exceeding the previous record last Friday by nearly 4,000 cases to reach 21,576. 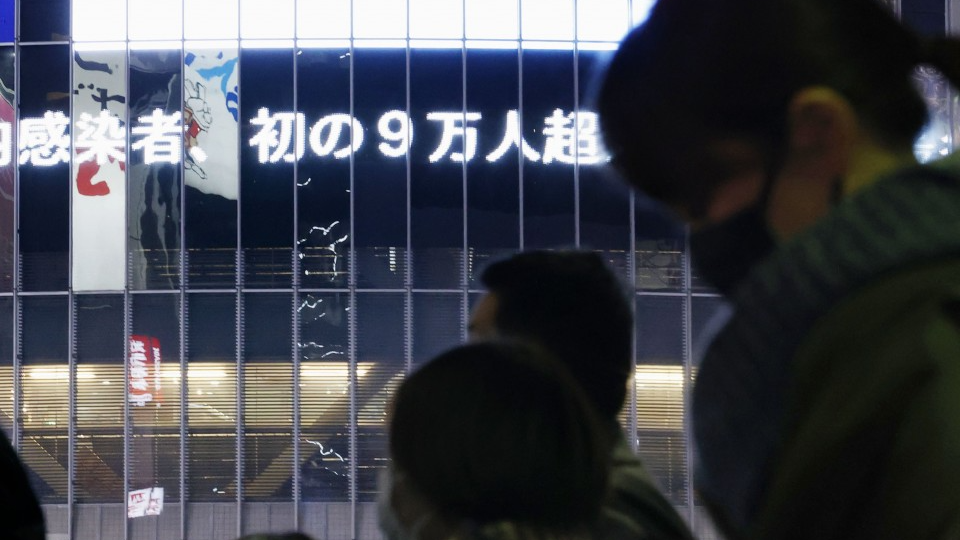 A large screen in Tokyo's Shibuya area displays news that the daily number of new coronavirus cases exceeded 90,000 in Japan for the first time on Feb. 2, 2022. (Kyodo) ==Kyodo

Currently, Tokyo and 33 areas are among the country's 47 prefectures that have been placed under a quasi-state of emergency, allowing local authorities to ask dining establishments to shorten their business hours and limit or stop the serving of alcohol.

Wakayama Prefecture in western Japan is set to become the 35th prefecture to come under the measure after making a request to the central government on Wednesday, with the curbs expected to come into effect from Saturday to Feb. 27.

The government is working on accelerating the rollout of COVID-19 booster shots. The Defense Ministry said Wednesday that the number of slots available at a recently reopened mass vaccination center run by the Self-Defense Forces in Tokyo will be raised to 4,080 per day from next Tuesday, and to 5,040 from next Thursday.

Capacity at the center was initially planned to increase to 2,160 slots from 720 per day from Monday, but Prime Minister Fumio Kishida announced its further expansion in a parliament session Wednesday after facing criticism that the number of slots was too small.

Slots from Monday through Sunday filled up almost immediately. Reservations for expanded slots next week will start Friday evening.

"I will take the lead in efforts to ensure that those who wish to get vaccinated can do so as soon as possible," Kishida said.

Large-scale vaccination centers that operated in Tokyo and Osaka from May to November last year were capable of vaccinating 10,000 people and 5,000 people per day, respectively. The center in Osaka will be reopened Monday with 960 slots per day.

Meanwhile, a Kyodo News survey has found that 17 prefectures including Tokyo, Kanagawa, Osaka and Fukuoka are now allowing doctors to diagnose people as coronavirus positive without conducting tests, if they are close contacts living in the same households as infected people and if they develop symptoms.

The measures are part of efforts to deal with the growing strain on the medical system and alleviating the shortage of COVID-19 testing kits. 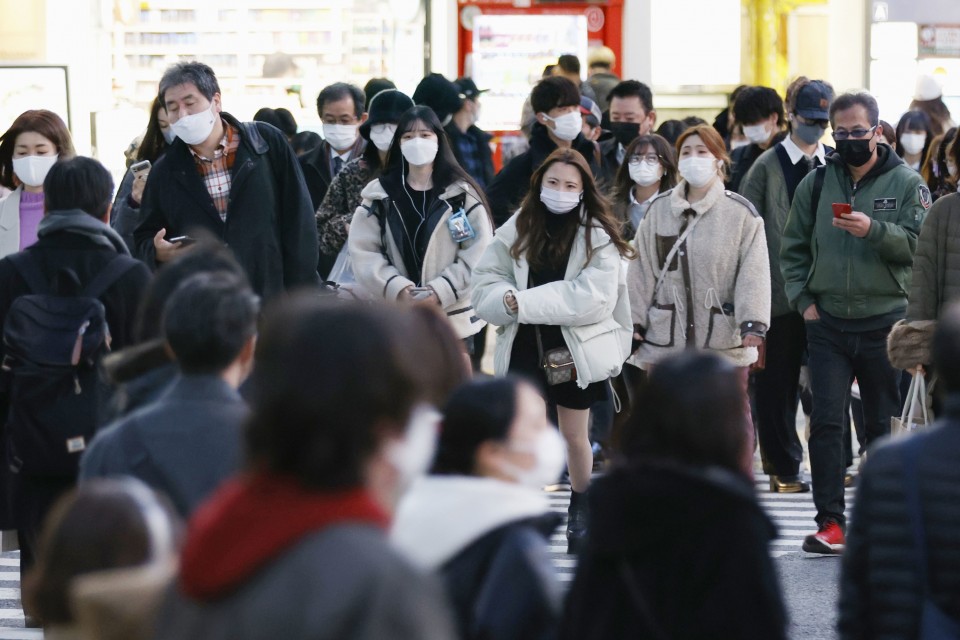 People wearing masks for protection against the coronavirus walk at the famous scramble crossing in Tokyo's Shibuya area on Feb. 2, 2022. A record 21,576 new coronavirus cases were confirmed in Tokyo the same day. (Kyodo) ==Kyodo