Princess Yoko, the younger daughter of the late Prince Tomohito of Mikasa, a cousin of former Emperor Akihito, complained of a sore throat Monday and tested positive for the virus on Tuesday, the Imperial Household Agency said. She was admitted to a hospital inside the Imperial Palace. 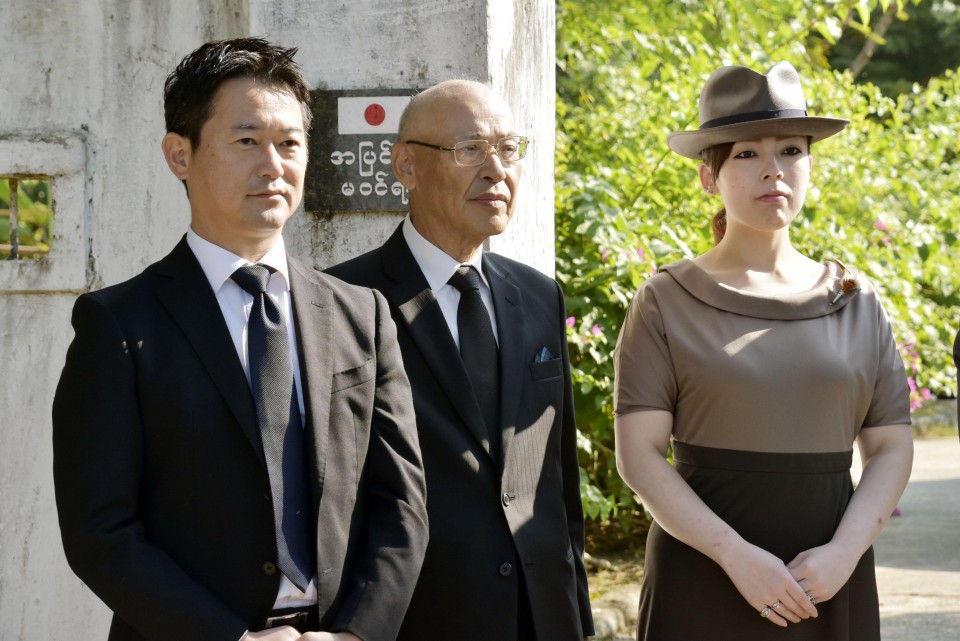 File photo shows Princess Yoko visiting a Japanese cemetery in Yangon on Dec. 12, 2019, during her visit to Myanmar. (Kyodo)

Her sister, Princess Akiko, 40, will also be tested. The two met several days ago, the agency said.

Princess Yoko has not attended any gathering involving food and drinks recently, and the infection route remains unknown, the agency added. But she was one of the participants in a ceremony to commemorate a late emperor at the palace on Jan. 30.

No infection has been confirmed among her staff, and none of them has reported feeling sick, according to the agency.

Tokyo, others ask to extend COVID quasi-emergency as Omicron rages