Olympics: Ikuma Horishima looking on bright side of horror qualification

After bombing out in his first shot at the Beijing Olympic moguls, Japan's Ikuma Horishima has been forced to search for positives from a qualification run that left the medal favorite on the outside of the finals looking in.

A conservative start to his run on Thursday night and an untidy landing on an overdone cork 720 off the last jump sent the two-time world champion sliding down the order to 16th in the first qualification phase. 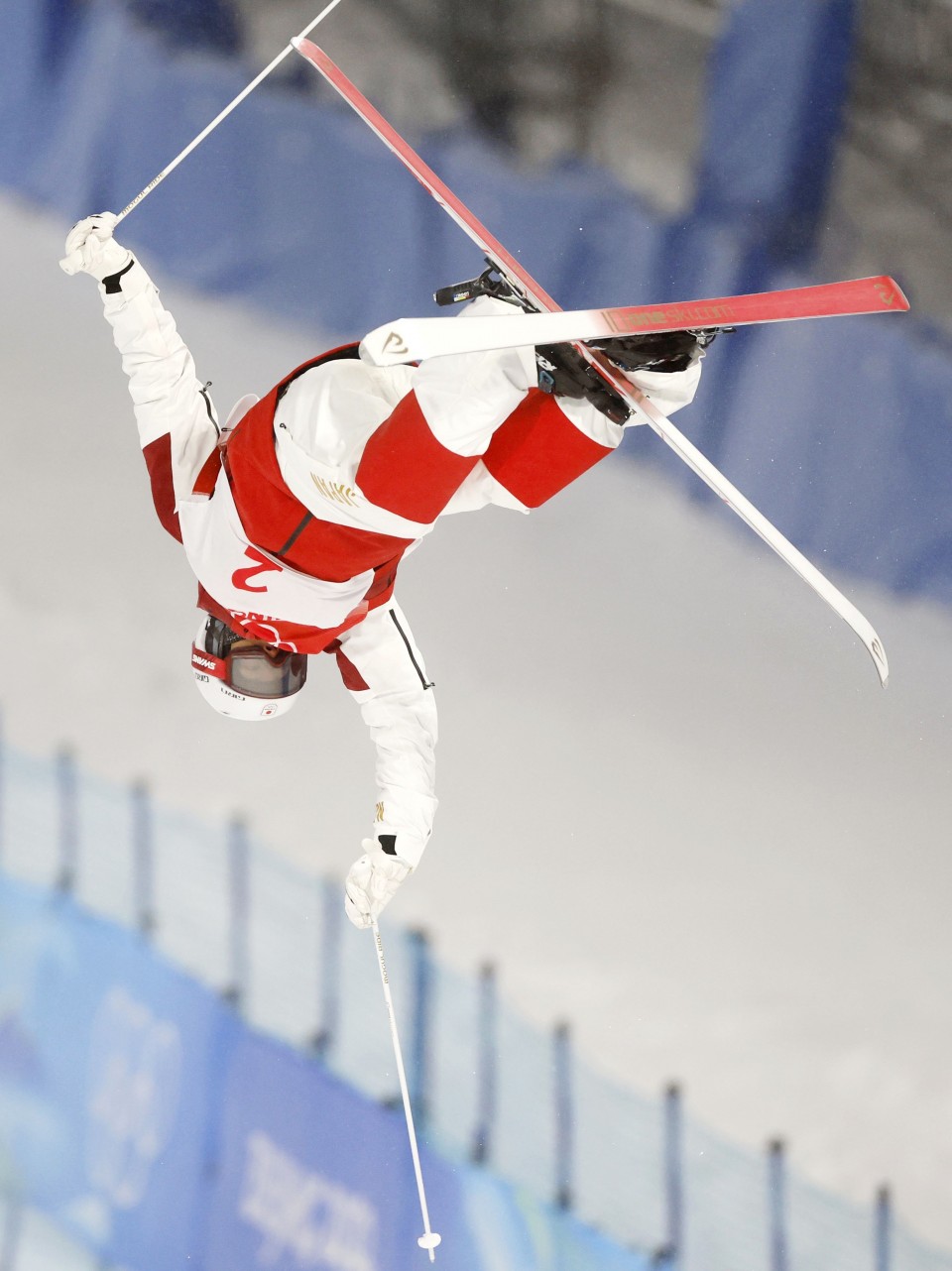 Ikuma Horishima of Japan competes in the men's freestyle skiing moguls qualification round at the Beijing Winter Olympics at the Genting Snow Park in Zhangjiakou on Feb. 3, 2022. (Kyodo) ==Kyodo

"I can take a positive out of it," said Horishima of missing the top-10 and his first chance at securing a place in the final. "Now, I get a chance to see the hill early (on Saturday) to understand it better."

When he returns to Genting Snow Park on Saturday, he will have to advance from the second qualification as one of the top-10, then he will try to survive three finals for a shot at gold.

The familiarity that comes with the extra time on the hill should allow Horishima to better control his airs, the latter of which he lost control on Thursday.

"I took too much momentum into the jump," he said when explaining why he landed on the back of his skis on his final air.

The 24-year-old is no stranger to adversity, though, with his Olympic debut in 2018 in Pyeongchang also ending in disappointment when his challenge to the event's long-time master and eventual gold medalist, Canadian Mikael Kingsbury, ended in a DNF in the second final.

Since the games in South Korea, where he finished 11th, he changed his approach to training and focused on "abandoning my expectations," he said.

He has taken a quality over quantity approach and his technical advances gave him "great confidence" on the bumps.

But with Kingsbury still showing that he is the skier to beat with an imperious 81.15-point performance that allowed him to stroll into the finals in first place, Horishima has a mountain to climb.

"I have to think positively," he said after his run, probably because he has no other choice.