During their stay in the country from Feb. 14 to 18, the experts will evaluate the safety of releasing the treated water, with their visit to the Fukushima plant slated for Feb. 15, according to Japan's foreign and industry ministries. 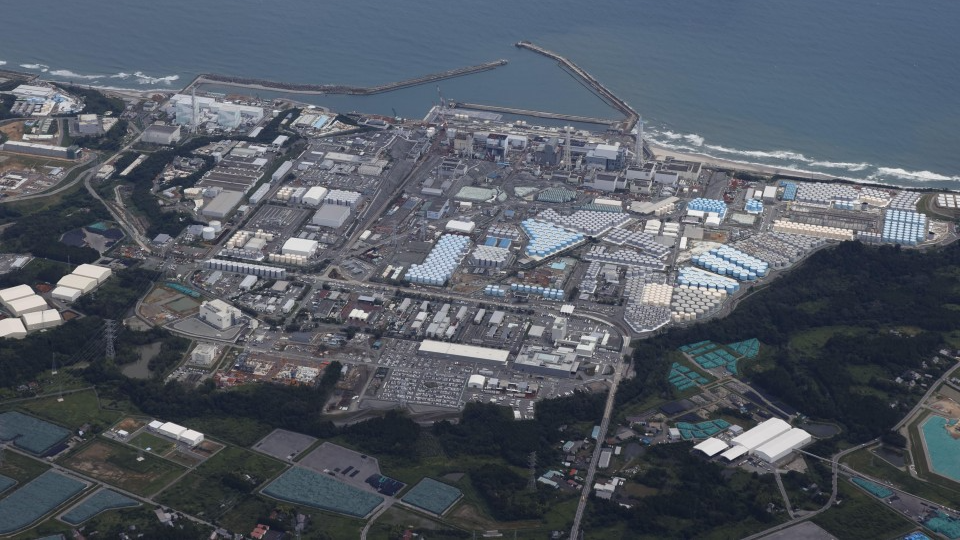 The planned release, slated to begin in the spring of 2023, has been opposed by China and South Korea, as well as local fishing communities.

The on-site assessment by the experts led by Gustavo Caruso, director and coordinator of the IAEA's Department of Nuclear Safety and Security, was initially scheduled for mid-December but postponed due to the rapid spread of the highly contagious Omicron variant of the coronavirus.

The team will also exchange views with the Japanese government and Tokyo Electric Power Company Holdings Inc., the operator of the Fukushima plant, on cooperation in dealing with the treated water, the industry ministry said, adding the IAEA will hold an online press conference on Feb. 18.

Water pumped in to cool melted fuel at the plant, crippled by the 2011 massive earthquake and tsunami in northeast Japan, has been accumulating at the complex. It has mixed with rain and groundwater at the site, becoming contaminated.

The water is treated using an advanced liquid processing system. The process removes most radioactive material except for tritium, which is said to pose few health risks. Tokyo decided in April last year to release the treated water into the Pacific Ocean.

To improve the transparency of the water discharge project, Japan's industry ministry and the IAEA have agreed that the international body will compile an interim safety evaluation report in 2022.