Japan's main opposition Constitutional Democratic Party of Japan will cooperate with other opposition forces to jointly secure more than half of the contested House of Councillors seats in the election in summer, the party's leader said Sunday.

In the upcoming election for the 248-seat upper house, held every three years as the six-year term for half of its members expires, 125 seats will be contested.

Of those seats, 75 will be chosen in specific districts and 50 through proportional representation, including one of the seats in the Kanagawa district vacated in 2021. 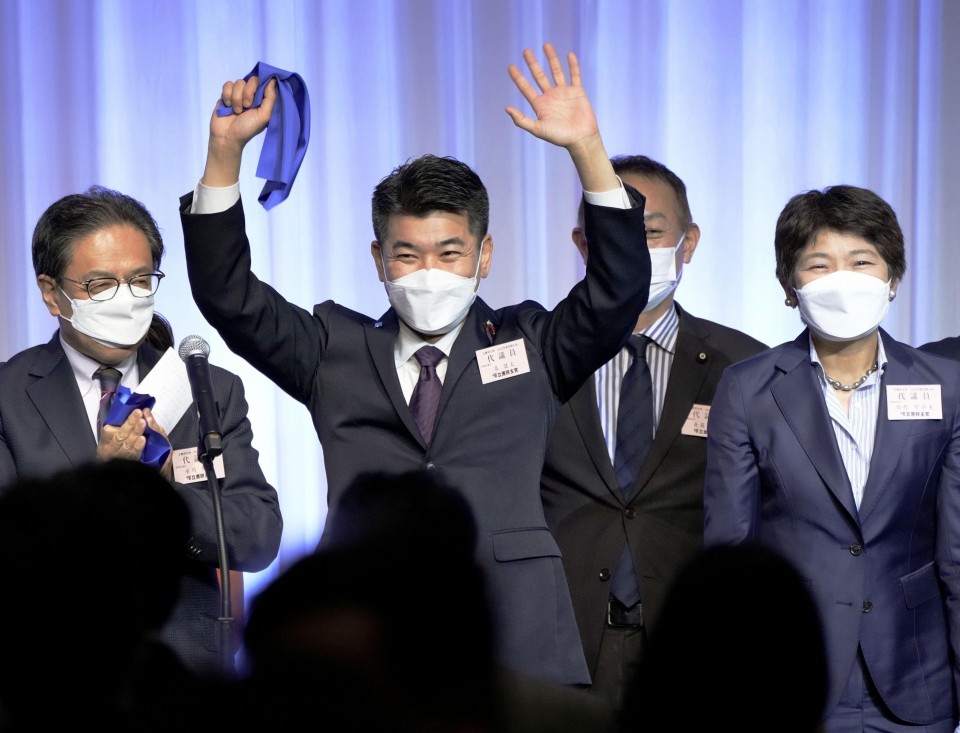 "The election headquarters and prefectural chapters will work cooperatively" to field a unified candidate in 32 single-seat constituencies, the CDPJ's leader Kenta Izumi said at a party convention held in Tokyo.

His party will also aim to have females account for half of its candidates in the election as part of its efforts to realize gender equality in the country, Izumi said.

Opposition parties will need to win 72 of the contested seats to collectively gain a majority in the House of Councillors.

The ruling coalition of the Liberal Democratic Party and Komeito need 57 seats to maintain their upper house majority. They currently have 136 members in the chamber, and the term for 68 of them will expire this summer.

In the general election last October, the LDP alone won 261 seats in the 465-member House of Representatives, while the CDPJ gained 96 seats.