Japan slaps sanctions on Belarus over Russian invasion of Ukraine

Japan will slap sanctions on Belarus over its "clear involvement" in the Russian invasion of Ukraine, zeroing in on President Alexander Lukashenko and other Belarusian individuals, Prime Minister Fumio Kishida said Monday just as talks between Kyiv and Moscow got under way.

Belarus, known for its close ties with Russia and serving as an entry point for Russian forces invading Ukraine, will also be subject to Japan's export controls. 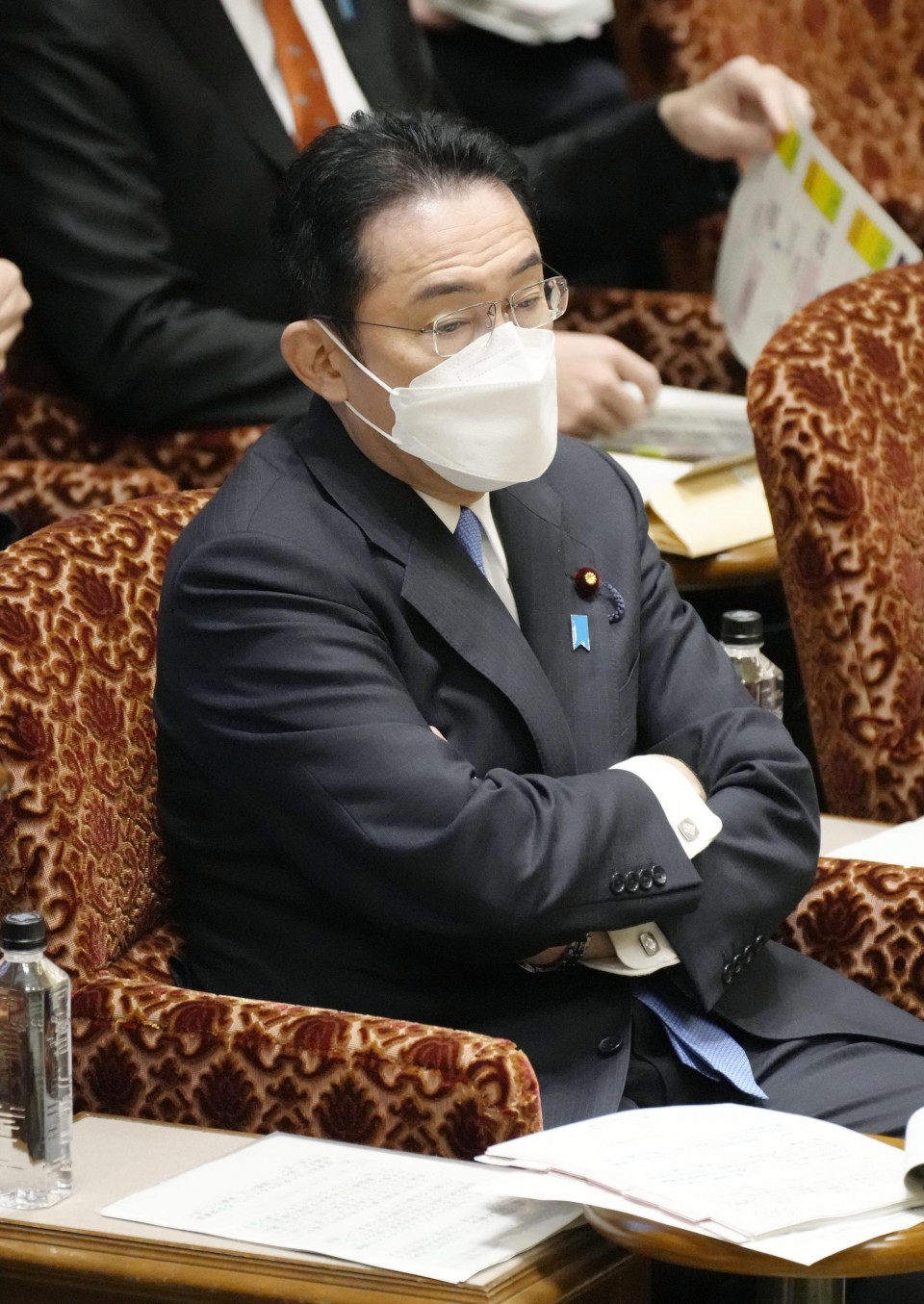 The scope of Japan's sanctions regime in response to the military attack launched last week now expands beyond Russia and two pro-Moscow separatist regions in Ukraine. The move is in line with steps taken by the United States and other nations.

Along with the announcement on Belarus, Kishida said the government will limit transactions with the Russian central bank. It is the latest escalation of sanctions aimed at dealing a severe blow to Russia's finances and the broader economy.

"We have to defend the very foundation of the international order, being united and resolute in our action with the international community," Kishida told reporters after holding phone talks with Ukrainian President Volodymyr Zelenskyy.

"President Zelenskyy highly valued and appreciated our nation's steps (against Russia and Belarus)," he said.

During the roughly 15-minute talks, Kishida criticized Russia's "reckless act of violence" as a serious violation of international law banning the use of force, according to the Japanese Foreign Ministry.

Zelenskyy explained the situation in Ukraine to Kishida as well as his government's response, but the Japanese prime minister refrained from giving further details.

The two leaders spoke in mid-February before the Russian military's advance and agreed that a diplomatic solution to the crisis was important.

Tensions had already been high amid Russia's amassing of troops near Ukraine's borders, with Putin demanding assurances from the United States and its allies that the North Atlantic Treaty Organization would not expand eastward to include Ukraine.

Japan has been taking a tougher stance than when it imposed sanctions following Russia's 2014 annexation of Crimea. Russia's use of force to unilaterally change the status quo has challenged the post-Cold War architecture, raising concerns in Europe and beyond.

During a parliamentary session on Monday, Kishida criticized Russian President Vladimir Putin for putting Russia's nuclear forces on high alert, saying, "It is risky behavior that further destabilizes the situation."

Japan has already decided on a slew of sanctions against Russia, including asset freezes on banks and export curbs.

It announced further punitive steps, such as asset freezes on Putin and other Russian government officials, and joined efforts by other Group of Seven nations to exclude some Russian banks from a key international payment system known as SWIFT.

The amount of assets held by Putin in Japan has not been disclosed.

Japan has been seeking to assist Japanese nationals in evacuating from Ukraine if they wish to and has arranged chartered flights from Poland. It has set up a temporary liaison office in the southeastern Polish city of Rzeszow.

"For Ukrainians living in Japan who are worried about going back (to Ukraine), we will allow extended stays," Kishida said.

G-7 vows to cooperate on sanctions on Russia, support for Ukraine