Four days after relinquishing his men's figure skating crown at the Beijing Winter Games, two-time gold medalist Yuzuru Hanyu said Monday he was undecided about whether he would make another tilt at the Olympics.

Speaking at a packed press conference televised live in Japan, the 2014 and 2018 Olympic champion said his experience in Beijing had reminded him there was no other competition like the games, but he was still considering his next move. 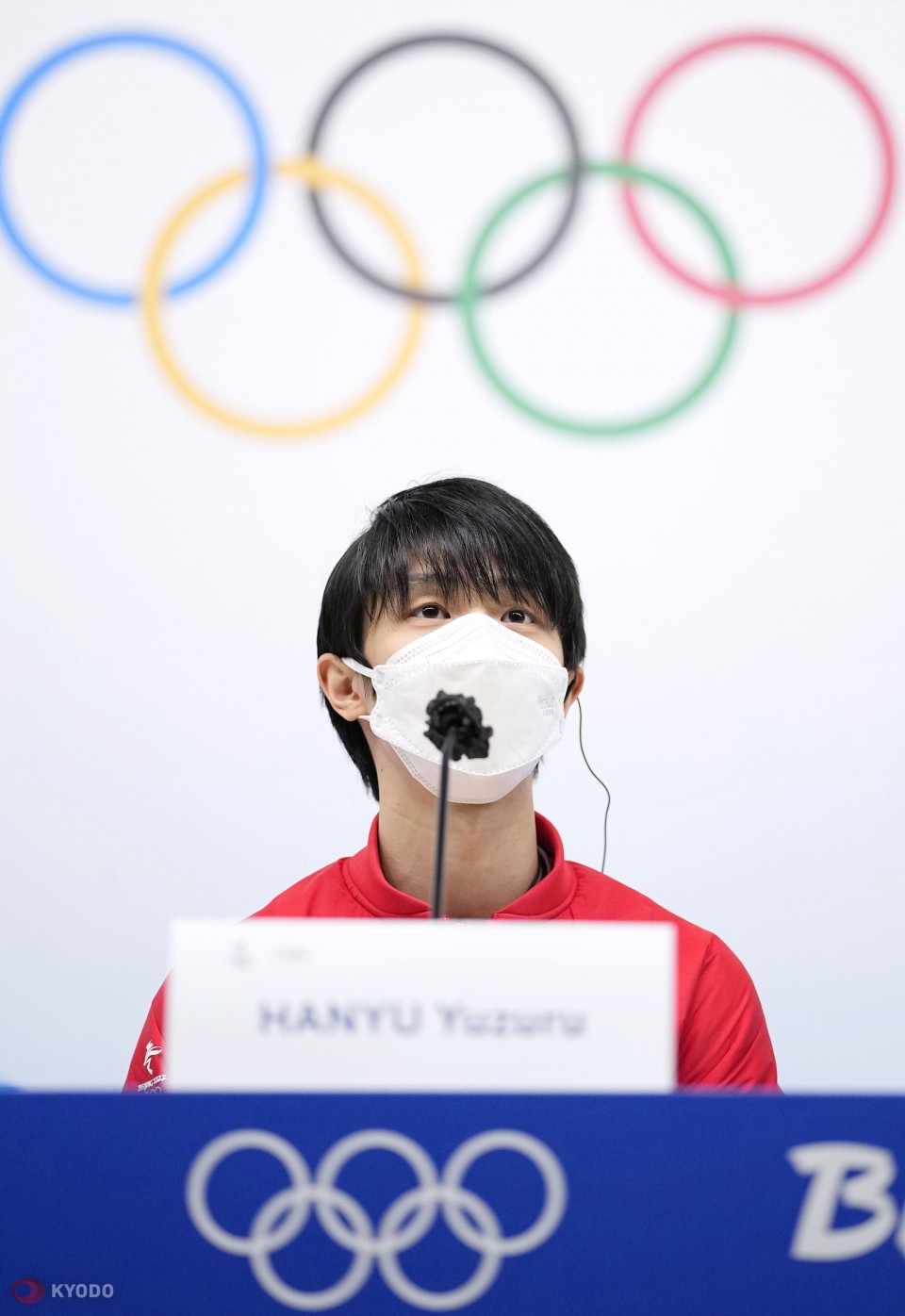 Japanese figure skater Yuzuru Hanyu speaks at a press conference in Beijing during the Winter Olympics on Feb. 14, 2022. (Kyodo) ==Kyodo

"If you ask me whether these are my last games, I don't know," said Hanyu, who finished fourth in the men's singles. "The Olympics are a special place, one of a kind. It's (something) that you want to take on, even if you're hurt."

While he would not commit to this being the end of his Olympic career, it is clear he is completely comfortable with his place in the sport's pantheon.

"I said the same thing before: I am the king of the Olympics. I have two consecutive gold medals (and) I am very proud of this achievement," he said.

The 27-year-old great revealed he had needed a painkilling injection in his troublesome right ankle before taking the ice for the free skate at the Capital Indoor Stadium, where American Nathan Chen won gold ahead of Japanese skaters Yuma Kagiyama and Shoma Uno.

Hanyu said he had badly sprained the ankle practicing on the eve of the free skate, but managed to compete with help from people around him.

"I realize once again that I am supported by so many people," Hanyu said. "It even hurts to walk at the moment, but still I am receiving a lot of treatment and support. I really want to share my gratitude."

Despite the ankle injury, Hanyu has continued to practice for Sunday's figure skating gala, although he has yet to decide whether he will take part.

"Honestly speaking, I'm not supposed to be skating right now, but I wanted to skate so badly, that's the reason why I practiced," he said.

Hanyu's Beijing Olympic campaign got off to a horror start in the short program when he popped his first jump, a quad salchow, after his skate caught a hole in the ice, but he said he was happy with the routine despite the mishap.

"The ice didn't quite like me that day," he said. "However, I managed to continue until the very end and do very good jumps after the first one."

And while his bid to land the first quad axel in competition ended with him under-rotating and falling to the ice in the free skate, Hanyu said he had met his own unique expectations with the jump.

"I wanted to land the quad axel because my nine-year-old self still lives inside me, and he kept telling me I had to land it," Hanyu said.

"But this time when I jumped the quad, that nine-year-old version of myself actually congratulated me. In fact, he was actually jumping with me." 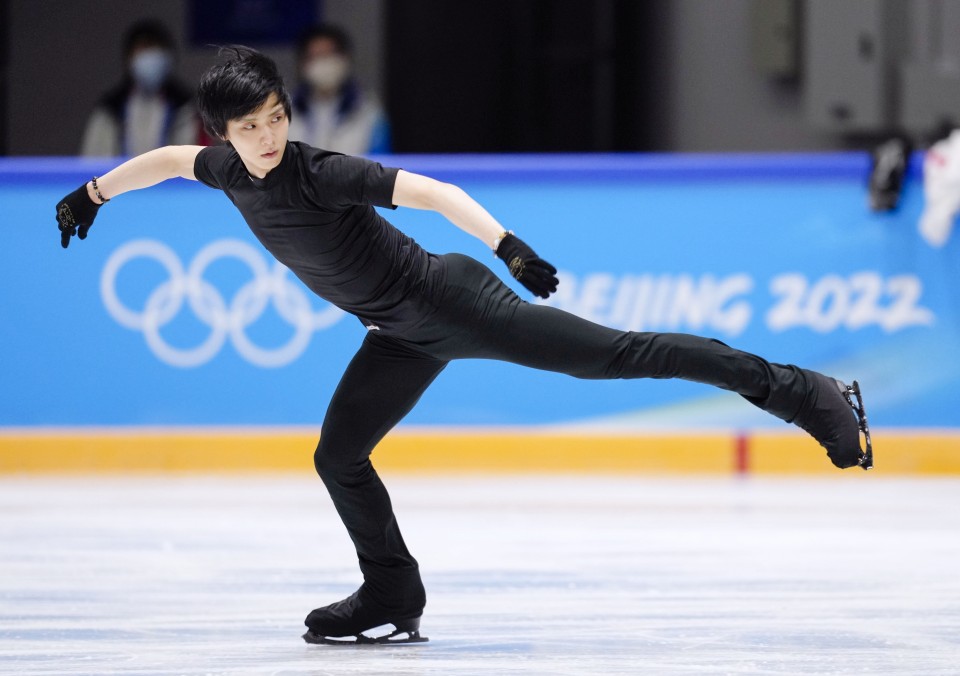 Yuzuru Hanyu of Japan resumes his training in Beijing on Feb. 14, 2022, after finishing fourth in the men's figure skating at the Winter Olympics in the previous week. (Kyodo) ==Kyodo

Hanyu said he had been buoyed by the outpouring of support he received in Beijing from Chinese fans, who sent him more than 20,000 letters.

In a further sign of his popularity, scores of local staff and volunteers crammed the area around the auditorium in the main Olympic press center for a glimpse of Hanyu before his conference, with many of them screaming and cheering as he emerged from an adjacent waiting room.

Hanyu admitted to feeling unburdened after losing his Olympic crown but said his pride had not diminished, nor had his desire to reach greater heights on the ice.

"I am going to cherish figure skating...and continue to strive to master the sport," he said.

"I don't think there's anything special about me. Yes, I used to be the king, but that doesn't make me special. I'm sure everyone takes on new challenges every day. That's what life is all about."