Business and education leaders from U.S. and European organizations on Wednesday urged the Japanese government to end its COVID-19 entry ban for nonresident business visitors and scholars, warning that the ban not only hurts Japan's economy but also risks the loss of future talent.

"The entry ban has really imposed an increasing economic and human cost...and has set back the efforts to revive Japan's economy," said Christopher LaFleur, an adviser to the American Chamber of Commerce in Japan, who virtually attended a press conference at the Foreign Correspondents' Club of Japan. 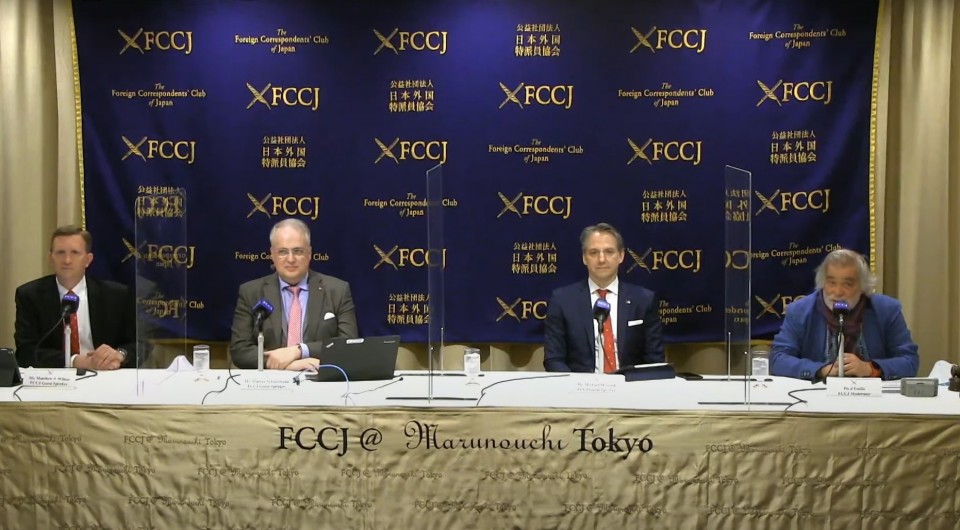 Screenshot shows business and education leaders from U.S. and European organizations at a press conference in Tokyo on Feb. 9, 2022. (Courtesy of the Foreign Correspondents' Club of Japan)(Kyodo) 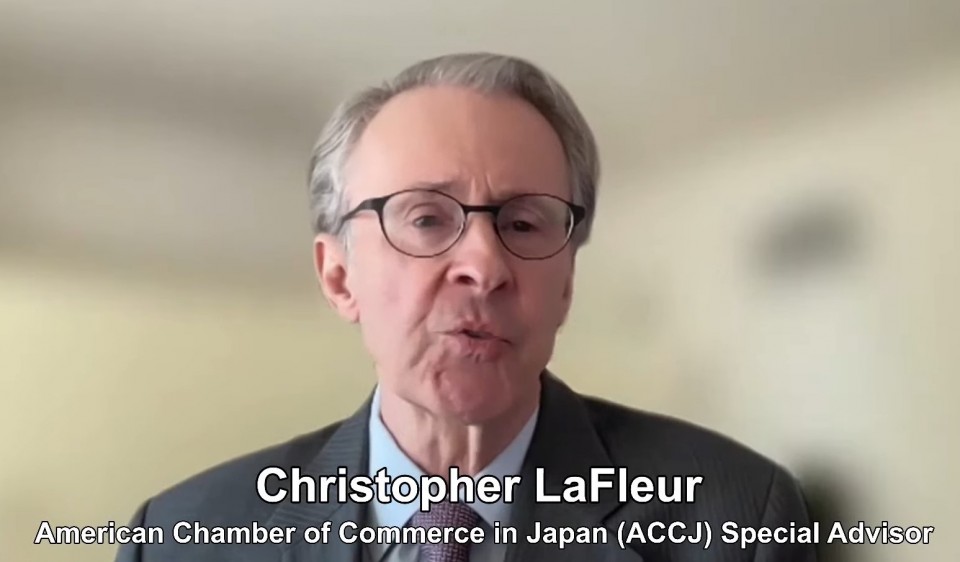 Screenshot shows Christopher LaFleur, an adviser to the American Chamber of Commerce in Japan, at a press conference in Tokyo on Feb. 9, 2022. (Courtesy of the Foreign Correspondents' Club of Japan)(Kyodo)

He said that while Japan aims to attract more foreign investors, the ban will "negatively affect their investment decisions," urging the country to adopt a science-based policy by permitting vaccinated business travelers and scholars to enter.

Japan has banned entries by foreigners in principle since Nov. 30 amid the spread of the highly contagious Omicron variant of the novel coronavirus.

Michael Mroczek, chairman of the European Business Council in Japan, said at the press conference that insufficient reporting by Japanese media about repercussions brought by the entry ban is part of the reason behind a lack of urgency for the Japanese government to resolve the issue.

Mroczek, who met with Japanese Prime Minister Fumio Kishida earlier in the day, said, "The government is aware that travel restrictions cause troubles, have a negative impact on the economy."

But he also said it appears that "nothing will change until the end of this month", adding, "Let's remain hopeful that from the first of March there will be some changes with respect to the travel restriction."

Matthew J. Wilson, dean and president of Temple University's Japan Campus, touched on the impact on foreign students, saying the entry ban is deflecting international scholars to other locations such as South Korea, Australia and Taiwan.