The Beijing Olympics' ice suit-wearing panda mascot Bing Dwen Dwen was a huge hit with shoppers in China -- until it started talking in a deep, male voice.

The revelation of the Olympic mascot's "uncle" voice, which came in a program on China's state-run China Central Television on Tuesday, generated some social media backlash from Bing Dwen Dwen fans, making organizers break into an icy-cold sweat.

Bing Dwen Dwen, which has appeared at different Olympic venues, was interviewing Chinese skier Yang Shuorui when it asked her a question in a baritone voice, after which viewers also got an "accidental" glimpse of the male reporter inside the ice suit. 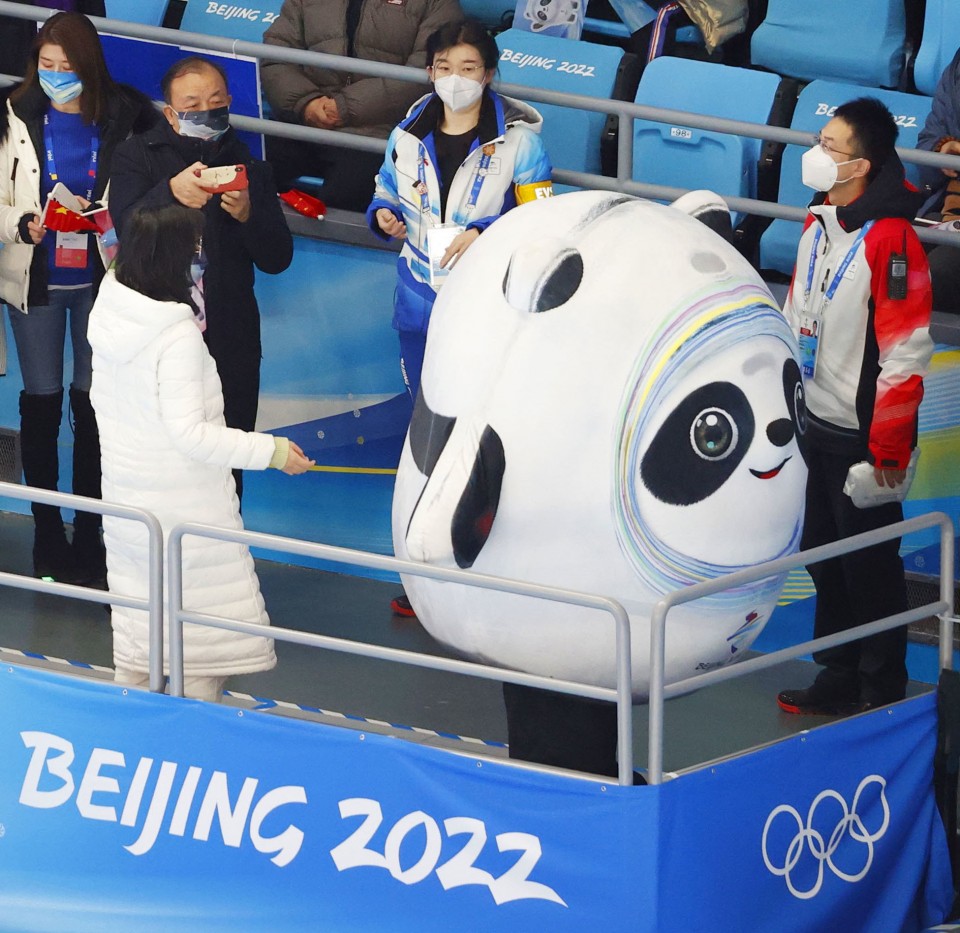 Olympic organizers are keeping busy trying to stop the online chatter from tarnishing the image of Bing Dwen Dwen. The stuffed animal version of the mascot has become so sought-after that people are camping overnight to buy it in Beijing.

It is such a hot item that production has been ramped up in the middle of the games to meet demand.

According to CNN, CCTV pulled the interview from its website on Wednesday and censors banned certain hashtags on social media platform Weibo like "Bing Dwen Dwen started talking."

Organizers are going out of their way to protect the secret identity of the mascot, denying the incident ever happened.

"It's a lie (that Bing Dwen Dwen spoke)," and "When did (Bing Dwen Dwen) ever speak?," were the responses fans got when they commented on the official Beijing Olympics Douyin account, regarded as the Chinese version of TikTok.