Japan has lodged two protests with Russia after Moscow announced it will hold military exercises this month around islands claimed by Tokyo, the government said Monday.

Chief Cabinet Secretary Hirokazu Matsuno said the protests were made on Thursday and Friday after Russia issued navigation warnings ahead of target practice exercises from Tuesday through March 1 in the sea southeast of Kunashiri Island. Moscow has also said it will test fire some missiles from Monday through Feb. 25 in a wide area covering the Northern Territories as well as Japan's exclusive economic zone.

Kunashiri is one of several disputed islands off Japan's northern main island of Hokkaido called the Northern Territories by Tokyo and the Southern Kurils by Moscow. 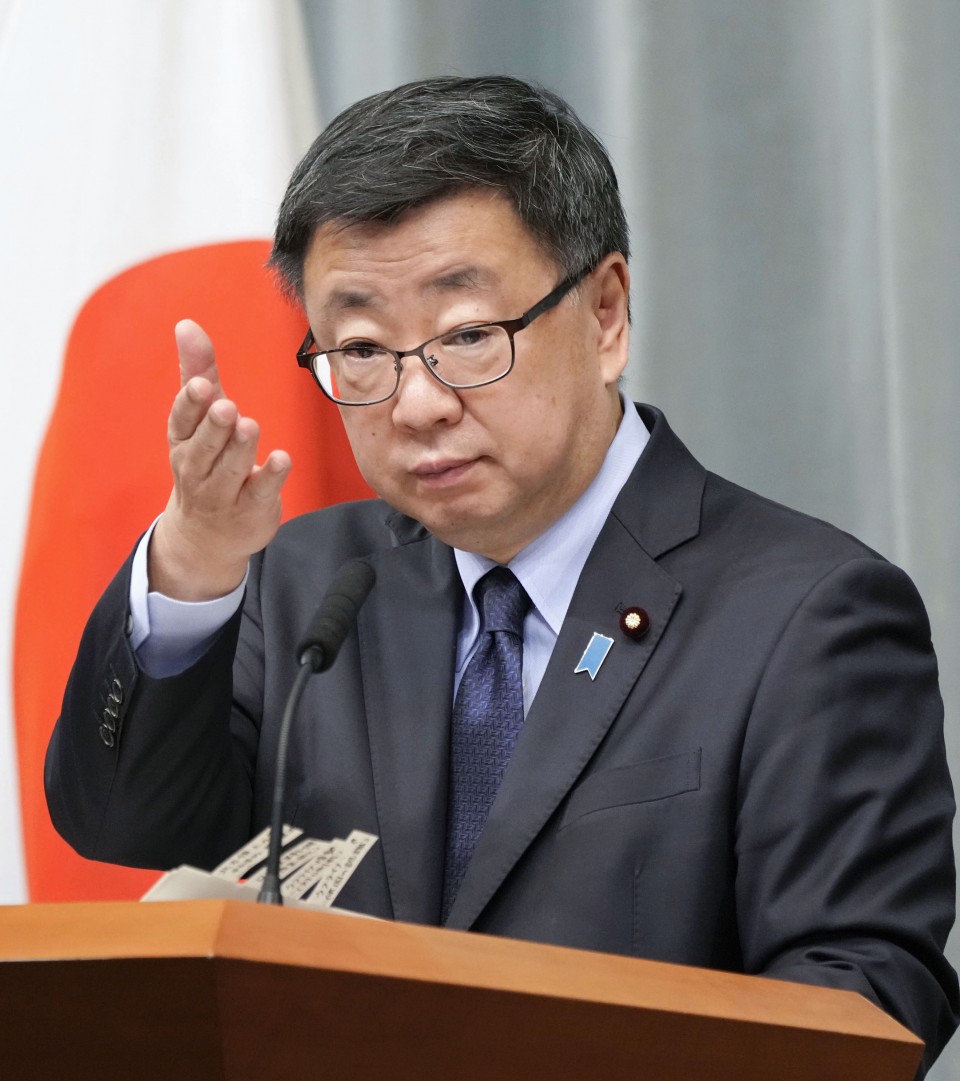 "Russia's further armament of the four northern islands conflicts with Japan's stance and is not acceptable," Matsuno, the top government spokesman, said at a regular news conference. "We have conveyed that we are closely following Russian military's activities in areas around our country, including the Northern Territories."

Tokyo claims the Soviet Union seized the islands, also including Etorofu, Shikotan and the Habomai group of islets, illegally soon after Japan's surrender in World War II in August 1945, while Moscow argues it did so legitimately.

On Monday, an annual national rally to demand the return of the disputed islands was held in Tokyo, with Prime Minister Fumio Kishida reiterating Japan's pledge to resolve the row, which has prevented Tokyo and Moscow from concluding a postwar peace treaty.

"It is truly regrettable that 76 years after the war, the Northern Territories issue remains unresolved and a peace treaty has not been signed by Japan and Russia," Kishida told the gathering, which was largely held online with only a few participants attending amid the coronavirus pandemic.

"I will tenaciously advance negotiations in accordance with (bilateral) agreements made so far," including one in 2018, Kishida said.

During a 2018 summit meeting, Japan and Russia reaffirmed they would carry out peace treaty talks based on a 1956 joint declaration, which states two of the four islands -- Shikotan and the Habomai islet group -- will be handed over to Japan following the conclusion of a peace treaty.

Matsuno, however, said the government's stance to negotiate the return of the four islands remains unchanged.