The Japanese government revoked Friday a construction firm's permit to accept foreign technical trainees after a Vietnamese man suffered serious injuries as a result of assaults by Japanese coworkers for about two years.

The firm called Six Create in Okayama Prefecture in western Japan is prohibited from accepting technical trainees for the next five years under the administrative punishment issued by the Immigration Services Agency of Japan and the labor ministry. 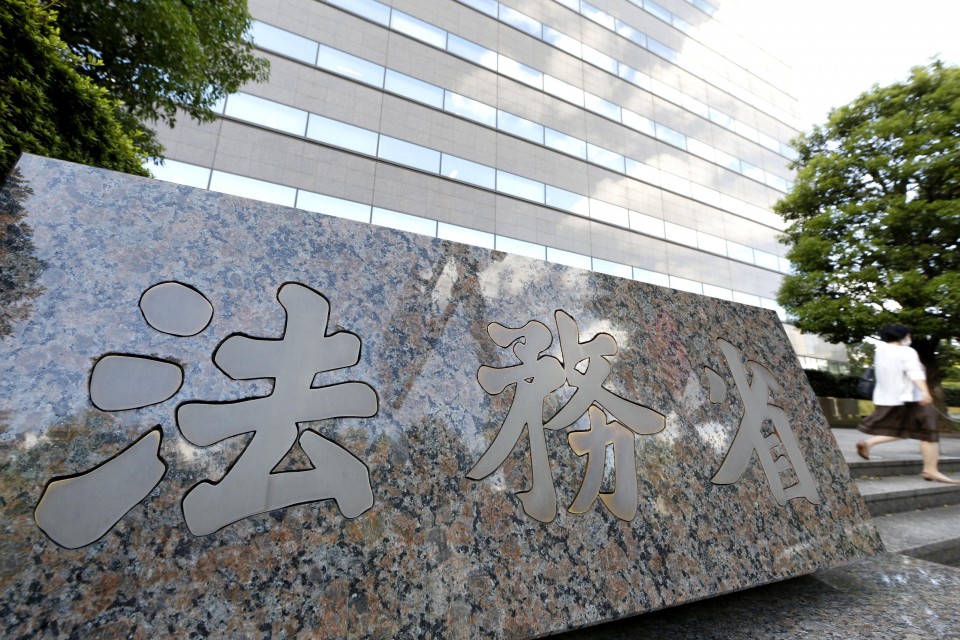 Photo taken in September 2021 shows the building which houses the Justice Ministry in Tokyo. (Kyodo)

The immigration agency has admitted that "human rights violations including assault" took place at the company, although it declined to disclose details.

The Vietnamese trainee, 41, has said he arrived in Japan in the fall of 2019 and that the abuse began around a month after he started work. He sustained serious injuries, including broken bones.

Video footage of the violence showed him being punched, hit about the head and body with a broom, and berated for failing to speak Japanese properly.

The man is demanding an apology and compensation from the construction company and an intermediate body which introduced the man to the company.

The agency is studying whether to file a criminal complaint against the Japanese coworkers and to take any action against the intermediate body, also based in Okayama.

The man, speaking on condition of anonymity, told reporters last month in Tokyo that he felt unable to report his abuse to police for fear of retaliation.

"What I was most afraid of was that I might no longer be able to work at the company and be sent back to Vietnam," he said in a virtual news conference. "I was very scared and panicked and did not know what to do."

Japan established the technical internship program in 1993, aiming to transfer skills to developing countries. But it has been criticized for creating a hotbed of exploitation and accused of providing a cover for companies to import cheap labor from other Asian countries.