G-7 vows to cooperate on sanctions on Russia, support for Ukraine

The foreign ministers from the Group of Seven major developed nations pledged Sunday to work together on further sanctions against Russia and support for Ukraine in response to Moscow's invasion of the Eastern European country, the Japanese government said.

Strongly condemning Russia's aggression, the G-7 foreign policy chiefs also underlined their backing for Ukraine's sovereignty and territorial integrity during their two-hour online meeting, according to the Japanese Foreign Ministry. 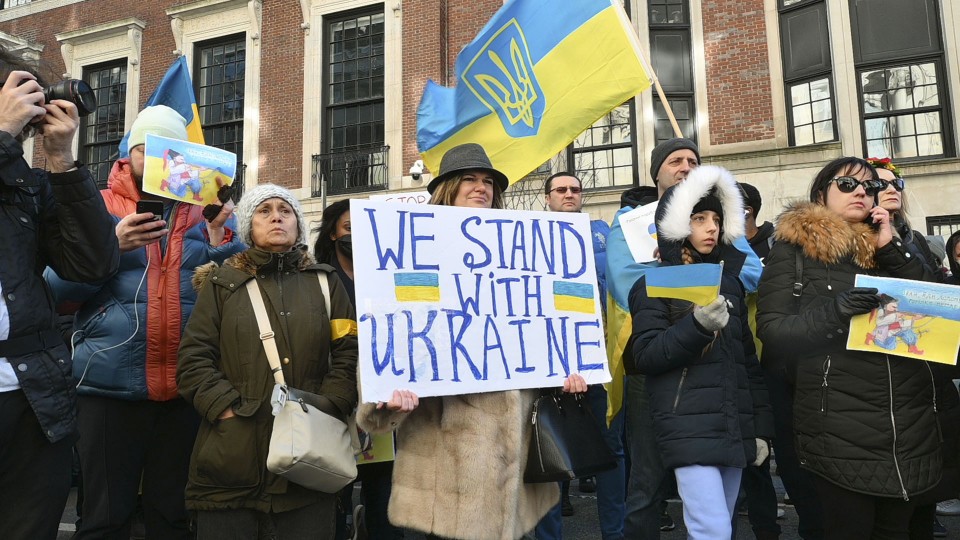 Ukrainian residents gather in front of the Russian Consulate General in New York on Feb. 27, 2022, to protest against Russia's invasion of Ukraine. (Kyodo) ==Kyodo

Foreign Minister Yoshimasa Hayashi said at the meeting that Tokyo will join efforts by the other G-7 members to exclude some Russian banks from a key international payment system known as SWIFT, the ministry said. The policy had been announced by Prime Minister Fumio Kishida hours earlier.

Keeping pace with other Western nations, Hayashi also said Japan will freeze assets held by Russian President Vladimir Putin and other Russian government officials, and extend emergency humanitarian assistance worth $100 million to Ukraine, according to the ministry.

Ukraine Foreign Minister Dmytro Kuleba joined the virtual gathering for the last 45 minutes, expressing his gratitude for the G-7 nations' support. The other foreign ministers showed their solidarity with the Ukrainian government and people of the country, the ministry said.

Announcing the decision on SWIFT on Saturday, the leaders of Britain, Canada, the European Union, France, Germany, Italy and the United States said in a joint statement, "Russia's war represents an assault on fundamental international rules and norms that have prevailed since the Second World War."

U.S. Secretary of State Antony Blinken welcomed Japan's additional financial sanctions against Russia, saying the steps demonstrate "the unity and resolve of the United States, Japan, and other G-7 partners to stop Russia's aggression in Ukraine."

The G-7 nations "have never been more aligned across the globe to defend and preserve the freedom and sovereignty of Ukraine," Blinken said, adding Japan's "strong and decisive steps" will help "impose massive costs on Russia and thwart its ability to wage its war of choice on Ukraine."

Washington, the EU and other U.S. allies including Japan had already unveiled a series of sanctions on Russia such as the freezing of assets held by certain Russian banks. 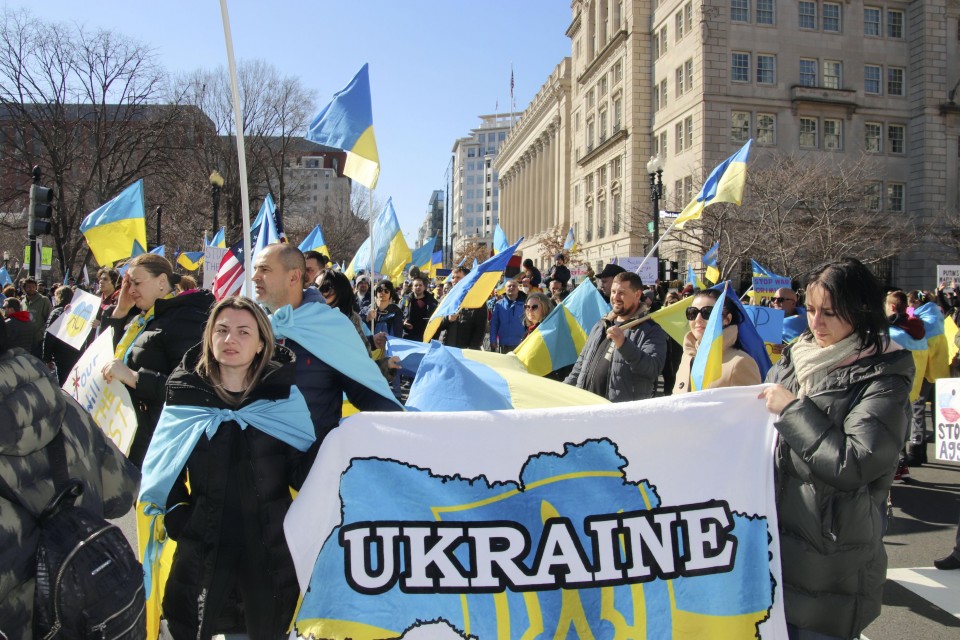 People protest the Russian invasion of Ukraine near the White House in Washington on Feb. 27, 2022. (Kyodo) ==Kyodo 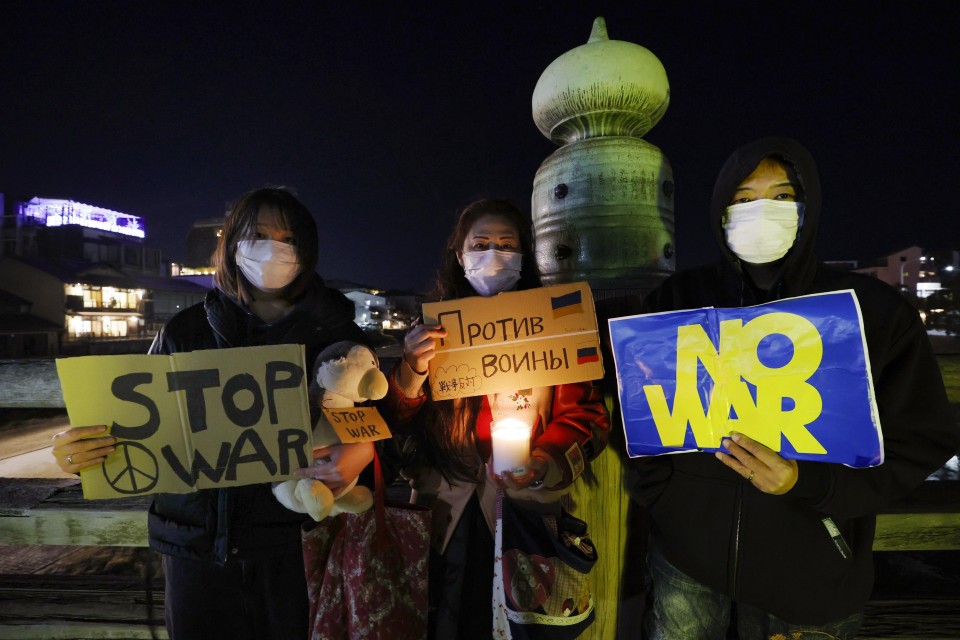