Japan's gross domestic product per capita will fall behind that of South Korea in 2027 and Taiwan in 2028, according to a recent projection by a Tokyo-based research institute, citing long-term low productivity on the back of slow progress in digitalization of the world's third-largest economy.

The inflation-unadjusted nominal GDP, the total value of goods and services produced in the nation, per person is projected at $46,519 in South Korea in 2027 and $47,305 in Taiwan in 2028, compared to the $45,607 and $46,443 forecast for Japan in the respective years, according to estimates released last month by the Japan Center for Economic Research or JCER. 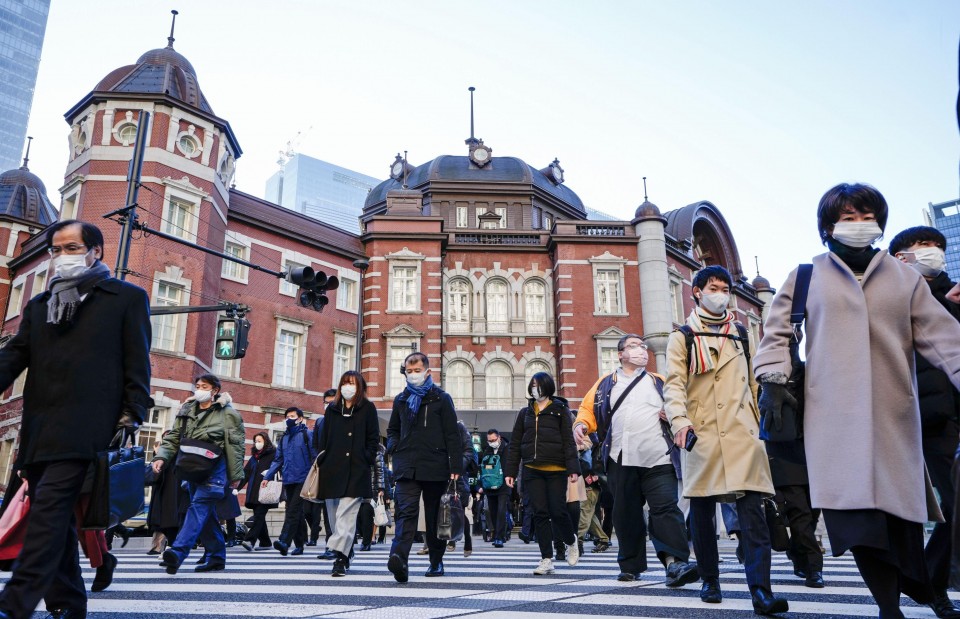 "The biggest obstacle for Japan's economic growth is its low birthrate and aging population, but South Korea and Taiwan are in much the same case on that point, so the difference comes from their productivity and efforts for digitalization," said Atsushi Tomiyama, a principal economist at the research institute.

Japan's growth rate from 2021 through 2035 is forecast at 2.0 percent on average each year, lower than the 4.1 percent for South Korea and 4.2 percent for Taiwan, according to the projection that covered 15 Asian nations along with the United States, Canada and Australia.

Tomiyama told a recent online interview with Kyodo News that tech giants such as Samsung Electronics Co. of South Korea and Hon Hai Precision Industry Co. of Taiwan are serving as a driving force for growth.

South Korea has been known for its promotion of electronic government services since 2000s, and Taiwan has also made steady progress in digitalization under its digital minister Audrey Tang, Tomiyama added.

Japan remains behind in making good use of technology to improve efficiency as "Japanese people stick too much to conventional ways using (traditional) hanko seals and fax machines," Tomiyama said. "(The Japanese) value fairness above efficiency, which means the government would have to think of people vulnerable to digital tools at first."

When JCER released its estimates in December 2020, Japan's GDP per capita was projected to remain higher than those of South Korea and Taiwan until 2035 at the earliest, Tomiyama said.

The research firm estimates China's nominal GDP will stand at $35.84 trillion in 2033, outstripping $35.82 trillion for the United States the same year to make it the world's largest economy, four to five years later than the previous forecast.

But the United States is expected to return to the top spot in 2056, since the U.S. economy will likely maintain its population and productivity while China's dwindling population will weigh on its economic growth.