Mizuho Financial also tapped Deputy President Seiji Imai, 59, as its new chairman, effective on April 1. He takes over the post from Yasuhiro Sato, 69.

The newly appointed president said at a press conference that he will focus on "ensuring stable operations of the system and services" as a top priority.

"With deep reflection on the series of the system failures, we will assure our customers of our unwavering resolve" to revamp the group's operations, Kihara said.

The new management team will be formed as Mizuho looks to overhaul its rigid corporate culture, a major factor that is believed to have led to the 10 system failures of varying degrees it experienced over less than a year. 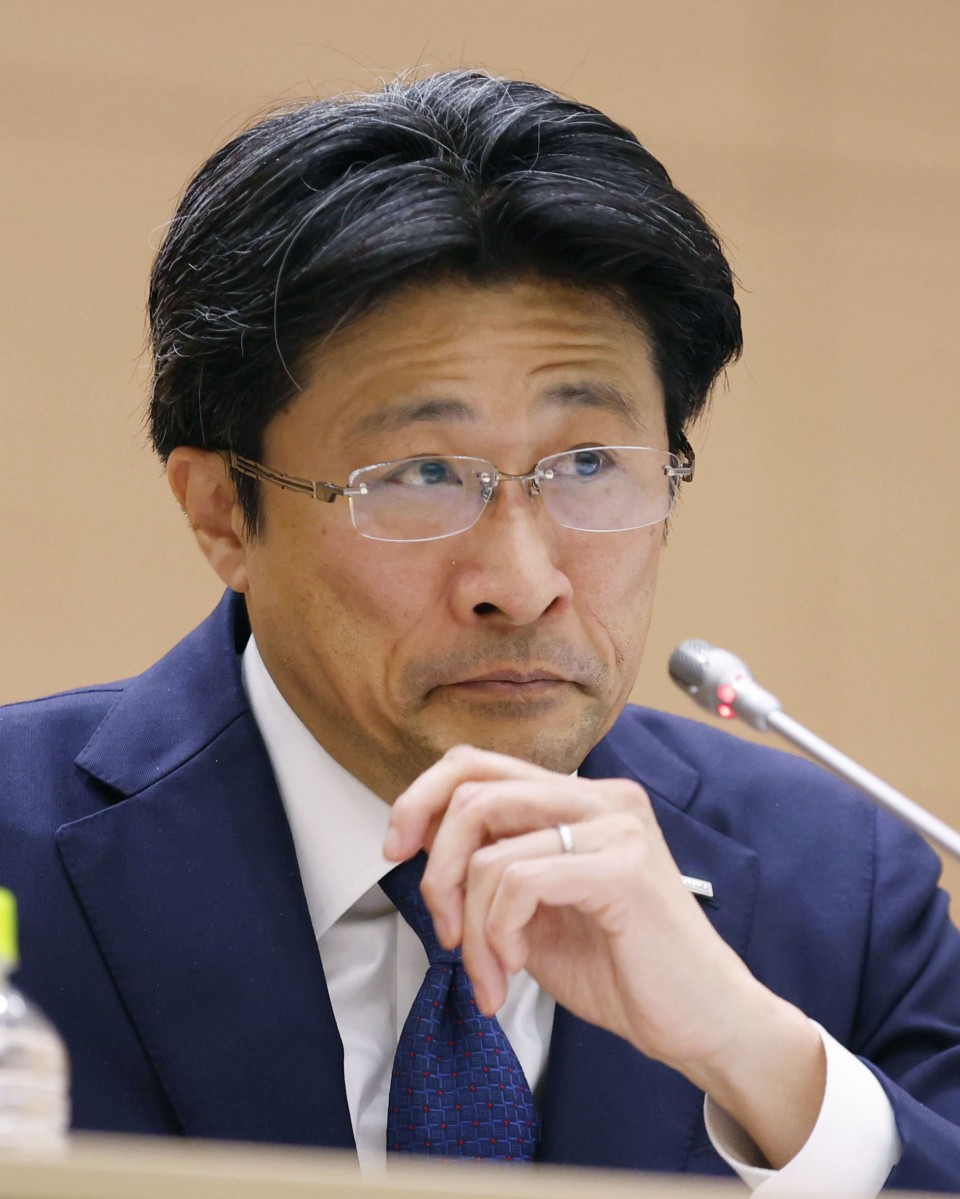 Masahiro Kihara is pictured at a press conference in Tokyo on Jan. 17, 2022. Mizuho Financial Group Inc. named Kihara as its new president the same day. (Kyodo)

Mizuho hit by system failure despite pledge to improve operations

All eyes are now on whether Mizuho Bank, one of Japan's megabanks, can make lasting improvements to its in-house technology in the wake of six separate incidents that occurred even after it submitted in June to financial regulators evidence of preventive measures it implemented following four system failures experienced since February last year.

The plans include measures to improve communication between management teams and onsite IT staff, as well as within the wider Mizuho group, as urged in a business improvement order made last November by the regulatory body.

When the FSA issued the improvement order, the agency said the Mizuho group cut back IT personnel and maintenance costs without an adequate assessment of what risks the policy could pose.

The regulators also criticized the financial group's corporate culture to "refrain from saying what needs to be said and only to do what was instructed."

In the first case of the system failures, transactions were temporarily suspended on Feb. 28 last year at about 80 percent of its automated teller machines, with more than 5,000 bank cards and bank books getting stuck inside the machines.