The western prefecture of Osaka the same day reported 5,396 new COVID-19 cases, far outstripping its all-time daily high of 3,760 over the weekend, while the Tokyo metropolitan government confirmed 5,185 new infections, topping 5,000 for the first time since Aug. 21 and increasing more than fivefold from a week earlier.

The nationwide count, which came to 32,197 on Tuesday, has quickly risen from just over 500 at the start of the year as the Omicron variant spread rapidly. After topping 10,000 on Jan. 12, it took only two days for the number of daily cases to double.

Due to the surge in new cases, Tokyo and other areas are asking the central government to place them under a quasi-state of emergency by which governors can request that restaurants and bars shorten their business hours and stop serving alcohol, and asking residents to refrain from traveling across prefectural borders. 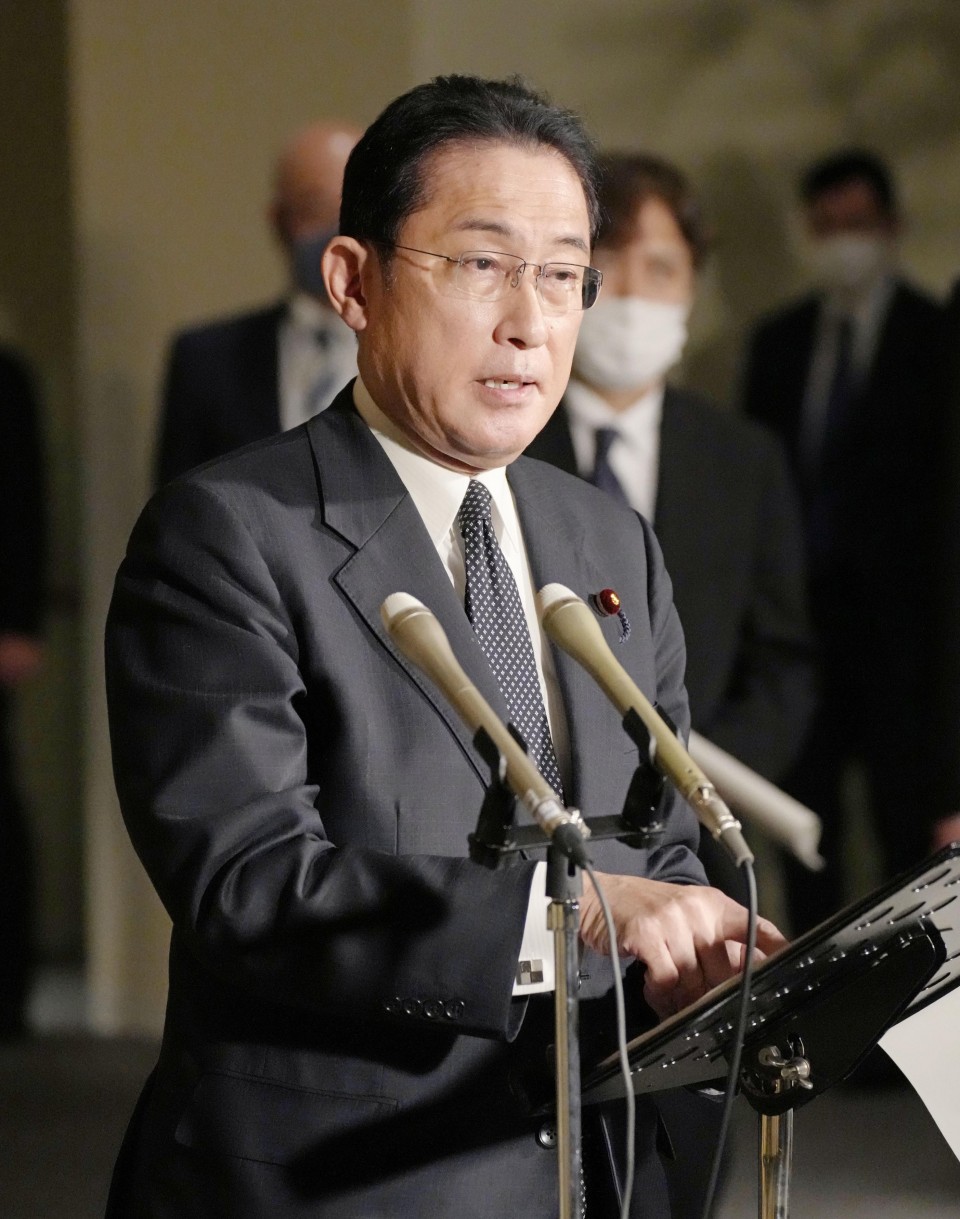 Prime Minister Fumio Kishida speaks to reporters on Jan. 18, 2022, at his office in Tokyo. (Kyodo)

Prime Minister Fumio Kishida said his government will consult a group of experts Wednesday on placing Tokyo and 12 more prefectures under the quasi-emergency measures from Friday through Feb. 13.

"We will remain on high alert to avert a crisis such as a shortage of hospital beds," Kishida told reporters.

The government will halt, in principle, implementation of a program to check whether people visiting places like dining establishments have been vaccinated twice or have proof of having tested negative for COVID-19 as a way of boosting economic activities, he said.

Prefectural governors can still choose to use the program and ease COVID restrictions at such establishments and events, he added.

Japan's top COVID-19 adviser Shigeru Omi met with Kishida earlier in the day over the virus situation and the necessary response.

"The Omicron variant is clearly different from existing variants. It is crucial to take effective measures that suit its characteristics," Omi told reporters after the meeting. 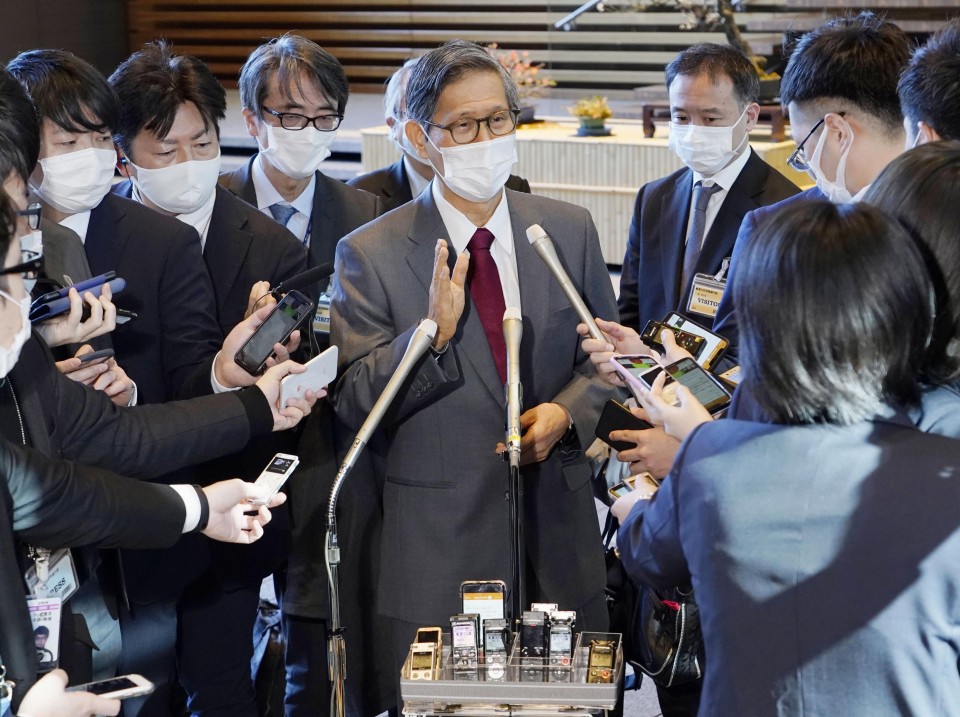 Japan's top COVID-19 adviser Shigeru Omi (C) speaks to reporters at the prime minister's office in Tokyo on Jan. 18, 2022, amid the rapid spread of the Omicron coronavirus variant. (Kyodo) ==Kyodo

The quasi-emergency measures, already in place for Hiroshima, Yamaguchi and Okinawa prefectures since earlier this month, is expected to be introduced across a wider area amid what health experts describe as the sixth wave of the pandemic.

Along with the governments of Tokyo and the three neighboring prefectures of Saitama, Chiba and Kanagawa, those of Gifu, Mie, Aichi, Nagasaki, Kumamoto, Miyazaki, Niigata, Kagawa and Gunma also requested to be placed under quasi-emergency measures due to fears over the rapid spread of the virus and strain on the medical system.

If declared, Japan would see 16 of its 47 prefectures under the antivirus measures.