The birth rate in mainland China slipped to a record low in 2021, government data showed Monday, despite efforts by the Chinese government to prevent the country's population from aging further.

The population aged 65 and over, meanwhile, accounted for 14.2 percent of the total in the mainland last year. 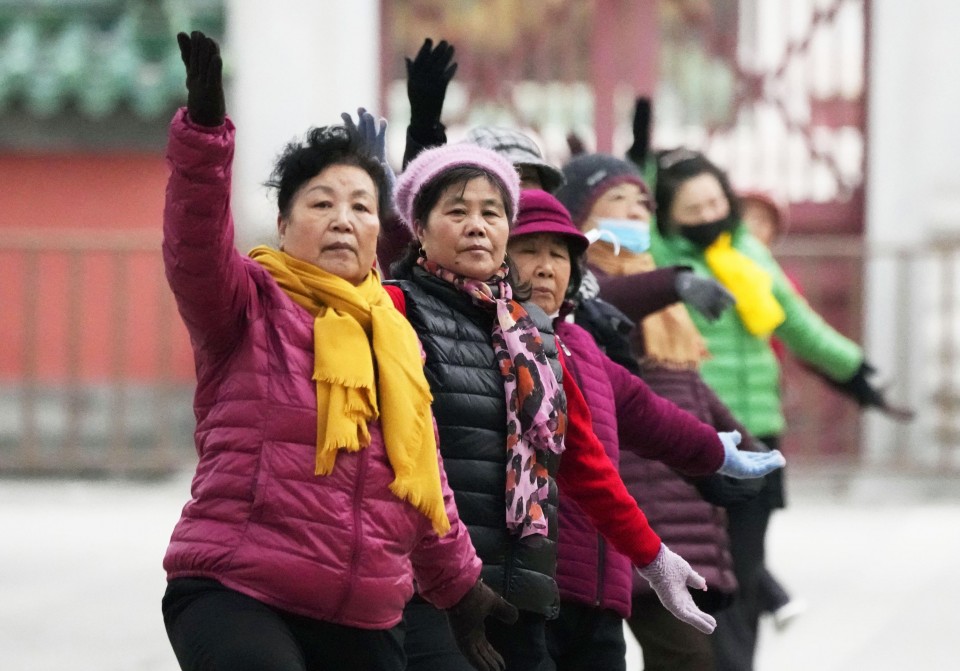 The latest data show that China has entered the era of being an "aged society" as defined by the United Nations, with the number of those aged 65 or above surpassing 14 percent of the country's total population.

China's population has been graying, due largely to its "one-child policy" introduced in 1979, but the policy was scrapped under President Xi Jinping's government in 2016 as concern grew that a rapidly aging population would constrain the nation's economic expansion.

Although the government has since permitted all married couples to have a second child, China has not seen a baby boom so far in spite of fears that a possible shrinkage of the population could undermine productivity at home.

In early 2021, the ruling Communist Party decided to allow married couples to have a third child as the country continued to grapple with the negative effects of the low birth rate.

Young people in China have recently been struggling to buy a house against the backdrop of a constant rise in real estate prices, while the country's pension, medical and welfare systems have not been fully developed.