Japan's Naomi Osaka cruised past American Madison Brengle on Wednesday, advancing to the Australian Open's third round for the fifth straight year.

Osaka, the defending women's champion and 13th seed, dispatched the 54th-ranked Brengle 6-0, 6-4 in a 1-hour, 5-minute second-round match at Rod Laver Arena. Osaka is aiming for a third title in Melbourne. She won her maiden Grand Slam title here in 2019. 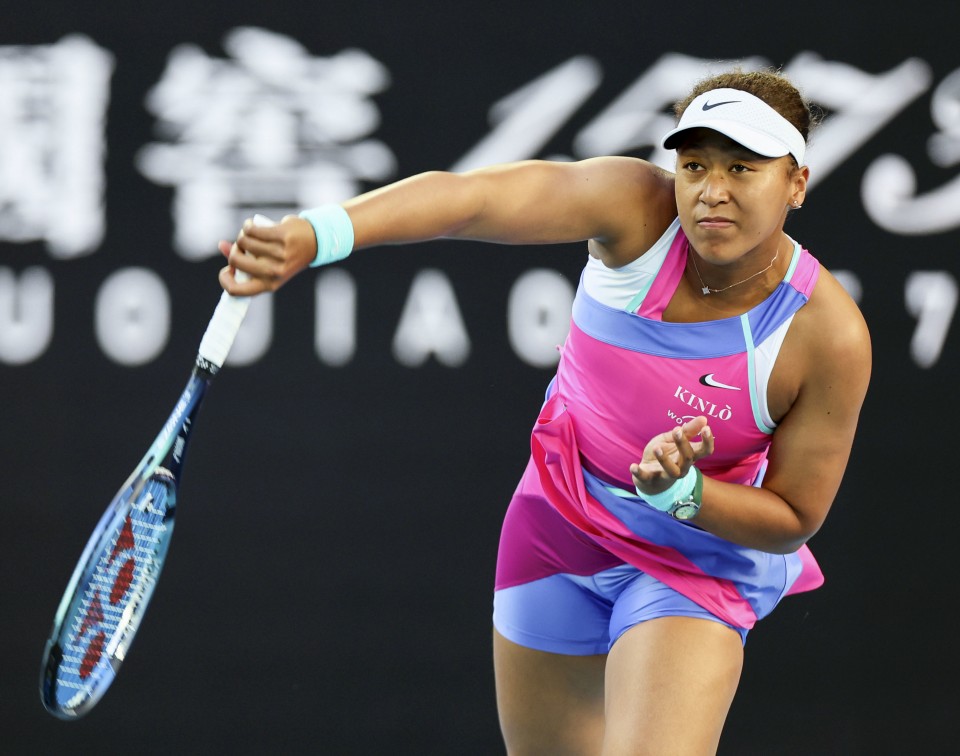 Naomi Osaka of Japan plays in the women's singles second round against Madison Brengle of the United States at the Australian Open tennis championships in Melbourne on Jan. 19, 2022. (Kyodo) ==Kyodo

The two-time champ fired eight aces and won 78 percent of her first serves, while dropping just one of the 10 break points she faced against her serve.

That break saw Osaka fall behind 4-3 in the second set, forcing her to break back to retain control.

"I returned pretty well," she said. "I worked on it during the offseason, and it really came in handy today."