North Korea fired what appeared to be a ballistic missile toward the Sea of Japan on Wednesday, its first launch of a projectile since last October, the Japanese and South Korean governments said, a move likely to prompt Tokyo to further study acquiring enemy base strike capabilities.

Japan's Defense Minister Nobuo Kishi told reporters the projectile was likely launched from an inland area of North Korea toward the east and was presumed to have landed outside the Japanese exclusive economic zone. 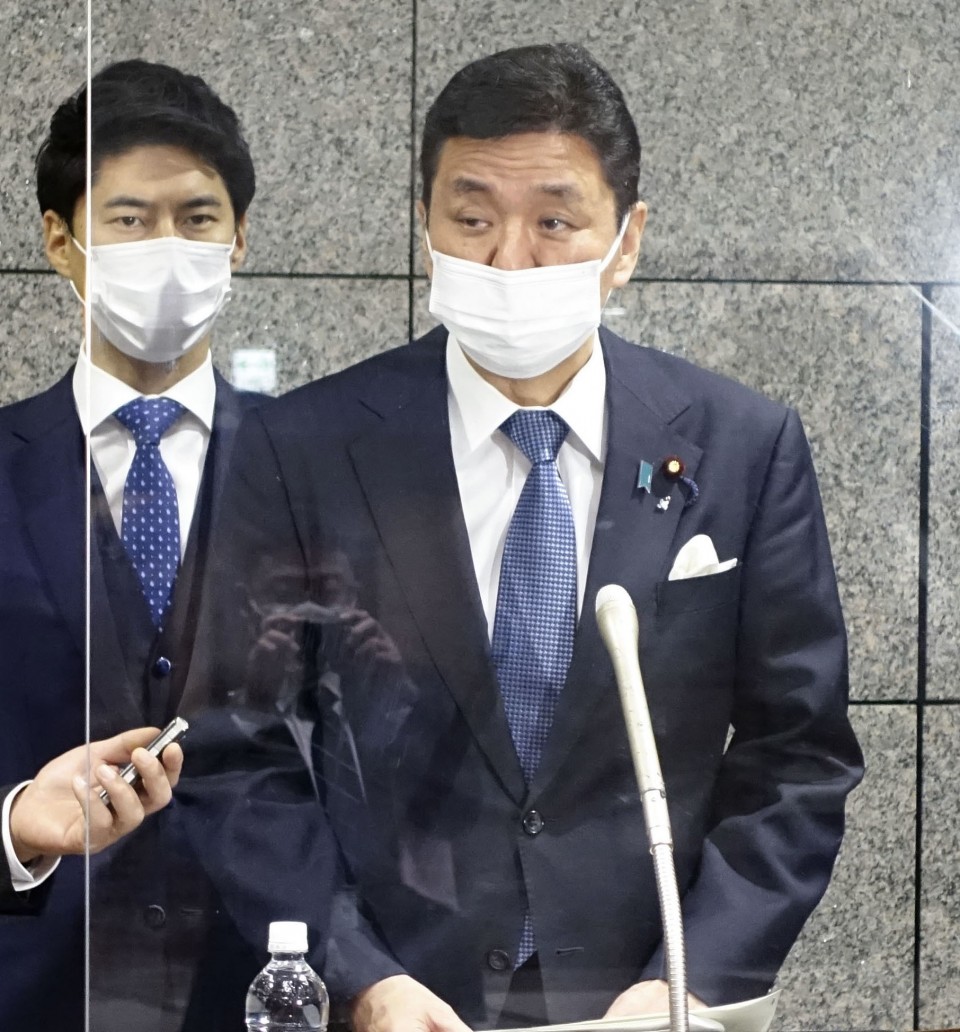 Kishi said the latest launch follows the launch by Pyongyang of some 40 missiles since May 2019 to ramp up the development of its missile technology.

Kishi said details of the launch are still under analysis but if the warhead flew on a normal trajectory, it would have traveled about 500 kilometers.

"Given these situations, we will consider all options, including the possession of so-called enemy base strike capabilities, and will continue to work to drastically strengthen our defense ability," Kishi said.

Prime Minister Fumio Kishida told reporters after the missile launch it is deplorable that North Korea has repeatedly launched missiles since last year, adding Japan will tighten surveillance on projectiles from the country. 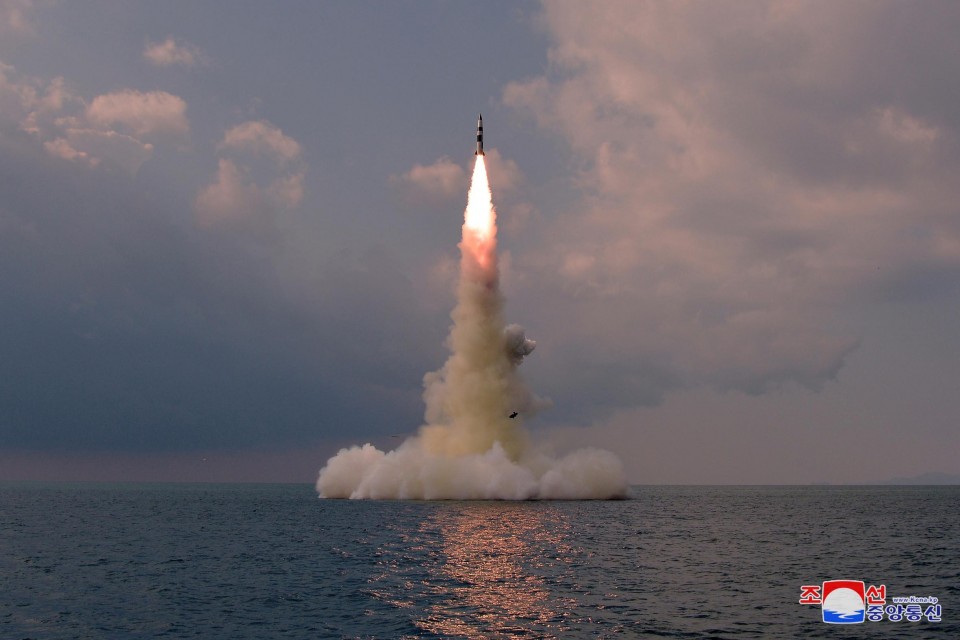 Photo shows a new type of ballistic missile being test-fired by North Korea on Oct. 19, 2021. (KCNA/Kyodo) 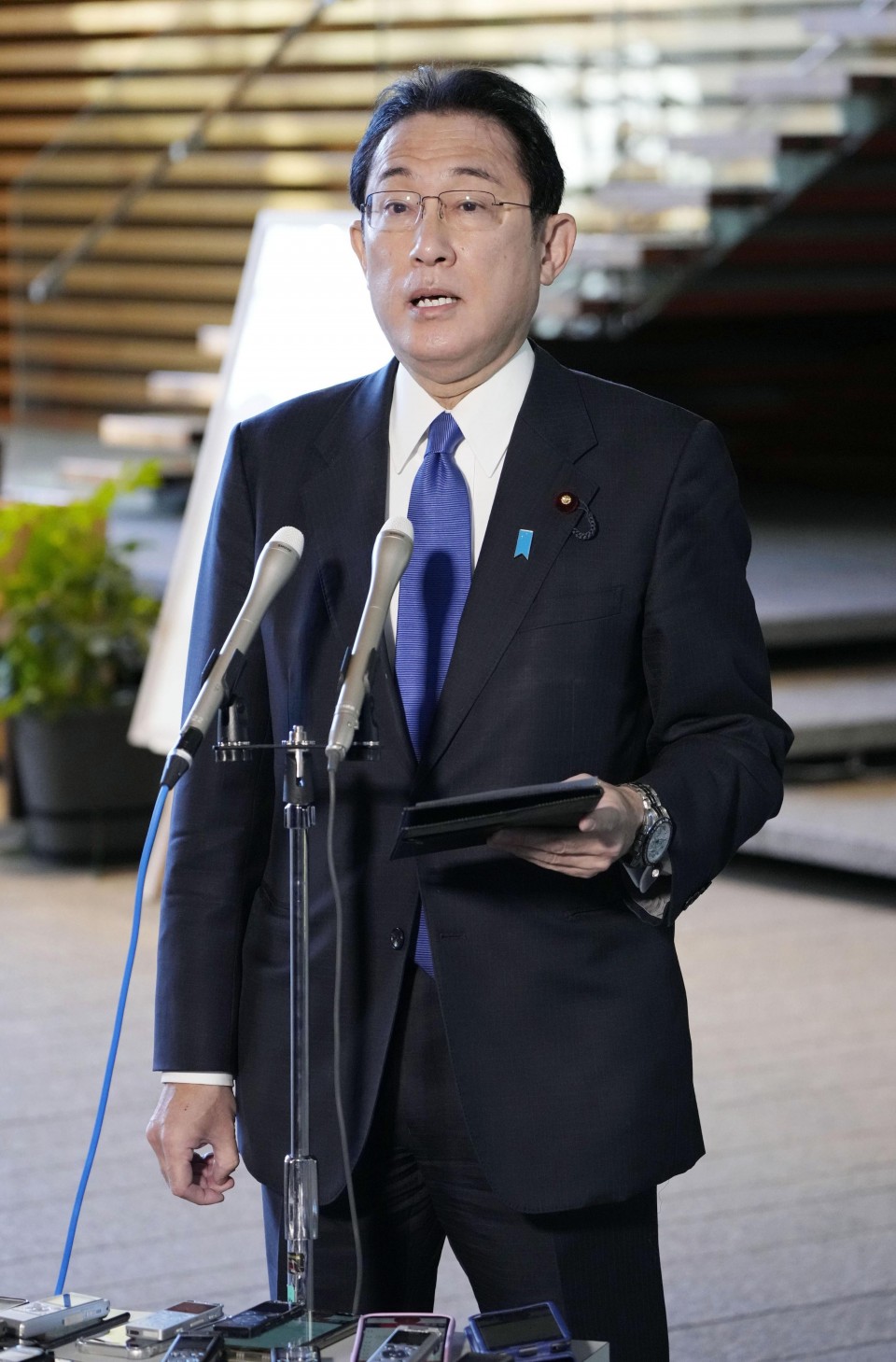 Japanese Prime Minister Fumio Kishida speaks to reporters at his office in Tokyo on Jan. 5, 2022, after North Korea fired what appears to be a ballistic missile. (Kyodo) ==Kyodo

The U.S. government called the projectile a ballistic missile and condemned the move.

"This launch is in violation of multiple U.N. Security Council resolutions and poses a threat to the DPRK's neighbors and the international community," a State Department spokesperson said, referring to the acronym of the Democratic People's Republic of Korea, North Korea's official name.

The U.S. Indo-Pacific Command separately said in a statement that the missile launch "highlights the destabilizing impact of the DPRK's illicit weapons program" and emphasized that the U.S. defense commitment to Japan and South Korea remains "ironclad."

South Korea's National Security Council also held an emergency meeting on the launch and officials at the meeting stressed the importance of resuming talks with North Korea to relieve tensions between the two Koreas, according to the Unification Ministry in a statement.

Regarding Japan's defense capabilities, the country currently does not have a system of equipment to attack enemy bases, but Kishida said last year in a policy speech that Tokyo will consider acquiring such a capability with North Korea's missile development and China's maritime assertiveness in mind.

Japan will collaborate closely with the United States, South Korea, and other countries concerned, and make every effort to collect and analyze relevant information and monitor the situation, Kishi said.

However, strained relations between Tokyo and Seoul over wartime issues have been a headache for the United States. Both countries are key allies of Washington, particularly in dealing with North Korea's nuclear and missile development threats.

North Korea last launched a projectile in October 2021, when it test-fired a new type of submarine-launched ballistic missile, adding to concern over the nuclear-armed nation's technological advances in hard-to-intercept weapons.

Pyongyang test-fired two short-range ballistic missiles from a rail-based system in mid-September last year, and launched what its state-run media said was a newly developed hypersonic missile later in the same month.

The reclusive country is also believed to be developing missiles that can fly along irregular trajectories to make them difficult to intercept with a conventional missile defense system.