Japan's Mai Mihara won her second Four Continents Figure Skating Championships title on Saturday with a personal best total score of 218.03 points after finishing top in the free skate to retain her lead from the short program in Tallinn, Estonia.

Mihara had a near-perfect free skate before her spin at the end of the program was shorter than originally planned, but that did not stop the 22-year-old from scoring 145.41 and securing victory at the tournament she first won in 2017.

Lee Hae In and Kim Ye Lim of South Korea came second and third, while Japan's Rino Matsuike logged a personal best of 202.21 to finish fifth and Yuhana Yokoi 185.34 for seventh. 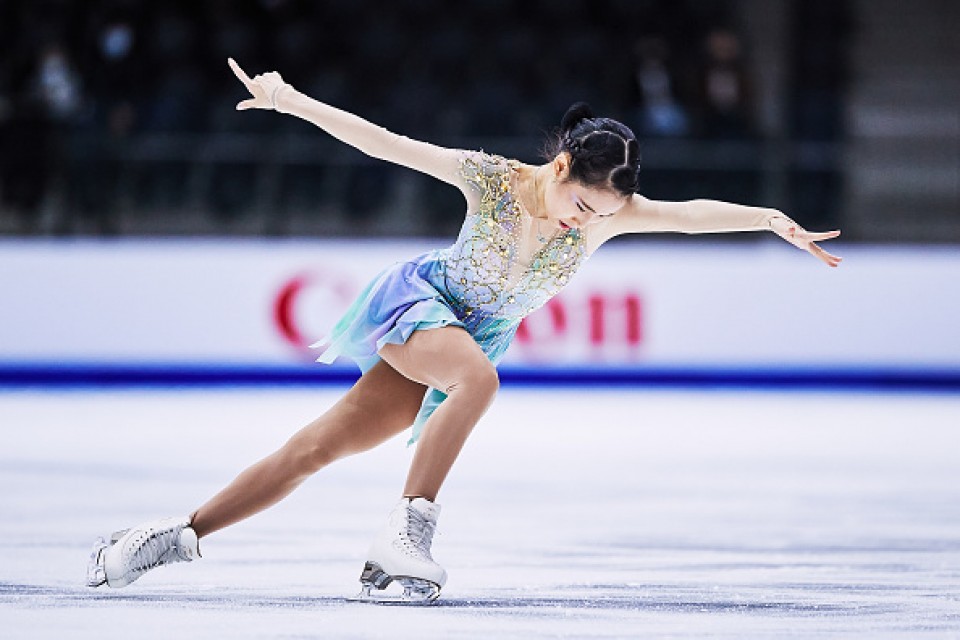 Mihara, who had battled a form of juvenile arthritis since 2015 along with injuries, was in tears as she bounced back from her disappointment in missing the Beijing Olympics having come fourth at the national championships last month.

"I wanted to put in a performance worthy of representing Japan," she said after landing a variety of triple jumps.

"I could skate my way through despite having many worries. I'm filled with a sense of gratitude," she said, adding, "I feel I could dispel the frustration from the nationals." 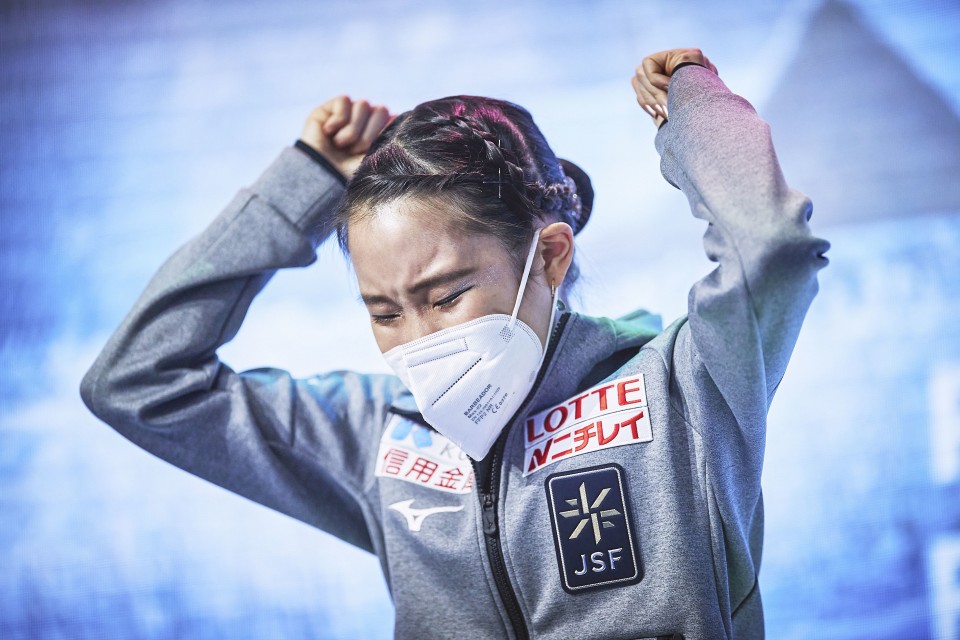 Mai Mihara of Japan reacts at the kiss and cry after the women's free skate at the ISU Four Continents Figure Skating Championships in Tallinn, Estonia on Jan. 22, 2022. (International Skating Union/Getty/Kyodo)

Mihara could not take to the rink two seasons ago due to physical and mental issues. A close source revealed that Mihara had lost a lot of weight and five minutes on the ice had to be followed by 10 minutes before a stove to warm up her body.

But support from her coach and fans saw her return and she vowed to carry on her career strongly.

"I want to repay (the support) much, much more and bring smiles and energy to people watching," Mihara said.