Japanese Emperor Naruhito looked back on the second year of the coronavirus pandemic in a New Year video address Saturday, calling for people to "share their pain and support each other."

Commending the vaccination rate in Japan while also acknowledging the emergence of the Omicron variant, the 61-year-old emperor expressed condolences for those who died from the virus and thanked medical staff involved in the fight against the pandemic. 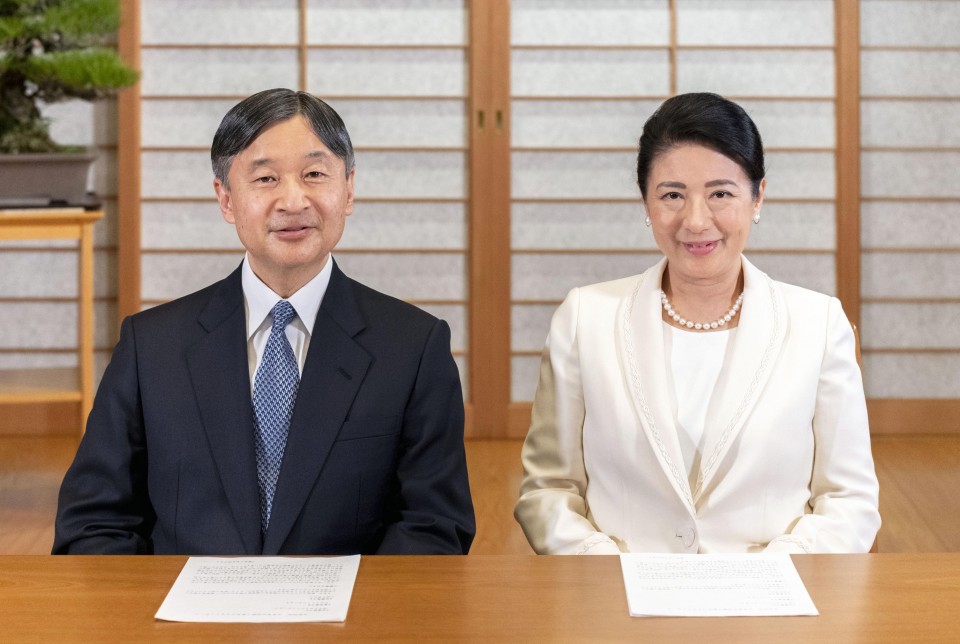 Photo taken on Dec. 28, 2021, at the Imperial Palace in Tokyo shows Emperor Naruhito and Empress Masako adressing the nation in a New Year's video message. (Photo courtesy of the Imperial Household Agency)(Kyodo)

"From the bottom of my heart, I pray we overcome these difficult times," said the emperor, alongside his wife Empress Masako, 58, in the video.

His message comes amid concerns over the potential resurgence of COVID-19 cases during and after the year-end and New Year holidays, with infections of the highly transmissible Omicron variant reported across many of Japan's 47 prefectures.

The emperor also referred to the 10th anniversary of the March 2011 massive earthquake and tsunami disaster that devastated northeastern Japan.

"Through people's unrelenting efforts, steps have been taken towards recovery," he said, while noting that there are "many people still going through difficult times."

The emperor expressed sadness for those who died in other natural disasters like typhoons and heavy rain in 2021 and expressed his solidarity with people in disaster-hit areas.

Additionally, he touched on the Tokyo Olympics and Paralympics held last summer without spectators amid a surge in coronavirus cases. "Through the efforts of athletes and organizers, I believe (the Games) gave people courage and hope," he said.

The emperor, along with the empress and other members of the imperial family, usually greets well-wishers from a balcony at the Imperial Palace every Jan. 2. But the event was canceled for the second year in a row by the Imperial Household Agency in December due to the ongoing pandemic.