Japan's daily count of coronavirus cases exceeded 1,000 on Tuesday for the first time in three months as an uptrend continues amid the spread of the Omicron variant in the country.

The nationwide cases stood at 1,268, according to a Kyodo News tally. In Tokyo, the metropolitan government confirmed 151 cases, marking the second consecutive day the count has hit triple digits.

New cases in the Japanese capital had been below 100 after 135 cases were confirmed on Oct. 8, but the latest daily figure reported by the Tokyo metropolitan government was up from the daily tally Monday of 103. 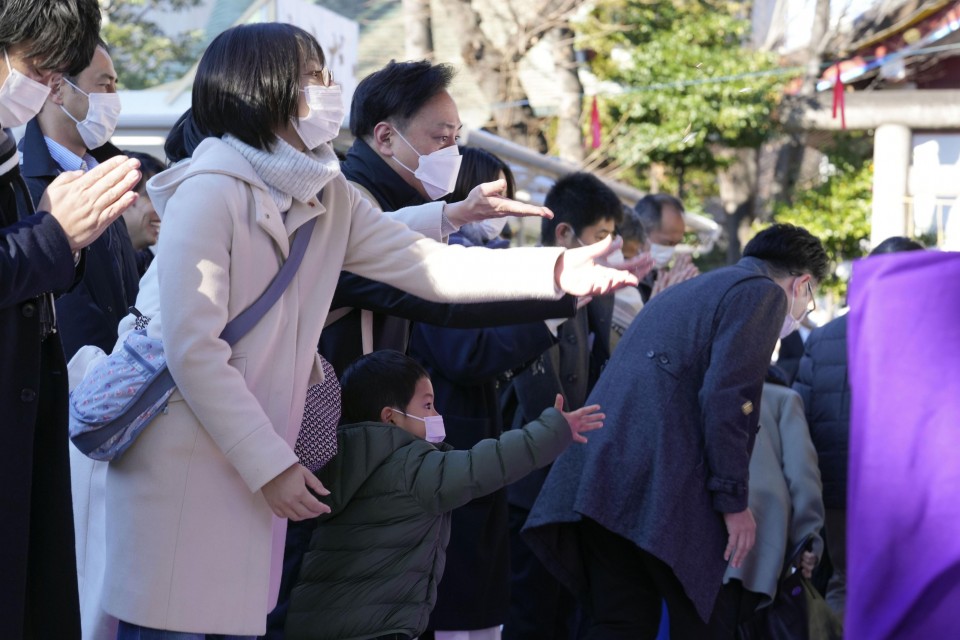 People visit Kanda Myojin shrine in Tokyo to offer New Year prayers on the first work day of the year for most companies on Jan. 4, 2022. (Kyodo) ==Kyodo

In Okinawa, the prefectural government reported 225 new cases of infections, the first time it confirmed over 200 infections since Sept. 16. There were 47 cases of the Omicron strain confirmed on Tuesday, it added.

The figure does not include 164 new cases also reported at U.S. bases in the southern island prefecture, the Okinawa government said. A cluster infection had broken out last month at one of the bases.

Okinawa Gov. Denny Tamaki is considering requesting that quasi-emergency measures be imposed in the prefecture by the central government to curb the further spread of the virus, Chief Cabinet Secretary Hirokazu Matsuno told reporters Tuesday.

The number of new COVID-19 infections in Tokyo and elsewhere in Japan has been rising, though overall cases remain relatively small compared with the fifth wave that prompted the government to implement rounds of COVID-19 states of emergency and quasi-states of emergency last summer.