Taiwan President Tsai Ing-wen warned Beijing in her New Year's address on Saturday against trying to take Taiwan by force and said that only by upholding peace and stability in the Taiwan Strait can regional tensions be reduced. 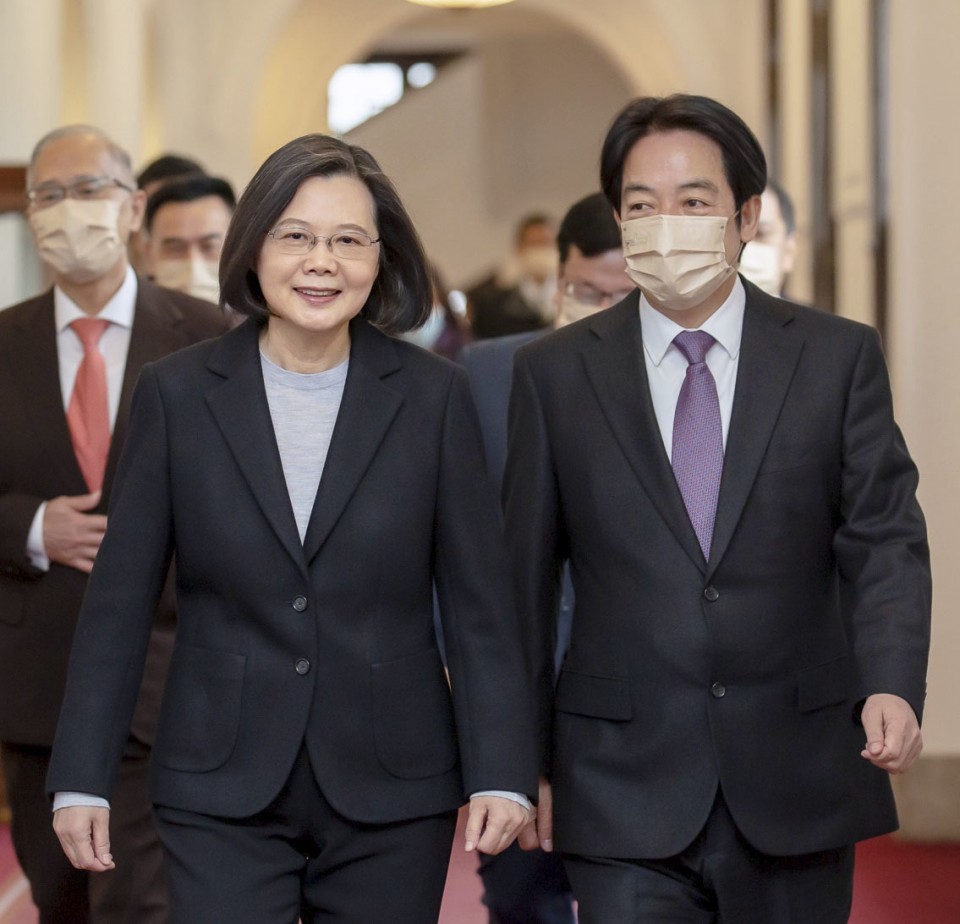 Taiwan President Tsai Ing-wen (L) is pictured in Taipei on Jan. 1, 2022, before her New Year's address. (Photo courtesy of the presidential office)(Kyodo)

She said the use of military means is "absolutely not an option for resolving the differences between our two sides."

"Only by upholding peace and stability...can there be the proper space and atmosphere for our two sides to peacefully and collectively address and seek solutions to the problems we face. Only in this way can we reduce regional tensions."

Tsai said Taiwan has been subjected to "constantly increasing military and diplomatic pressure" from the Communist-led government in Beijing, which views the island as a renegade province to be reunited with the mainland, by force if necessary.

She was alluding to record-breaking incursions by Chinese military planes into Taiwan's air defense identification zone over the past year, as well as China's undermining of Taiwan's legitimacy on the international stage by pressuring foreign countries to stop treating the self-governed island as a sovereign nation.

"These actions by the other side are of no benefit to the preservation of regional peace and stability," she said.

Saying that stable governance is her administration's most important priority in the new year, Tsai vowed to uphold Taiwan's sovereignty and its democratic system and "show the world that democratic Taiwan has the courage to step out from the shadow of authoritarian China, and that we will not bow to pressure."