Japan's confirmed daily coronavirus cases on Saturday topped 50,000, setting a new record for the fifth day in a row, as the highly transmissible Omicron variant continues to spread across the country quickly with more areas likely to be put under a quasi-state of emergency.

A majority of Japan's 47 prefectures hit a record high on Saturday, with Tokyo confirming 11,227 daily cases and surpassing its previous record of 9,699 logged Friday. Osaka Prefecture in western Japan trailed behind Tokyo with a fresh high of 7,375 cases.

Since the country confirmed its first case of Omicron on Nov. 30, the number of COVID-19 cases increased 100 times in three weeks, rising to 54,576 cases on Saturday from 534 logged on Jan. 1.

The nationwide tally eclipsed the previous record high of 49,854 reported on Friday. 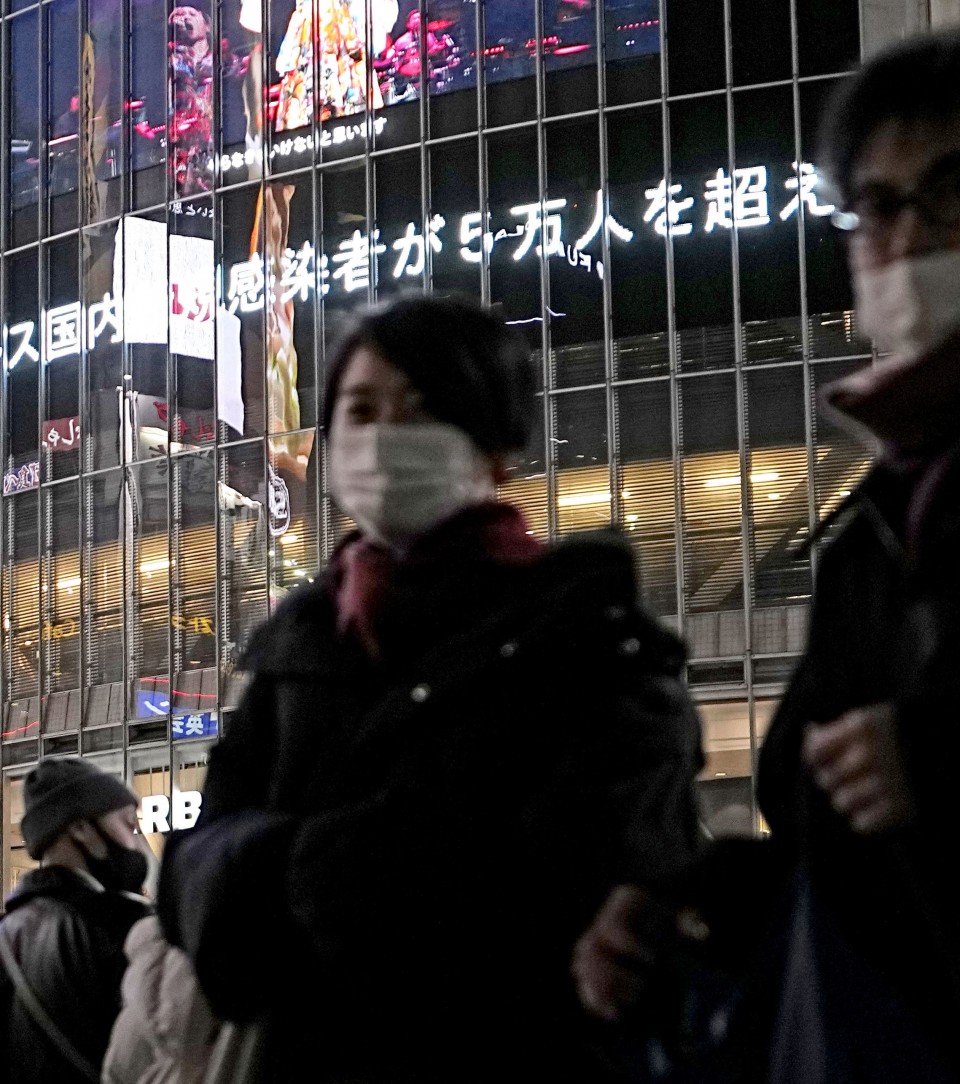 Tokyo Gov. Yuriko Koike urged residents to be mindful of the transmissibility of the virus and vowed to make all efforts to curb its further spread.

With the infection count surging rapidly nationwide and fears over the strain on the medical system, the Japanese government has now placed 16 prefectures under the quasi-state of emergency.

Tokyo and 12 other prefectures were added on Friday, now allowing their governors to ask restaurants and bars to close early and stop or limit the serving of alcohol. Several more areas have officially sought or are preparing to seek similar requests.

Okayama Prefecture in western Japan said Saturday it has asked the central government to place it under such a measure, meaning 30 prefectures would be subject to a quasi-state of emergency.

Many areas have been struggling with what has become the country's sixth wave of infections and Japan's cumulative total of COVID-19 infections in the country recently exceeded 2 million.