Kunieda and Fernandez were unable to avenge their straight-sets defeat to Hewett and Reid in last September's U.S. Open final, losing the third-set tiebreak 10-7 after dropping the first set 6-2 and winning the second 6-4. 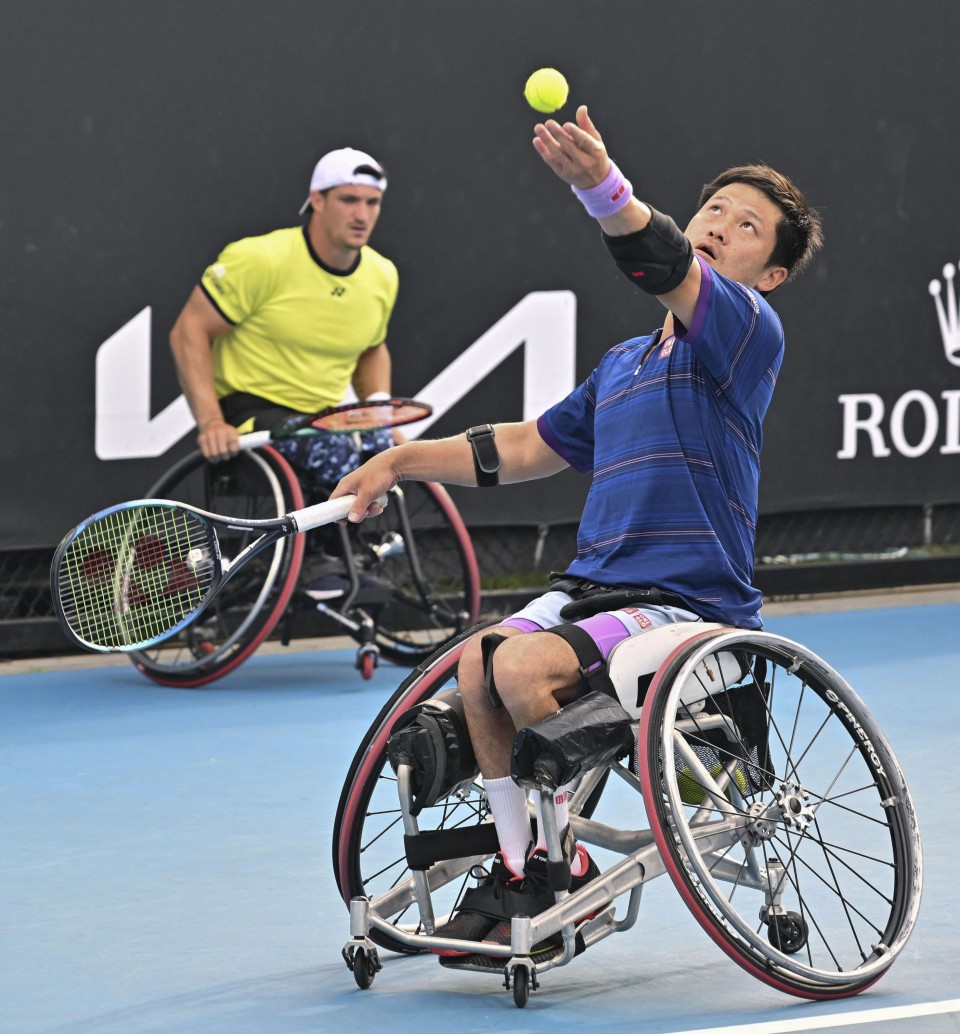 Shingo Kunieda (front) of Japan and Gustavo Fernandez of Argentina play against Britain's Alfie Hewett and Gordon Reid in the men's wheelchair doubles final at the Australian Open tennis tournament in Melbourne on Jan. 26, 2022. (Kyodo) ==Kyodo

The 37-year-old Kunieda, who won his third Paralympic singles gold medal last summer in Tokyo, will battle Hewett at Melbourne Park again on Thursday in the wheelchair men's singles final. 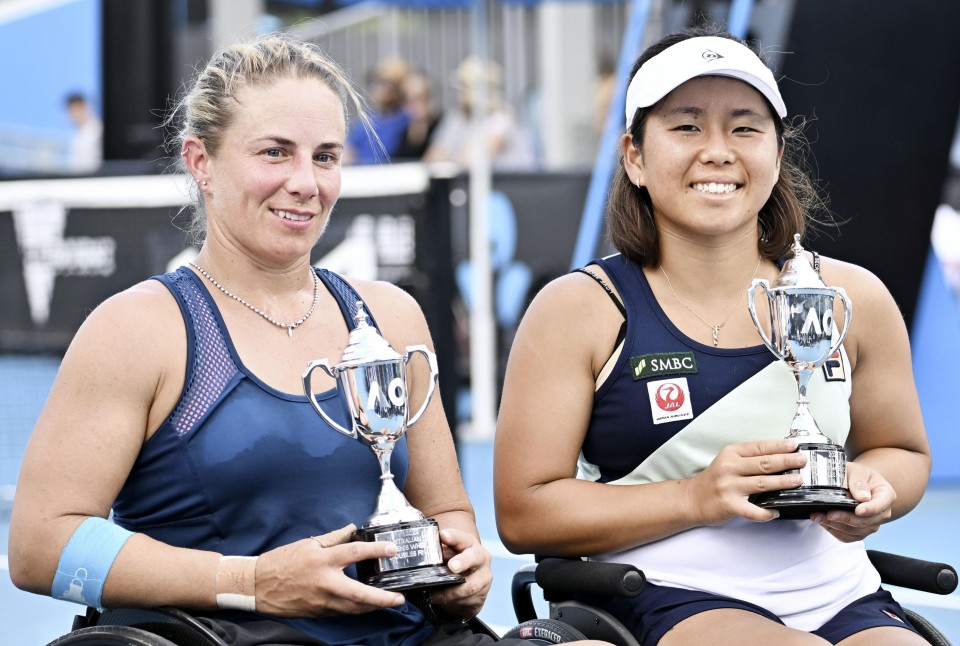 Japan's Yui Kamiji (R) and her British partner Lucy Shuker pose with their runners-up trophies after losing  to Dutch top seeds Diede de Groot and Aniek van Koot in the wheelchair women's doubles final at the Australian Open in Melbourne on Jan 26, 2022. (Kyodo)

De Groot and van Koot piled on the pressure in the 10-point match tiebreak played in lieu of a third set, going into the decider having won the first 7-5 and dropped the second 6-3 on Day 10 of the season's opening Grand Slam.

De Groot beat Kamiji for the Australian Open wheelchair singles title last year. The Dutchwoman then repeated the pain in front of Kamiji's home crowd at the Tokyo Paralympics, defeating her in the singles gold medal match.