Joint overnight leaders Terunofuji and Mitakeumi both racked up their 10th wins on Wednesday to remain neck and neck at the New Year Grand Sumo Tournament. 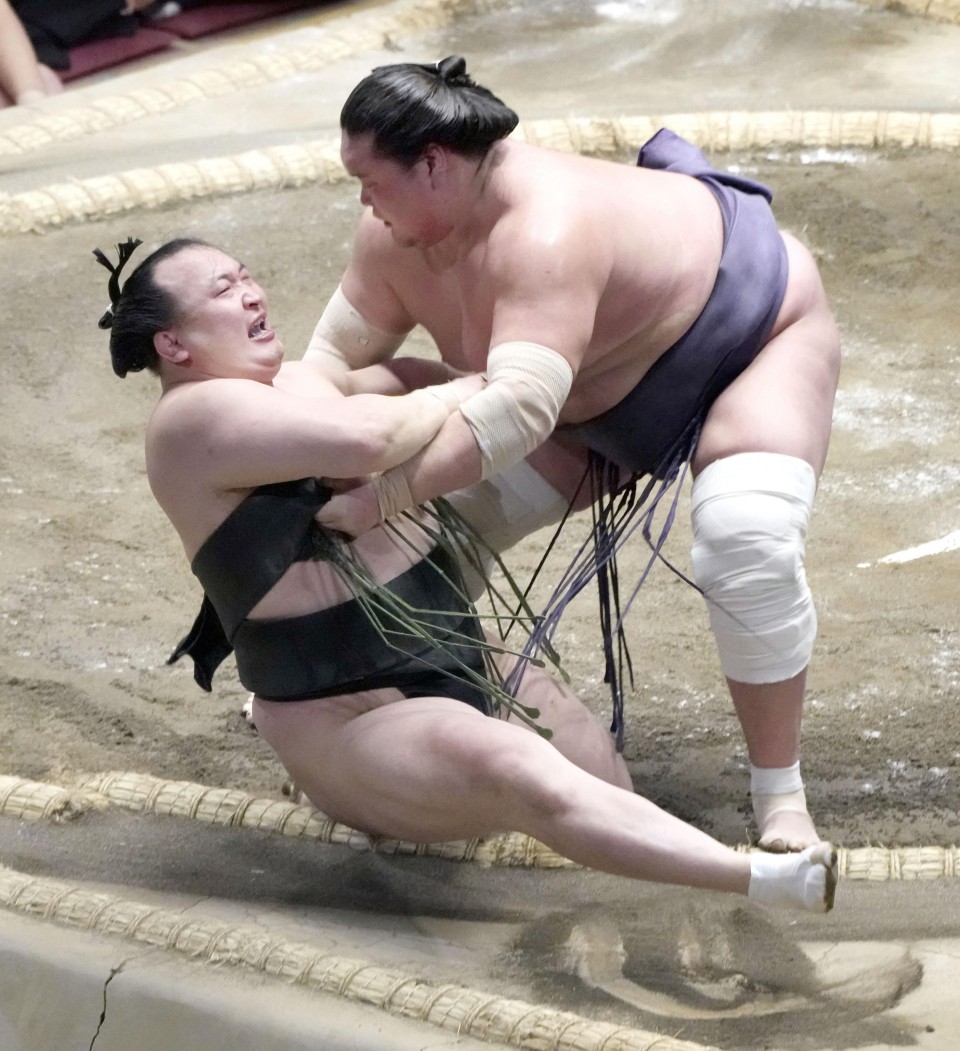 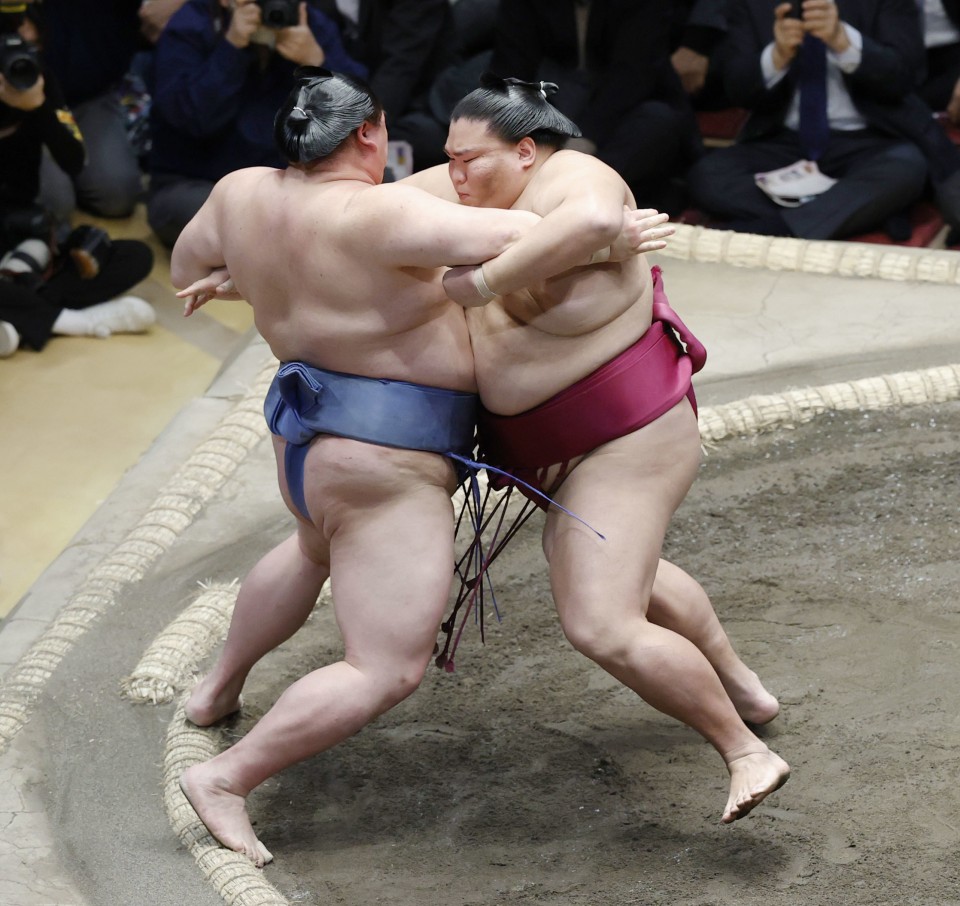 A day after relinquishing the outright lead with his loss to No. 4 Hokutofuji, Mitakeumi (10-1) bounced back with a strong showing against the embattled Shodai (4-7), who must win his remaining four bouts to avoid being a demotion-threatened "kadoban" ozeki at the next meet.

Mitakeumi was stronger off the mark and bulldozed Shodai to the straw bales before the ozeki maneuvered his way back into the contest.

Taking an outside grip, Shodai briefly had the momentum but could only budge Mitakeumi so far before the sekiwake set his feet and drove his way to win No. 10 of the 15-day meet.

It was the first time Mitakeumi has won 10 bouts in consecutive meets while wrestling in one of the three elite "sanyaku" ranks below yokozuna.

"I'm happy, as that was one of my goals for this tournament. I didn't think I'd get to 10 so quickly," he said.

"Although I lost yesterday, I was able to get back on the right track and win convincingly today. I wanted to go in focused. But I was quite nervous."

Chasing his third straight championship, six-time Emperor's Cup winner Terunofuji (10-1) withstood a spirited attack from Chiyoshoma (4-7) before sending him to the brink of a losing record.

The maegashira gained a strong right-hand belt grip from the jump, forcing the Mongolian-born yokozuna into a defensive stance before driving the grand champion toward the edge.

But Terunofuji stayed well within the straw, slinging Chiyoshoma around and gaining an outside grip that he used to march the overmatched maegashira out from the opposite side.

The former komusubi is once again in contention for the title after going 12-3 at the November meet, his first back in the top division since serving a three-tournament ban for breaking the Japan Sumo Association's coronavirus safety rules in July 2020.

Sekiwake Takanosho (6-5) fell victim to No. 6 Hoshoryu (7-4), who executed a pulling overarm throw after sidestepping his opponent's opening charge.

Komusubi Daieisho (3-8) is set to relinquish his sanyaku status after his defeat to No. 5 Onosho (7-4) consigned him to a losing record for the tournament.

Komusubi Meisei (4-7) is also on the verge of demotion after losing to former komusubi Hokutofuji (5-6), who drove Meisei back to the edge before taking his belt and pushing him out.