Defending champion Naomi Osaka battled through to the second round of the Australian Open with a 6-3, 6-3 win over Colombia's Camila Osorio on Monday.

Seeded 13th following a self-imposed break from tennis to care for her mental health, Osaka looked out of practice at times, nearly hitting the chair umpire with a miscued forehand in the final game of the second set. 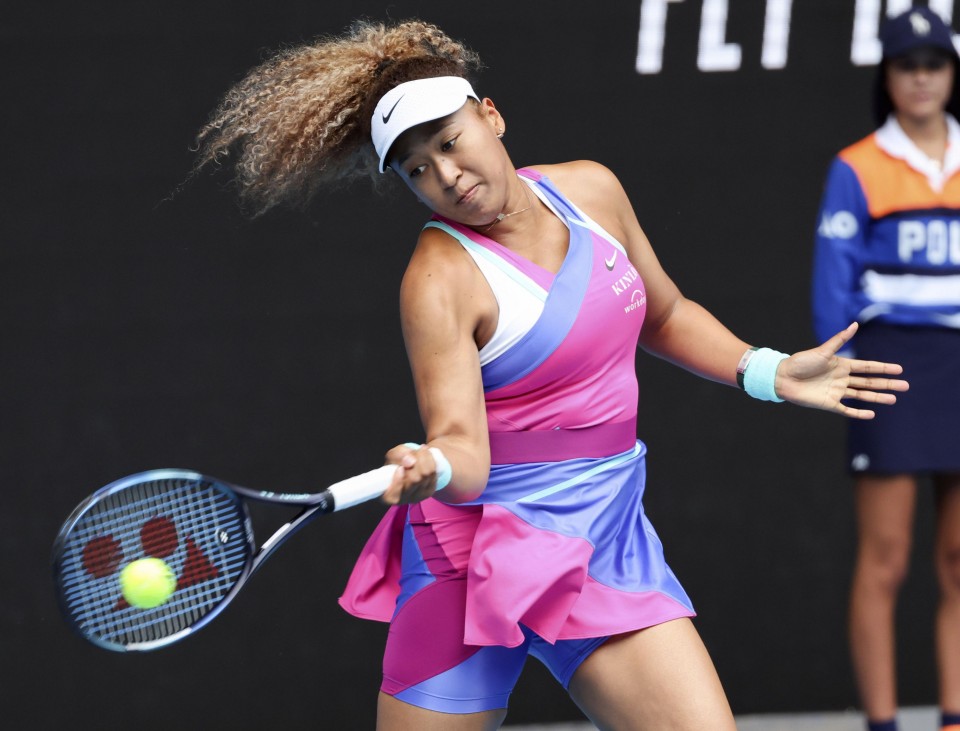 Naomi Osaka plays in the first round of the Australian Open in Melbourne on Jan. 17, 2022. (Kyodo)

But the 24-year-old from Japan eventually wrapped up the match against her 50th-ranked opponent in 1 hour, 8 minutes.

She finished with 19 winners to Osorio's five, but her 28 unforced errors showed room for improvement ahead of a second-round meeting with American Madison Brengle.

Osaka, who has won two of her four Grand Slams at Melbourne Park, said it felt good to be back at one of her favorite venues.

"I have a lot of really good memories here. It just feels really nice to start the year always in this tournament," former world No. 1 Osaka said.

"I thought I played really well given the circumstances. I didn't really have that much information on my opponent. I thought she played amazing."

Osaka pulled out in the semifinals of her WTA tune-up event in Melbourne earlier this month with an abdominal injury.

Djokovic was deported from Australia following a highly publicized legal battle centering on his lack of vaccination for COVID-19.