The report by the Korean Central News Agency came a day after the launch by the country of what appeared to be two short-range ballistic missiles in its third missile launch in 10 days.

The drill was aimed at "checking the alert posture" of the regiment and "bolstering their ability of discharging firepower mission," KCNA said. 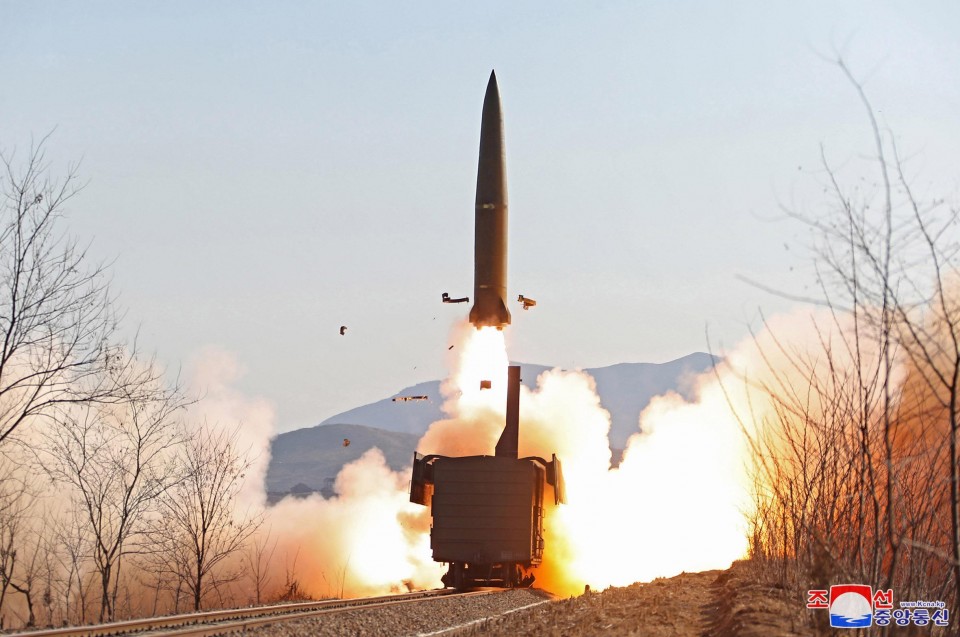 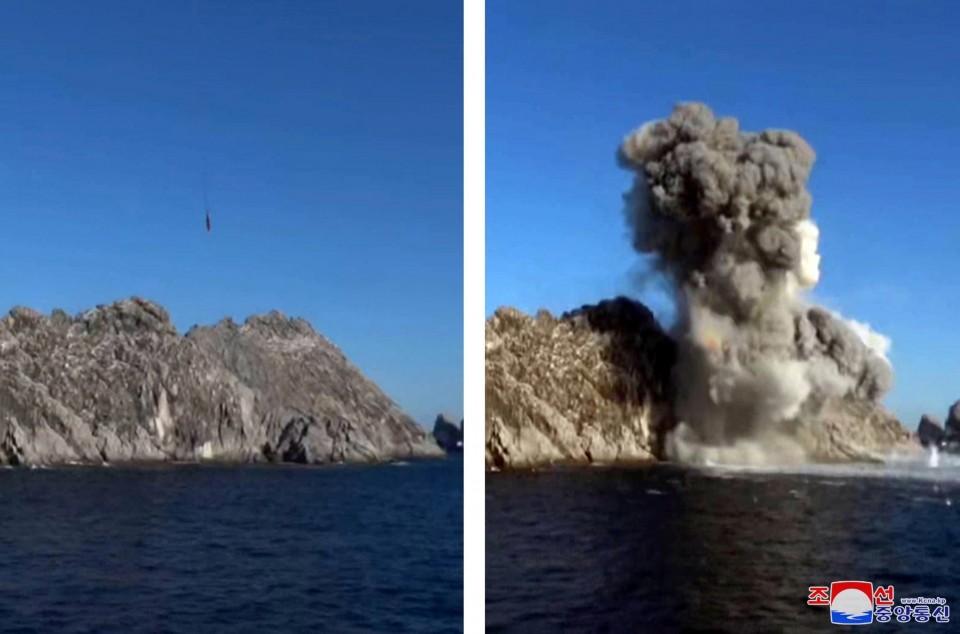 Kim, who has often reportedly been present for tests of the country's missile capabilities in the past, was not reported to have attended Friday's test.

The South Korean military's Joint Chiefs of Staff said Friday that two missiles were fired from an inland area of North Pyongan Province in the North's northwest in an eastward direction and traveled about 430 kilometers while reaching an altitude of about 36 km at one point.

Friday's launches follow ones on Tuesday and on Jan. 5 that North Korea said were of newly developed hypersonic missiles.

The recent set of missile tests are regarded as a provocation against the administration of U.S. President Joe Biden, which on Wednesday imposed fresh sanctions on North Korea.

The two tactical guided missiles launched Friday "precisely struck the set target" in the Sea of Japan, the KCNA report said. The online edition of the Rodong Sinmun, the mouthpiece of the ruling Workers' Party of Korea, ran photos of a missile launched from a train.

North Korea has developed hard-to-intercept missiles with state-of-the-art technologies, despite a ban on its use of ballistic missile technology under U.N. Security Council resolutions that impose sanctions on the country.

Foreign affairs experts said it is uncertain how well the railway-borne missile system will actually work as train tracks in North Korea have become decrepit and railcars carrying ballistic missiles may be unable to run at high speed.

In addition, the latest test could help the United States and other nations detect where North Korea might launch a ballistic missile, they said. Washington and Seoul are expected to scrutinize the railway network in the country.

North Korea has acknowledged it has been facing a severe food crisis due largely to natural disasters and sluggish trade with China, its closest and most influential ally in economic terms, in the aftermath of the emergence of the COVID-19 pandemic.

Direct talks between the United States and North Korea have been at a standstill for more than two years, with the Biden administration unlikely to make concessions over denuclearization and sanctions relief.

North Korea has expressed unwillingness to hold bilateral negotiations with the United States unless Washington withdraws what Pyongyang considers to be its hostile stance. The two nations have no diplomatic relations.

On Friday, North Korea lambasted the United States for expanding sanctions, claiming that beefing up its national defense capabilities is the legitimate right of a sovereign state.

"If the U.S. adopts such a confrontational stance, the DPRK will be forced to take stronger and certain reaction to it," a Foreign Ministry spokesperson said in a statement carried by KCNA.