Nippon Life Insurance Co. will urge foreign companies it invests in to bring carbon dioxide emissions to net zero by 2050, expanding its existing request for domestic firms to do so, the insurer's President Hiroshi Shimizu said.

The major Japanese institutional investor, which holds about 10 trillion yen ($87 billion) worth of equities and corporate bonds in the country, will draw up an interim target for 2030 in the near future to achieve a decarbonized society and request investees to take measures to cut CO2 emissions, Shimizu said. 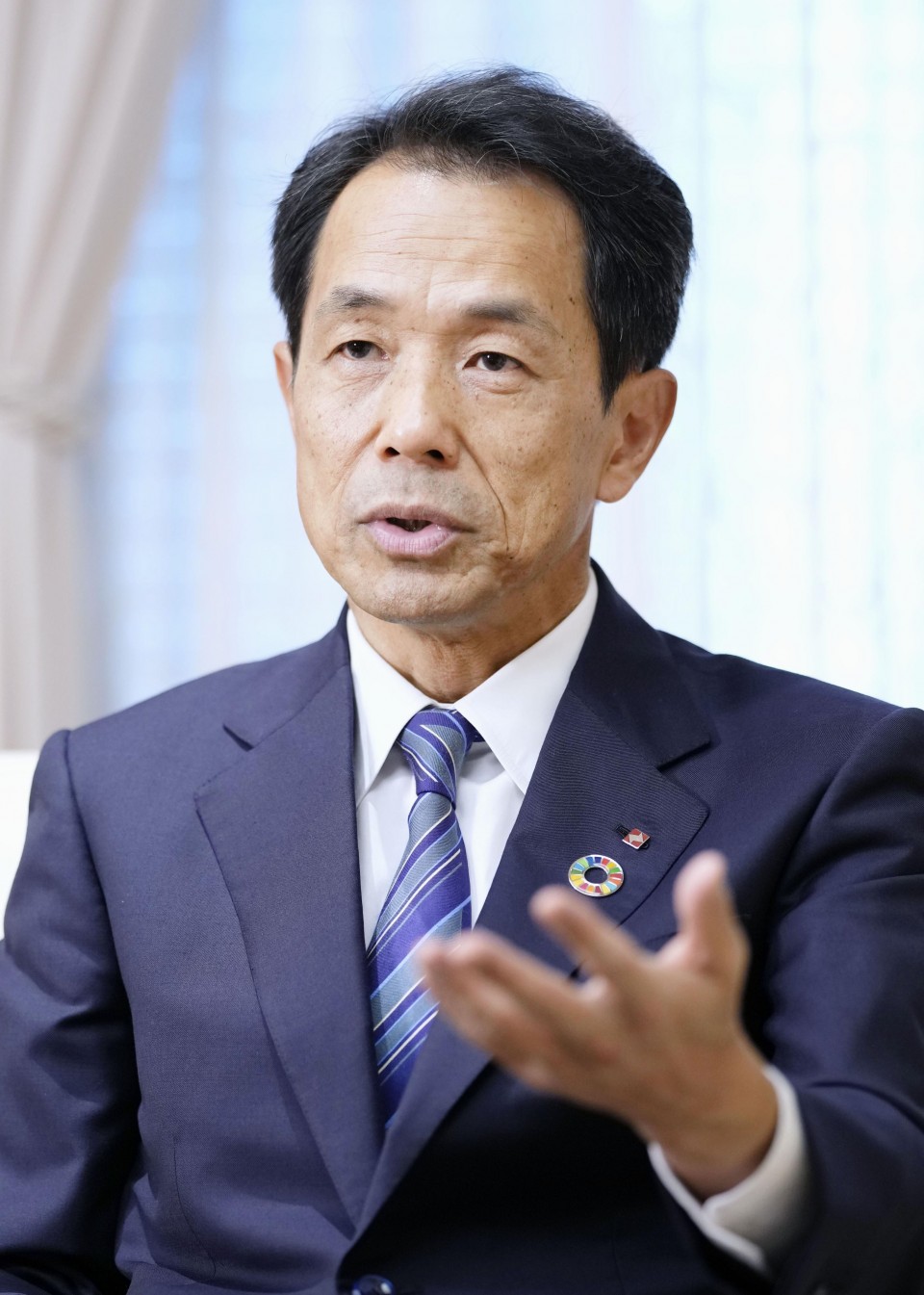 "The role of supporting corporations attentively and pushing them at times can be best played by a life insurance company that engages in long-term investments," he said in a recent interview with Kyodo News.

The move by Nippon Life to decarbonize its portfolio comes as a delay in responding to climate change risks could reduce the value of the companies it invests in.

In 2020, a total of about 10 million tons of CO2 was emitted by its investees, according to Nippon Life.

After laying out in January 2021 its net zero target for domestic investee companies, it examined their efforts and asked 71 firms with especially large CO2 emissions to release a concrete plan for the reduction.

Shimizu said the insurer will promote further dialogue with its portfolio companies from fiscal 2022 starting April after compiling a roadmap based on the examination.

Placing an emphasis on its decarbonizing efforts, "We want to make our sustainable management an engine for our growth," Shimizu said.

Nippon Life is a member of the United Nations-convened Net Zero Asset Owner Alliance, which is joined by large investors including three other major Japanese insurance providers aiming to decarbonize their portfolios.