The blare of an alarm sounds when the image of a man standing near a bridge along the Han River appears on a screen in the Seoul metropolitan fire department. The room falls silent, waiting to see what he is up to.

Fortunately, this time, the close-up scene of the person ends well with no one throwing themselves into the river below in another suicide attempt. 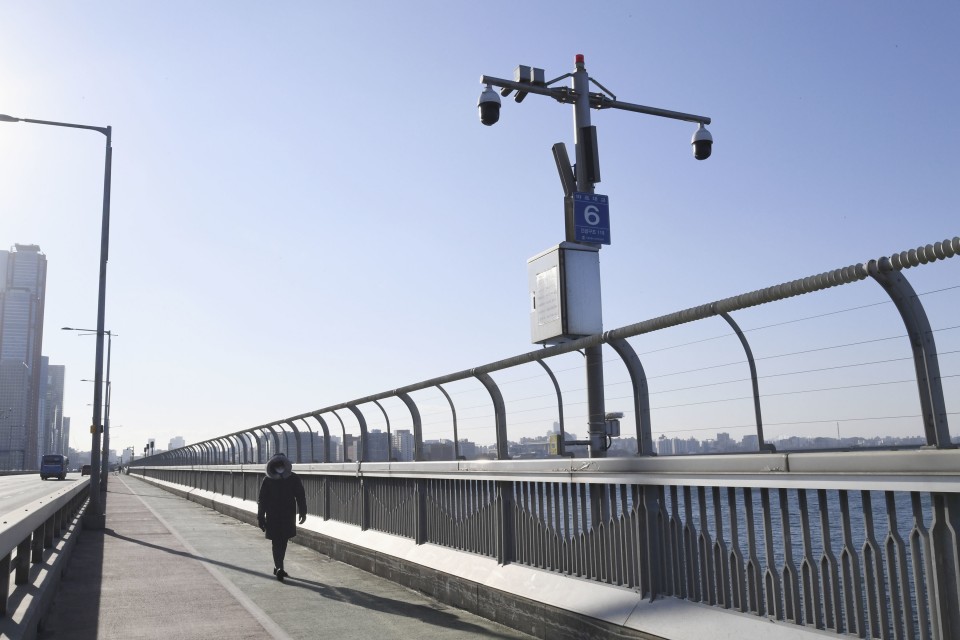 A pedestrian walks by security cameras mounted atop a pole on the Mapo Bridge over the Han River in Seoul on Jan. 13, 2022. (Kyodo)

"Oh, he is inspecting CCTV cameras near the bridge," Cho Jae Jin, a 50-year-old water rescue team leader from the department, tells the people gathered in the room on a December day, sounding relieved it is not someone considering whether to take their own life.

Cho's Hangang River Rescue 119 team at the Fire and Disaster Headquarters introduced several years ago artificial intelligence technology to better monitor human activity around bridges over the Han River, which runs through the South Korean capital and has long been an all-too-popular suicide spot in the country. The system has proven a life-saver.

Using deep learning, which helps find patterns by collecting an enormous amount of data, the AI analyzes the behavior of pedestrians on the bridges. If there are any abnormalities, such as a person lingering in a spot too long or wandering around without crossing to the other side, it alerts the River Rescue 119 center and nearby police to be dispatched for potential rescue operations.

CCTV camera images of several bridges appear on the headquarters' large screen. The monitoring system is currently in place at nine of the more than two dozen bridges along the river, focusing on where suicides have mostly occurred. According to Cho, the system is to be installed at four more bridges this year.

The ability to receive early warnings has made a significant difference. Rescue dispatches have doubled since the system's launch, and Cho said the rate of successful rescue operations has improved "as it is much easier to spot people floating on the water than searching for them after they have submerged."

Before the system's introduction, rescue operations were usually conducted after receiving reports that a person was trying to or had thrown themselves off a bridge. In many cases, rescuers would arrive too late to save them, he said.

South Korea has long been known for its high suicide rate. In 2020, it had the highest suicide rate among 38 member countries belonging to the Organization for Economic Cooperation and Development.

The OECD data showed South Korea had 23.5 people who killed themselves per 100,000 people that year, more than double the average of 10.9 among the member countries. 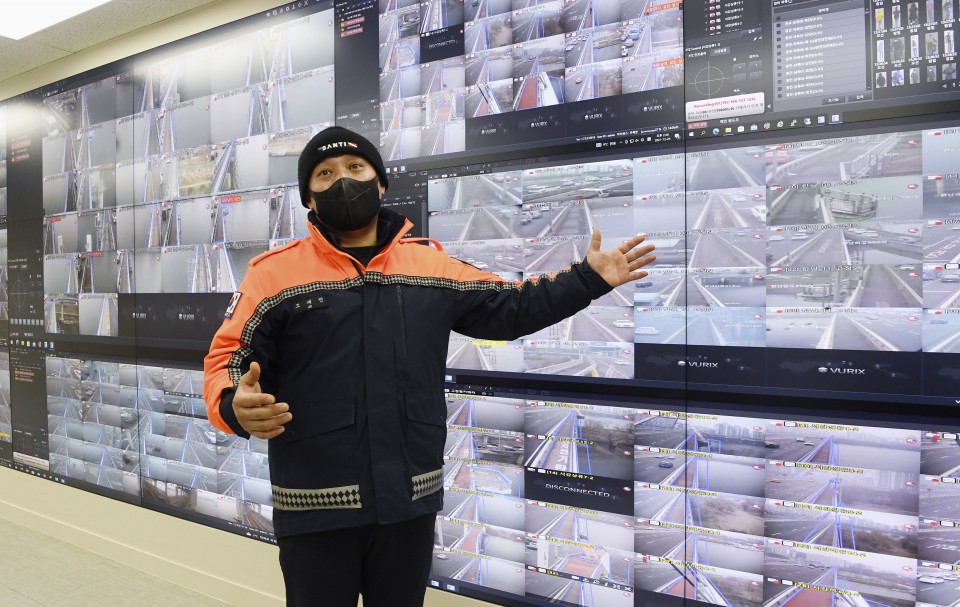 Suicide was the leading cause of death among South Koreans in their teens to 30s in 2020, according to government data. Statistics Korea data showed the suicide rate among those in their 20s had surged 12.8 percent from a year earlier.

Experts say the leap reflected a pervading feeling of loneliness and anxiety among South Korean youth prompted by the coronavirus pandemic.

The number of people in their 20s and 30s who have had emergency consultations has also noticeably increased since the summer of 2020, according to Kim Hyun Soo, director at the metropolitan government's suicide prevention center. Kim is also concerned about a 20 percent spike in rescue dispatches to the Han River bridges in 2021 from the previous year.

The pandemic has particularly taken a psychological toll on them for reasons that include difficulties in finding jobs, Kim said, describing it as the little-known "fourth wave of COVID-19" after three previous waves of virus infections that hit South Korea.

"To overcome such a psychological shock...strong cooperation and solidarity among government, civic groups, and the public are important," the director said, adding that, metaphorically speaking, "powerful seawalls" to prevent suicides are necessary.

Cho, the fire department rescue leader, acknowledges the AI monitoring system is not perfect but says he and his colleagues are determined to do their best to save people with the new technology.

"We are definitely sure that it greatly helps us take preemptive measures before someone actually attempts a suicide."