At 173 centimeters and 61 kilograms, Watabe is an outlier in the grueling sport that combines ski jumping and cross-country skiing, but he has long punched above his weight while chasing the perfection that he hopes will culminate in a gold medal at next month's Beijing Winter Olympics. 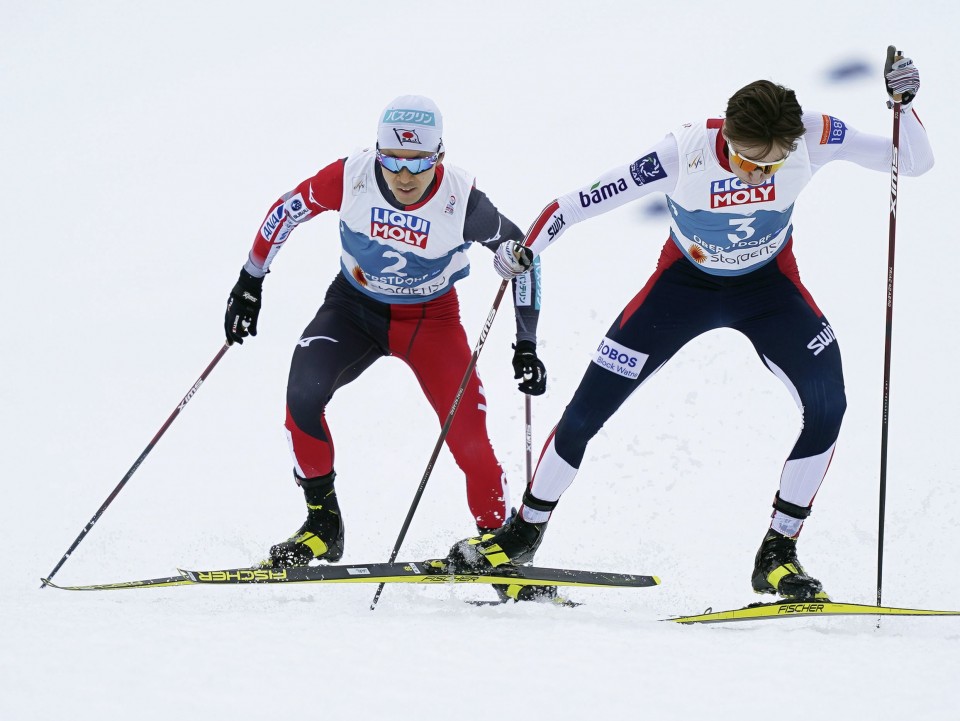 "I won't be satisfied with myself if I can't jump well and ski well," Watabe said.

The 33-year-old will not only carry the weight of Japanese expectations but also the country's flag at Beijing National Stadium, known as the Bird's Nest, in the Feb. 4 opening ceremony.

In the early 1990s when Kenji Ogiwara shot to stardom, Japan's team got results by scoring big in the ski jumping round and taking an insurmountable lead into the cross-country race. Ogiwara became an Olympic champion twice in the team event in 1992 and 1994.

But Nordic combined, which debuted at the Winter Games in 1924, has undergone numerous format changes over the years, including more recent ones that have worked against Japan's jumping prowess.

With the cross-country component taking on more importance, Japan failed to win a medal in four straight Olympics between 1998 and 2010 before Watabe's emergence provided new hope. 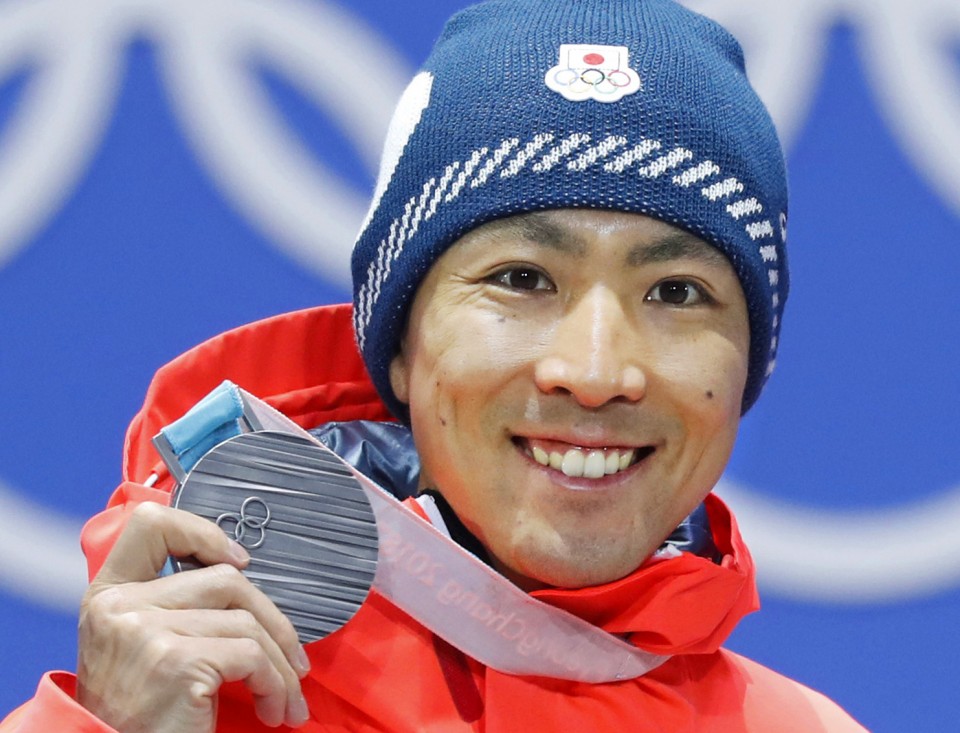 He also secured podium places at the world championships, earning three bronze medals, one silver and one gold that came in the 4x5km team competition in 2009.

In 2018, he became the second Japanese skier to win the overall Nordic combined World Cup after Ogiwara.

At the Beijing Olympics, there are three Nordic combined events -- individual normal hill, individual large hill and team. The results of the jump determine the order and starting intervals in the cross-country race. 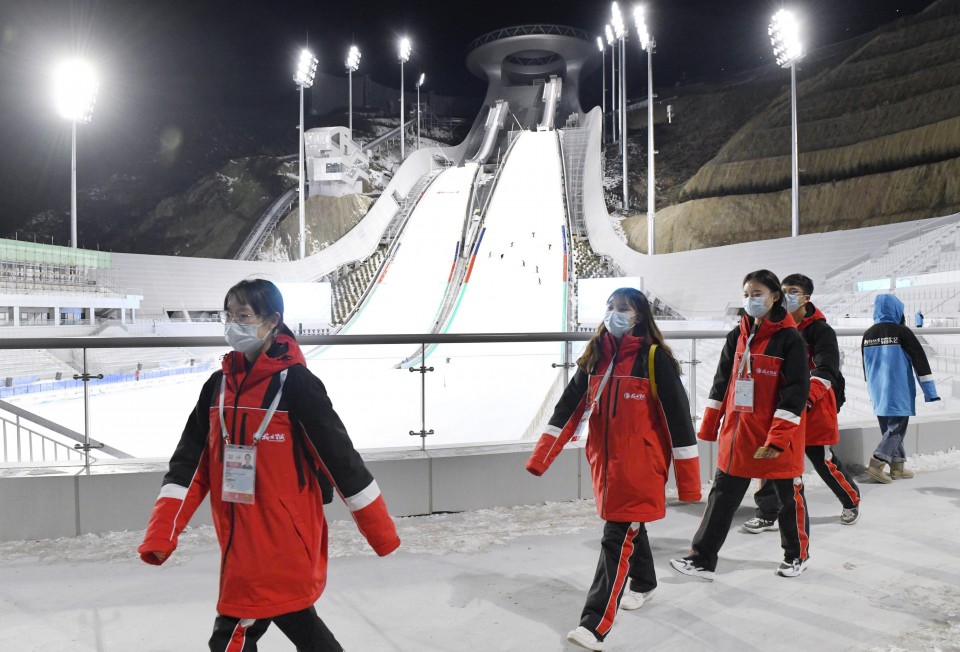 Photo taken in Zhangjiakou in the Chinese province of Hebei on Dec. 3, 2021, shows the venue of the 2022 Beijing Winter Olympics for ski jumping and the ski jumping portion of Nordic combined events. (Kyodo) ==Kyodo

The only Winter Olympic sport still contested solely by men, Nordic combined has proven true to its name with Nordic nations Norway and Finland being traditionally strong, as is Germany.

Watabe believes efficiency of movement improves performance and thinks he has gained an advantage over larger-stature athletes through energy-saving techniques he originally learned as a high school skier.

"I optimize efficiency of energy use so I can race without getting as tired as other skiers and spend less effort for greater power output," Watabe said.

He trains to sync his upper and lower body movements, and control the timing and positioning of poles that help propel him forward.

In 2020, Watabe incorporated pilates into his training regime. He has delved into the importance of out-of-the-box training techniques, trying his hand at things like ancient martial arts and wearing single-tooth geta -- traditional Japanese sandals used to improve balance and build leg strength.

"When we compete together I still feel a huge gap between our levels," up-and-coming 24-year-old Nordic combined skier Ryota Yamamoto said.

This season, Watabe has upped his ski jumping training in his hopes of improving his mastery of the gravity-defying discipline.

He was able to break out of a slump in 2020 and ranked third overall in the World Cup standings in 2021. Still, he continues to reassess his performance and keeps aiming for more.

"I'm feeling hopeful about where I'm headed," he said, despite a rough start to the Olympic season.

Watabe, who became a father in November 2020, has said the Beijing Games may be his last real shot at gold with his career moving into its twilight but he hopes this chapter of his Olympic story may provide one last ray of sunshine.

"I want to win a gold medal, and do it while showing everyone a level of jumping and cross-country racing never seen before."