The launch came after North Korean leader Kim Jong Un pledged late last year to strengthen the nation's defense capabilities, saying the military environment of the Korean Peninsula and the international situation have been "getting instable." 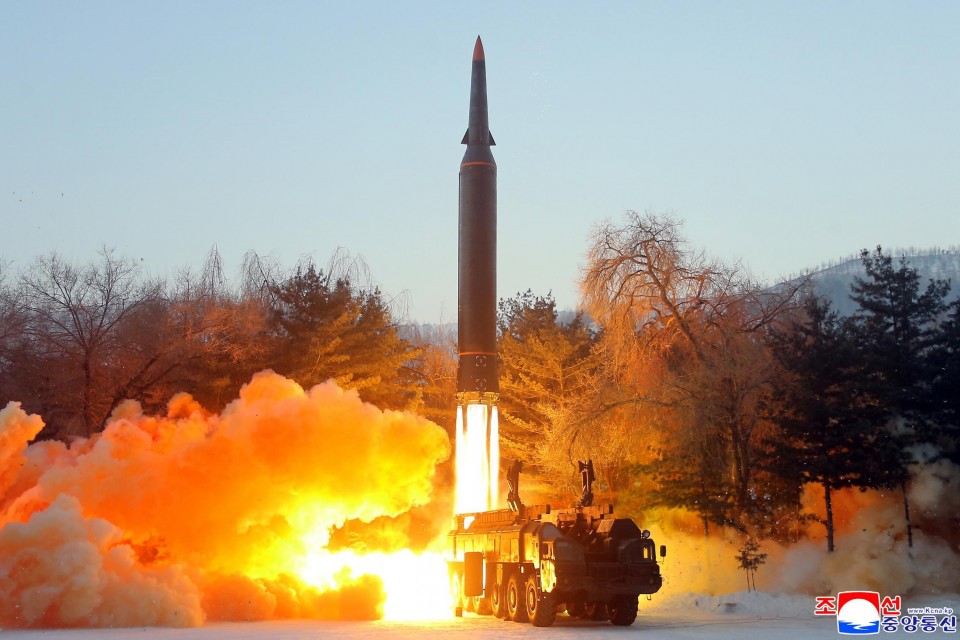 Photo shows a hypersonic missile being test-fired by North Korea on Jan. 5, 2022. (KCNA/Kyodo)

Some foreign affairs experts said the test-firing of the missile was aimed at increasing Kim's clout at home, as North Korea's economy has become stagnant against a backdrop of a border shutdown in the wake of the COVID-19 pandemic.

The missile made a 120-kilometer lateral movement "in the flight distance of the hypersonic gliding warhead from the initial launch azimuth to the target azimuth and precisely hit a set target 700 km away," the official Korean Central News Agency said.

On Wednesday, the Japanese and South Korean governments said the North fired what appeared to be a ballistic missile toward the Sea of Japan in defiance of U.N. Security Council resolutions, its first launch of a projectile since last October.

Japanese Defense Minister Nobuo Kishi told reporters Thursday that the projectile was a new type of ballistic missile and flew at a maximum altitude of around 50km, lower than that of a typical ballistic missile.

The Japanese government has lodged a protest with North Korea over the missile launch through a diplomatic channel, Chief Cabinet Secretary Hirokazu Matsuno said in a news conference. 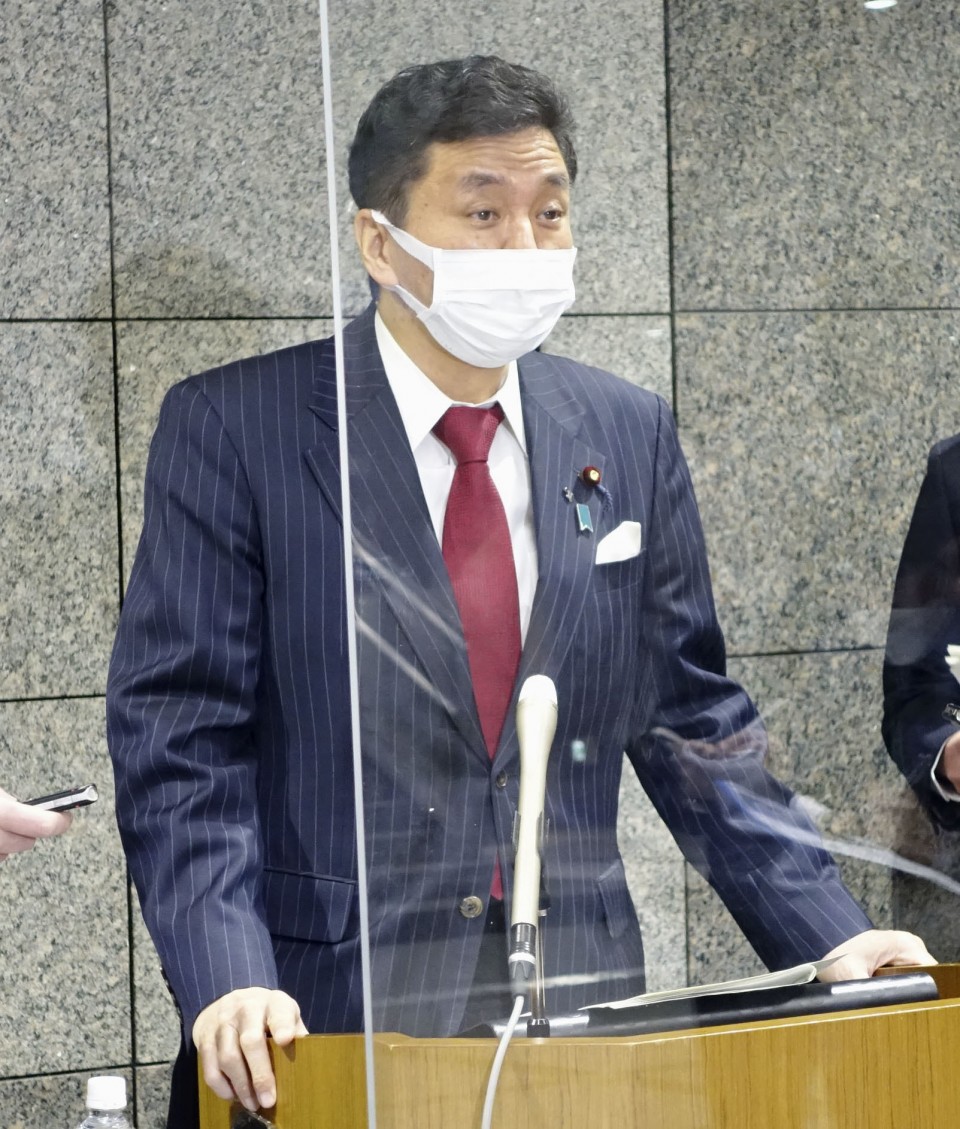 KCNA did not report that Kim, who will mark his birthday on Saturday, watched the test-firing of the missile on the day, while the online edition of the Rodong Sinmun, the mouthpiece of the Workers' Party of Korea, on Thursday ran a photo of a missile fired from a launch vehicle.

A hypersonic missile is designed to travel at more than five times the speed of sound. Given it is difficult for existing missile defense systems to intercept the projectiles, fears about regional security would grow if North Korea has obtained such capabilities.

At the first congress of the ruling party in five years in January 2021, North Korea promised to introduce a "hypersonic gliding flight warhead."

If North Korea was attempting to mount a nuclear warhead on a hypersonic missile, Japan and the South would face a serious security challenge.

As for security policy, the news agency quoted Kim as saying at a plenary meeting of the Central Committee of the ruling party in late December that it was necessary to bolster defense capabilities.

Meanwhile, the Rodong Sinmun did not elaborate on whether Kim mentioned nuclear weapons and intercontinental ballistic missiles during the gathering.

It also remains unknown whether Kim announced any policy shift toward the United States at the five-day meeting through Friday, which was convened to map out strategies for 2022.

North Korea's silence about its diplomatic policy for this year suggested it is trying to steadily develop new weapons while avoiding intensifying tensions with the United States and the South, pundits said.