Shinji Mizushima, a famed baseball-themed manga artist known for such works as "Dokaben" and "Abu-san," died of pneumonia on Jan. 10, his management office said Monday. He was 82.

A native of the city of Niigata on the Sea of Japan coast, Mizushima debuted as a cartoonist in 1958 when he was 18. He gained popularity after he published a baseball series in 1970.

One of his most popular works, "Dokaben," depicting high school baseball players competing in national tournaments, ran for 46 years, and "Abu-san," a story about a heavy-drinking slugger in a professional baseball league, also ran over four decades. 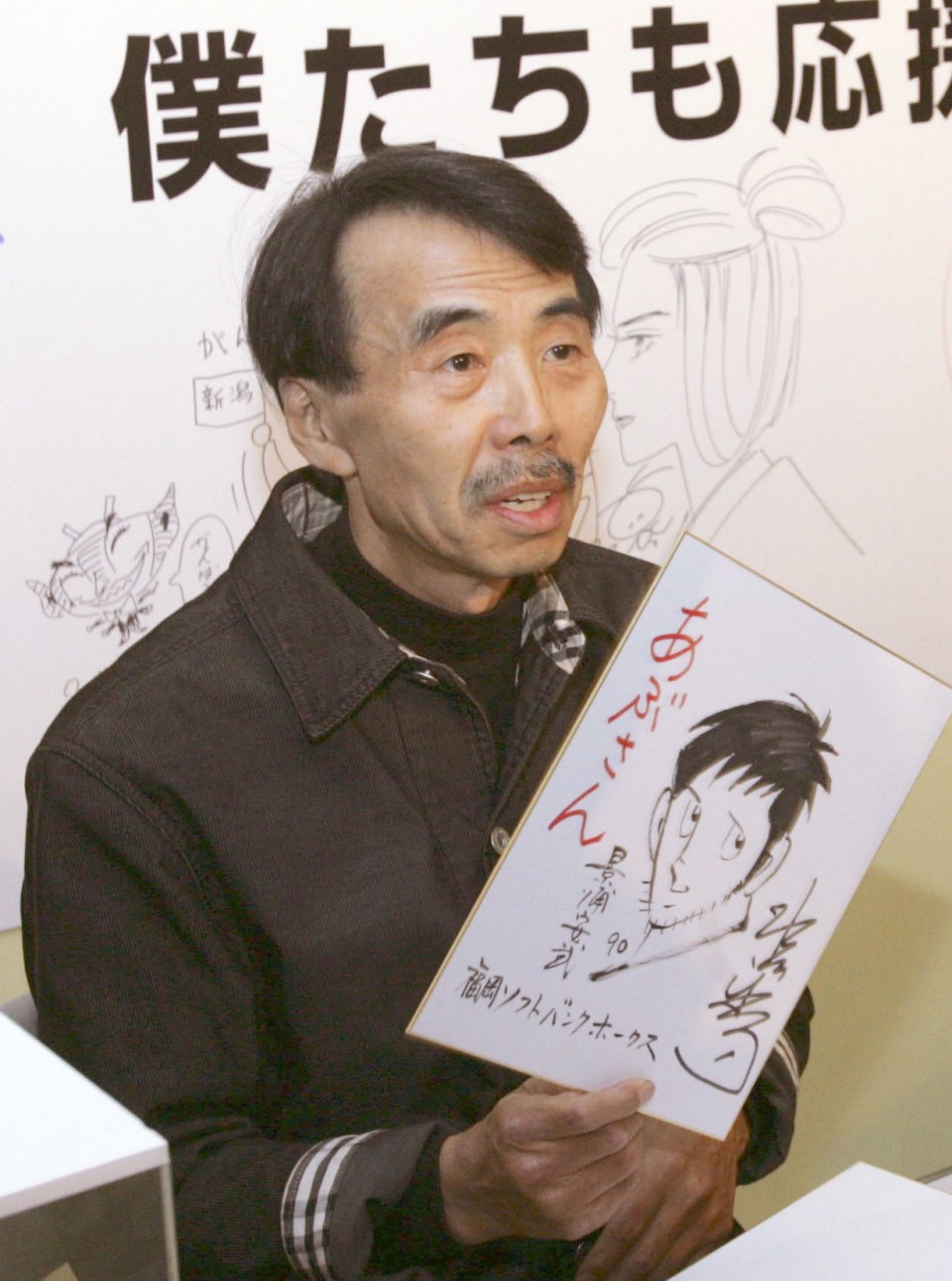 File photo shows manga artist Shinji Mizushima in Tokyo on Nov. 25, 2004, holding a drawing of a character from his baseball manga series at an event to support victims of an earthquake in his native prefecture of Niigata. (Kyodo)

Sadaharu Oh, Hall of Fame slugger and chairman of Japanese professional baseball team Softbank Hawks, issued a memorial message, expressing appreciation to Mizushima for featuring his team's predecessor clubs Nankai Hawks and Daiei Hawks as well as their players in the Abu-san series.

"Mr. Mizushima supported the Hawks when they were struggling, and we owe him a great deal," Oh said. 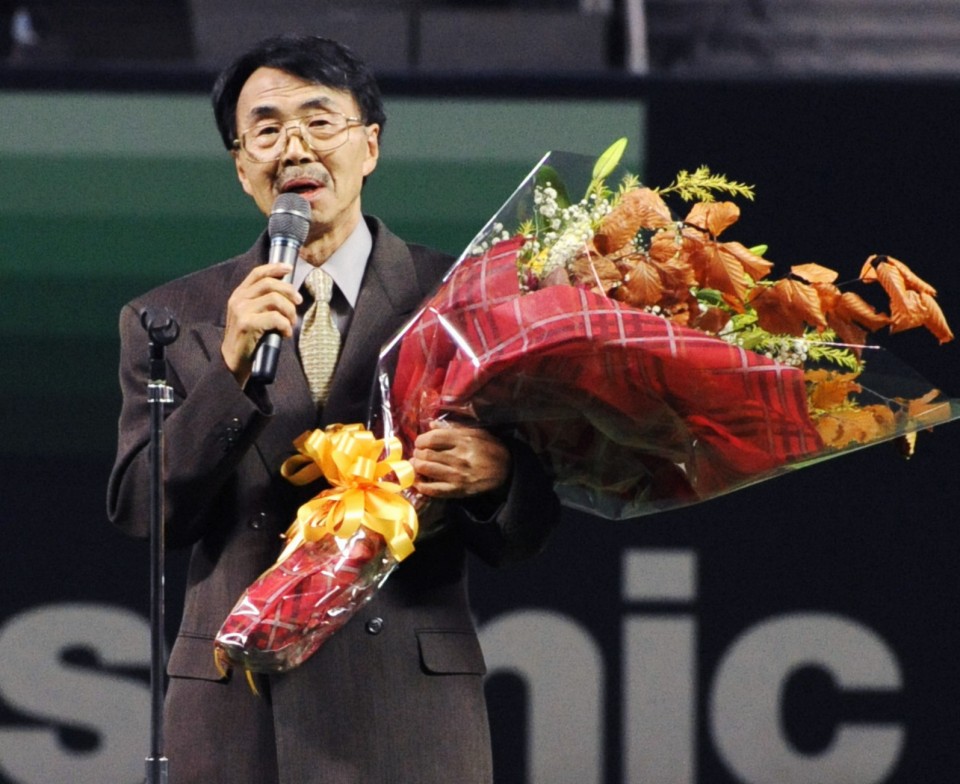 "Your baseball manga was outstanding and that made it difficult for me to work on any baseball themes," Chiba said on his website.

Mizushima announced his retirement in December 2020 but did not give any reason for his decision.