Japan's health ministry on Friday approved the administration of Pfizer Inc.'s coronavirus vaccine to children aged between 5 and 11 as the nationwide case count continues to climb with the rapid spread of the Omicron variant.

It is the first COVID-19 vaccine made available in Japan for that age group. Inoculations will begin as early as March after specifics, including guidelines, are worked out, according to officials.

Up to about 8 million children will be eligible to receive the vaccine, developed by the U.S. pharmaceutical giant and its German partner BioNTech SE, after it was granted special fast-track approval by the ministry. The vaccine is currently only available to people aged 12 and older in Japan. 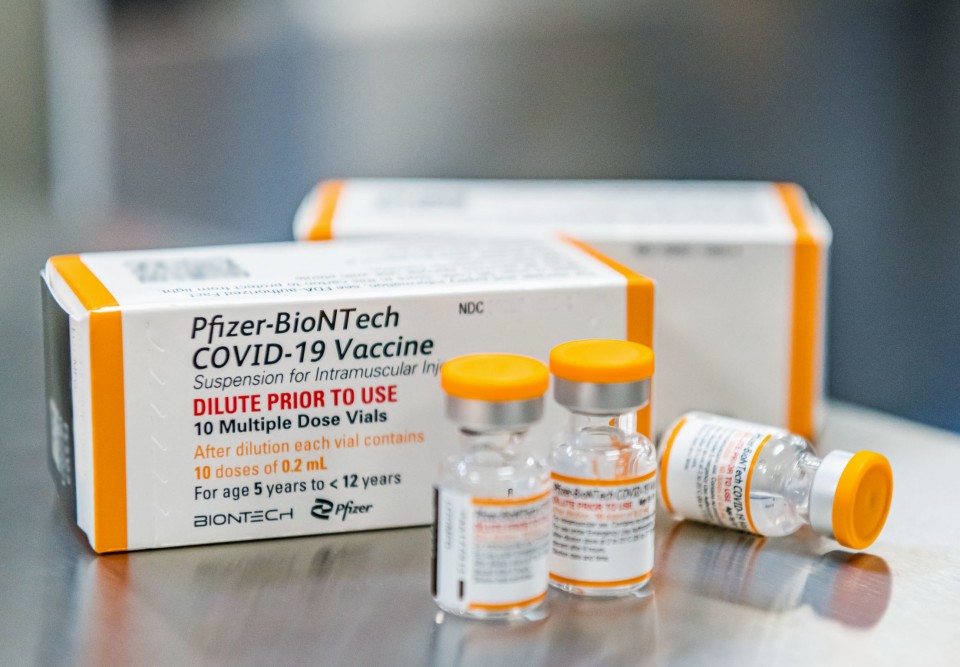 Health experts have been divided on the necessity of vaccinating young children as they are unlikely to develop serious symptoms if infected with the virus that causes COVID-19. Some parents, meanwhile, have expressed concerns about possible side effects.

"We'd like to carefully explain the safety (of the vaccine) and start inoculation as soon as possible to those who wish to receive it," Noriko Horiuchi, minister in charge of promoting vaccine rollouts, said at a press conference.

"It is a big thing to have an inoculation option when some children are infected with the Omicron strain," she said.

A health ministry panel has been debating whether to advise children aged 5 to 11 to be inoculated. It currently urges those aged 12 and above who are not pregnant to receive vaccination.

The panel is scheduled to discuss the procedural specifics, including how best to inform the public about the program, next Wednesday.

According to the officials, vaccine doses for children in the age group will contain one-third of the adult dose. A vaccine specifically made for children will be used despite the active ingredients being the same.

The pharmaceutical makers applied in November for Japanese government approval to inoculate children aged 5 to 11 with their jointly developed vaccine.

Data from clinical trials conducted by Pfizer in the United States and other countries show that administration of the vaccine was 90.7 percent effective in preventing COVID-19 infections in the age bracket.

But there is not yet enough data to verify its effectiveness against the Omicron variant.

The most common side effects include a sore arm, fatigue, headache and fever, and these may occur for children after each dose.

According to the U.S. Food and Drug Administration, 74.1 percent of those aged between 5 and 11 had pain in the injection site after the first dose and 71 percent after the second shot.

A few severe reactions, including myocarditis and pericarditis, have been reported among young men with the use of the vaccine, and the ministry has said it will continue to warn about those potential side effects.

Nearly 80 percent of Japan's population has received two COVID-19 vaccine does but the government has accelerated the pace of administrating booster shots to minimize the risk of more infections in the country, which has recently seen record daily numbers with its cumulative total rising above 2 million on Thursday.