Japan forward Takuma Asano came off the bench to score his first goal of the season for Bochum in the German Bundesliga on Saturday, securing his team a 2-2 home draw against Cologne.

Asano, called up by manager Hajime Moriyasu for Japan's upcoming home World Cup qualifiers against China and Saudi Arabia, steered a loose ball inside the box into the bottom corner in the 70th minute, five minutes after coming on.

Gerrit Holtmann scored the opener for Bochum in the 25th minute but Timo Hubers leveled in the 36th minute and Anthony Modeste chipped the keeper from outside the box for Cologne on the stroke of halftime. 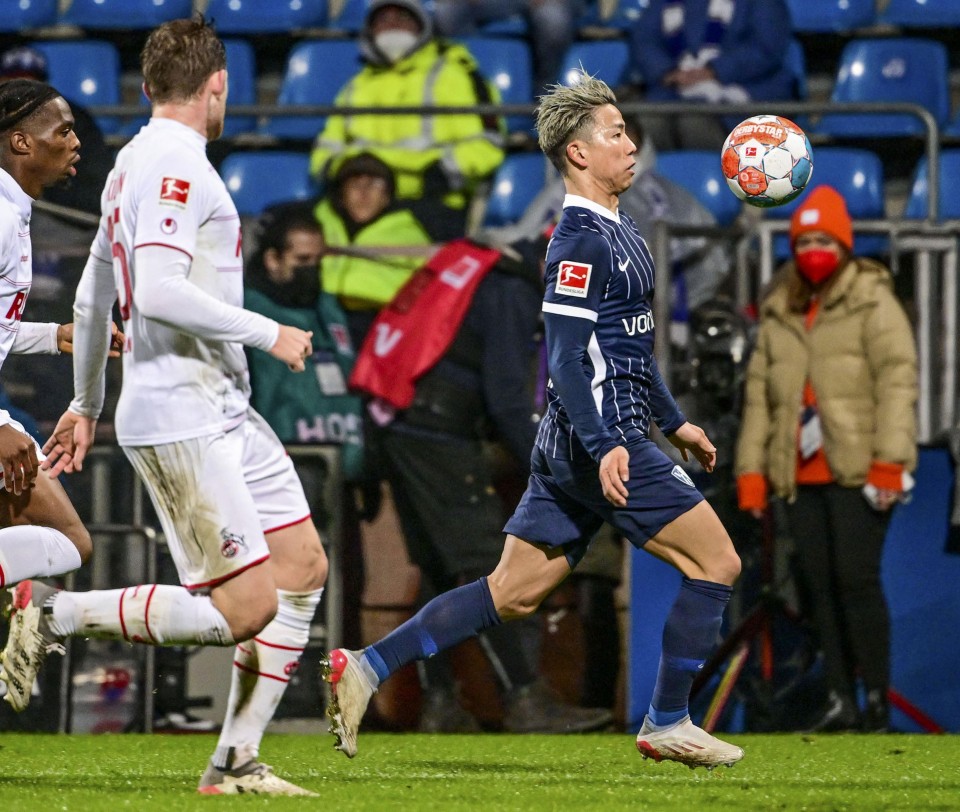 Takuma Asano (R) of Bochum is pictured in action against Cologne in the German Bundesliga in Bochum, Germany on Jan. 22, 2022. The matched finished 2-2, with Asano coming off the bench to score a second-half equalizer for his first goal of the season. (Kyodo)

In Belgium, Japanese forwards Daichi Hayashi and Taichi Hara both got on the scoresheet as Sint-Truiden beat Seraing 3-1 at home.

Hayashi netted the opener in the 40th minute after he was played through on goal and shot through the legs of the opposing keeper, but Japan keeper Schmidt Daniel could not prevent Yahya Nadrani from getting a leveler four minutes later.

Hara, whose hold-up play contributed to the opener, helped Sint-Truiden win a penalty with a knockdown header before Christian Bruls converted from the spot in the 78th minute. He scored a header in stoppage time to seal the tie.