Pandemic unlikely to have "scarring" effects on Japan economy: IMF

The International Monetary Fund said Thursday the coronavirus pandemic is unlikely to have "significant scarring effects" on Japan due to substantial fiscal and monetary support, but the world's third-largest economy needs to come up with post-pandemic policies to ensure sustainable growth as its population shrinks.

The IMF also said in an assessment of Japan's economic developments and policies that there is still "room" to raise revenues such as through consumption tax rate hikes, with the country's tax revenues as a percentage of gross domestic product relatively low among the Group of Seven industrialized nations. 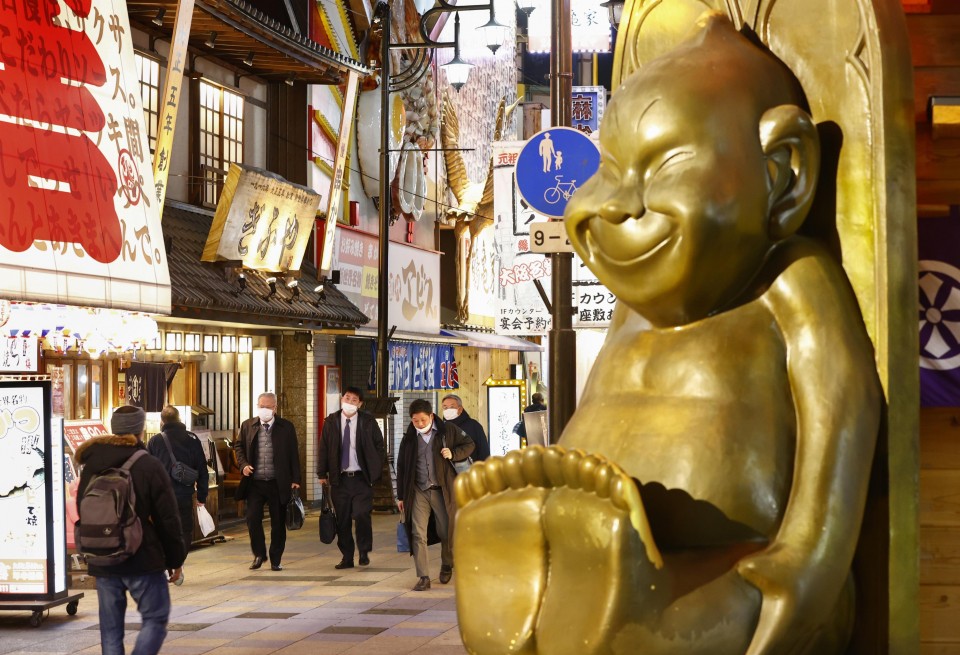 The Washington-based institution holds regular consultations with member countries, usually annually. The pandemic, however, has disrupted the schedule, making the latest report on Japan the first since February 2020.

In its preliminary findings following the consultations, the IMF estimated that Japan's growth will accelerate to 3.3 percent in 2022 following a 1.6 percent rise in 2021, on the back of continued strong fiscal support, a high COVID-19 vaccination rate and the easing of pandemic-related global supply constraints. The economy suffered a 4.5 percent contraction in 2020.

While the current surge of the highly transmissible Omicron variant of the coronavirus in Japan could slow growth momentum in the first quarter of 2022, a "strong rebound" is expected in the second quarter as the wave dissipates, the IMF said.

But it also warned of the "unusual uncertainty around the pandemic," touching on a possible delay to the recovery of services consumption if strict containment measures become necessary as a result of Omicron cases overwhelming the health system.

Overall, the "scarring effects" from the health crisis -- meaning the extent to which growth will return to its pre-pandemic level -- will be limited in Japan due to the significant support provided to companies and households, Ranil Salgado, assistant director of the IMF's Asia and Pacific Department who led the IMF's mission to Japan, said in an online press conference.

"As we exit the pandemic, households will have substantial savings that have been built up during the pandemic, which is often different from what you see in other crises...Firms have been able to retain workers," he added.

A fiscal stimulus package announced by the Japanese government in November could have been "better targeted," such as by lowering the income threshold for cash transfers to child-rearing households, but it will provide "needed support," the IMF said.

The exceptional fiscal support and the sharp output drop during the pandemic, however, have raised Japan's debt-to-GDP ratio from 236 percent in 2019 to 259 percent in 2021.

While debt rollover and issuance risks are "contained" in the near term, helped by a large domestic savings base and other factors, debt sustainability risks will increase as demographic trends weigh in the medium and long terms, with health care and long-term care spending expected to continue rising, the IMF said.

Over the longer term, a possible shrinking of the labor force and low productivity growth are two of the main challenges faced by the Japanese economy, Salgado said in a written interview with Kyodo News.

To raise revenues, the IMF laid out options to explore including raising the current 10 percent consumption tax rate, without specifying an exact level, and strengthening property taxation through the removal of preferential treatment of residential land.

Meanwhile, medium-term inflation is projected to remain well below the Bank of Japan's 2 percent target.

"In this regard, we strongly support the Bank of Japan's commitment to accommodative monetary policy until inflation is durably above target," Salgado said.

While monetary tightening is expected or already under way in some advanced economies amid higher inflation, the IMF official said interest rate differentials could weaken the yen further.

A weaker yen would be a boon for export-oriented firms, as their overseas profits would gain a boost when repatriated.

At the same time, a sharp tightening of global financial conditions could lead to "heightened risk aversion" and trigger an appreciation of the yen, which is perceived as a safe-haven, the official added.