The northeastern town of Futaba, which hosts part of the crippled Fukushima nuclear plant, on Thursday started allowing some residents to stay overnight at their homes for the first time in more than a decade.

People subject to the program are mainly those who have homes in areas that could see their evacuation order lifted as early as June this year.

The start of the program marks a step forward for the town to once again become inhabited after the quake-triggered tsunami on March 11, 2011, engulfed the Fukushima Daiichi plant and caused the world's worst nuclear disaster since the 1986 Chernobyl crisis, forcing all Futaba residents to evacuate.

"I want to build a town that makes people feel good about returning to," Shiro Izawa, mayor of Futaba, told reporters. 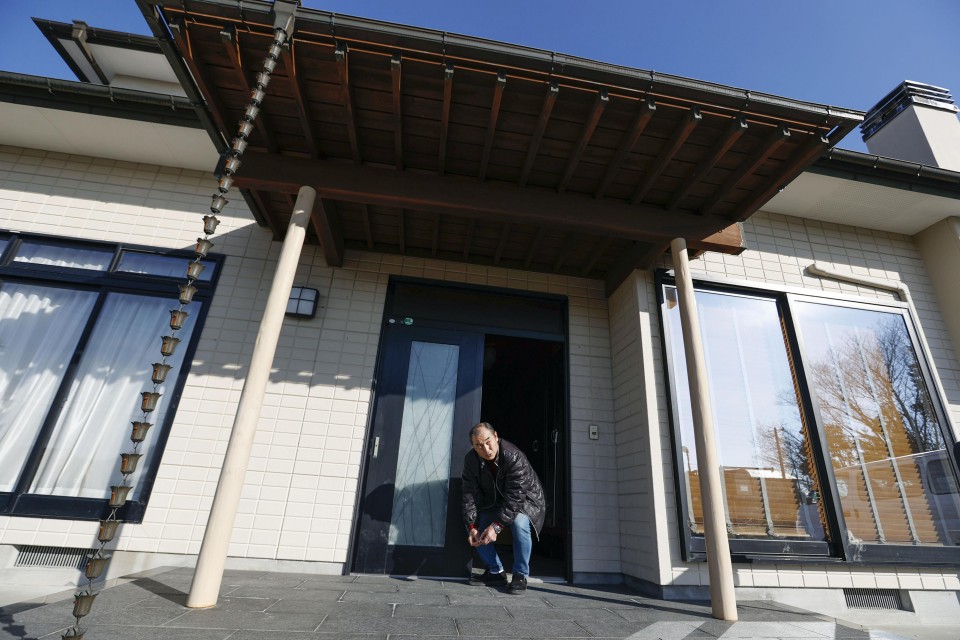 Yoichi Yatsuda is pictured at his home in Futaba, Fukushima Prefecture, on Jan. 20, 2022. (Kyodo)

The final municipality that was totally off-limits due to radiation, Futaba partially lifted its entry ban in March 2020, paving the way for the resumption of some operations at the town office.

Decontamination and the building of infrastructure has been taking place in some 780 hectares, accounting for 15 percent of its entire area, to prepare for the return of its citizens. The area centering on JR Futaba Station is included in the reconstruction efforts.

"Finally this day has come. I'd like to prepare so I can start getting back the life I had before the accident," said Yoichi Yatsuda, a 70-year-old former keirin cyclist, after returning from nearby Minamisoma, Fukushima Prefecture, where he had been evacuated.

At the end of last year, 3,613 people had certificates of residence in the designated areas, but many have already demolished their houses and only 15 people from 11 households had applied for the program by Wednesday.

As for the no-go zone outside the designated areas, the central government announced a decontamination plan in August last year so applicants can return to their homes in the 2020s but the prospect of removing evacuation orders remains unclear.

The nearby town of Okuma and Katsurao village have already begun allowing residents to stay overnight in designated reconstruction areas.