A transgender woman was referred to prosecutors Thursday for suspected trespassing after using the ladies room in a commercial facility in Osaka, in a case an expert on LGBT issues fears might lead to more prejudice and discrimination against sexual minorities.

According to the Osaka prefectural police, the commercial facility in the western Japanese city contacted the police after a customer complained that she could not use the women's restroom because "a man wearing women's clothes was using it," causing her "fear."

The transgender woman in her 40s, who police later confirmed entered the ladies' room in May last year, has told investigators she knew she was not supposed to use the facility because her gender is listed as male on the family registry. 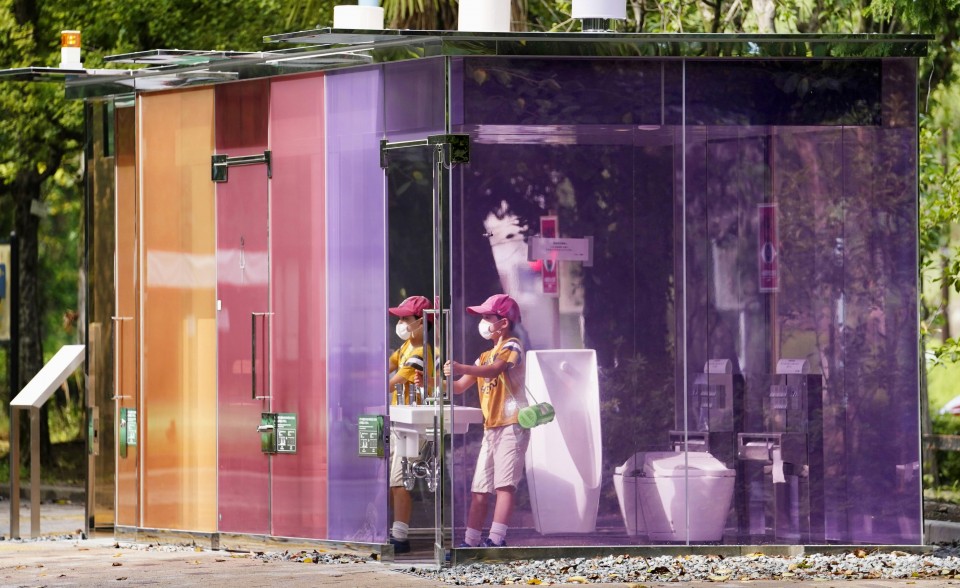 Photo taken at a park in Tokyo's Shibuya Ward on Sept. 3, 2020, shows a public toilet, created by architect Shigeru Ban, which is transparent when nobody is inside it. Ban designed the toilet under the Nippon Foundation-led Tokyo Toilet project, in which a total of 17 similar toilets designed by various designers and architects will be created in the ward. (Kyodo) ==Kyodo

Investigative sources said that while she identifies as a woman, she presents as male for work and dresses in women's clothing on her days off.

Mikiya Nakatsuka, president of the Japanese Society of Gender Identity Disorder, said most transgender people "pay attention when they use toilets at public facilities so they can stay out of trouble."

"I am worried that if this single case draws attention, it might lead to more prejudice and discrimination against them," said Nakatsuka, also a professor of health sciences at Okayama University's graduate school.

"Gender identity is invisible, so people cannot help but judge from a person's appearance on the appropriateness of the use of toilets separated by genders," said Takashi Kazama, a professor well versed in sexual diversity issues at Chukyo University.

According to the investigative sources, the Osaka prefectural police, in sending papers pertaining to the case, did not seek indictment but left the decision on whether to charge her with the prosecutors.