70% of Japan firms keep, expand business in Myanmar even after coup

About 70 percent of Japanese companies investing in Myanmar will either maintain or expand their operations in the Southeast Asian country in a year or two despite the severe hit to its economy from last year's military coup and the coronavirus pandemic, according to a Japan External Trade Organization report. 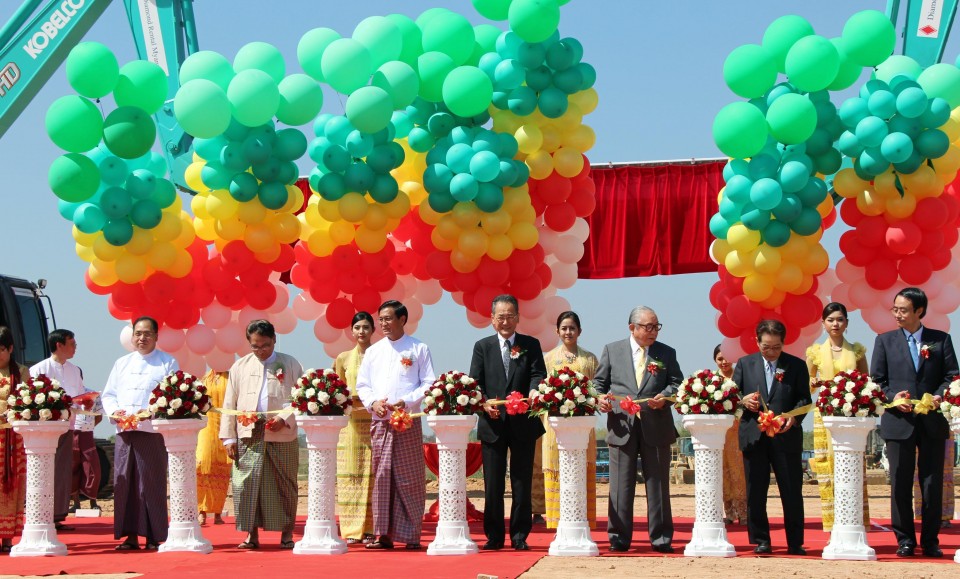 The Dec. 9 report said if the business environment continues to deteriorate in Myanmar, more Japanese investors may have no choice but to reduce their operations or withdraw.

With the first anniversary of the Feb. 1 coup approaching, the United Nations said Dec. 31 that the political and security situation in Myanmar is expected to remain volatile in 2022, and that a fourth wave of COVID-19, due to a relatively low vaccination rate and the emergence of new variants of the coronavirus, is considered a growing risk.

In October, the International Monetary Fund forecast that Myanmar's economy would shrink a whopping 17.9 percent in 2021, down 9.0 percentage points from the Washington-based institution's estimate in April.

The IMF also projected that Myanmar's gross domestic product would contract 0.1 percent in 2022.

According to the JETRO survey, 63.6 percent of respondents expected their 2021 operating profits to fall from a year earlier, while 27.8 percent forecast they would chalk up the same level of profit.

About 180 companies responded to the survey conducted by the Japanese government-backed organization in August and September. As of late June, a total of 433 Japanese companies had invested in Myanmar.

Asked why they would reduce, relocate or withdraw operations from Myanmar, 68.4 percent of the respondents cited declining sales and 50.9 percent referred to the country's low growth and potential.

Some pointed to the deteriorating business environment propelled by the unstable political situation and uncertainty about the future of the country.

A U.N. agency has issued a dismal outlook for Myanmar, saying an estimated 14.4 million people, or about a quarter of the country's population, will require humanitarian aid such as food and medical supplies in 2022.

The U.N. Office for the Coordination of Humanitarian Affairs said the prices of food and other key household commodities surged after the coup, and that the pandemic has exacerbated the country's humanitarian situation.

Over 4,400 Myanmar refugees flee to Thailand to escape fighting