The foreign and defense ministers of Japan and France will hold security talks virtually on Thursday, with cooperation in the Indo-Pacific region, where China's rise has stoked concern among many countries, expected to top the agenda.

Japanese Foreign Minister Yoshimasa Hayashi told a press conference Tuesday that the two countries share fundamental values and strategic interests and will promote their security collaboration during the online "two-plus-two" meeting, after the French Defense Ministry announced its schedule on Monday. 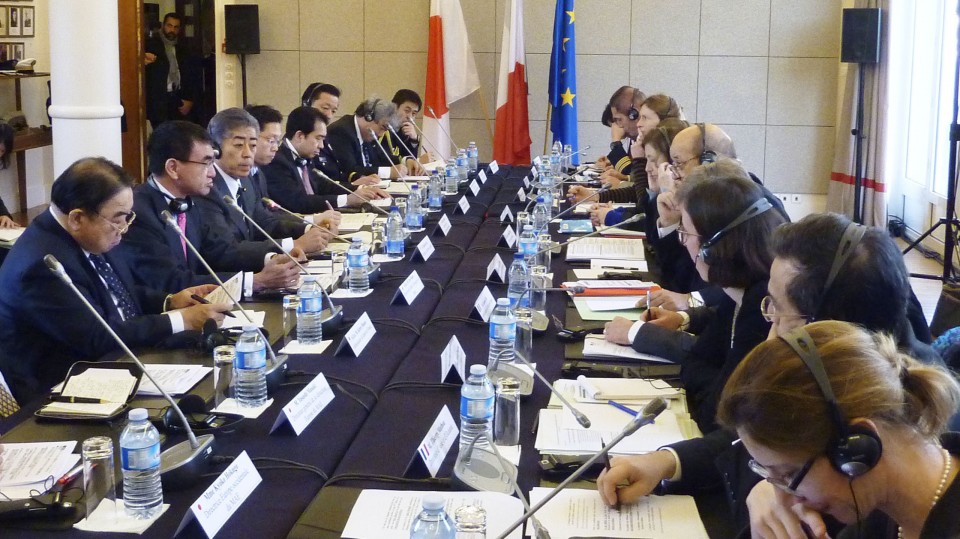 Hayashi said that he and Defense Minister Nobuo Kishi will discuss a variety of topics including recent regional affairs in the first such talks since January 2019 with their respective French counterparts Jean-Yves Le Drian and Florence Parly.

The countries had initially planned to hold an in-person two-plus-two meeting in Japan by the end of 2021 but put it off due to the coronavirus pandemic, lately fueled by the rapid spread of the highly transmissible Omicron variant. They have generally taken turns hosting such talks since their first session in 2014.

Japan has been boosting defense cooperation with European countries, including Britain and Germany, as China increasingly flexes its military muscle and steps up its territorial claims in the Indo-Pacific region.

France, which has overseas territories in the region such as New Caledonia, released its Indo-Pacific strategy in 2018 to promote a stable and rules-based order.

Regarding Tokyo as one of its most important partners, French troops last year for the first time carried out joint exercises with Japan's Ground Self-Defense Force and the United States on Japanese soil aimed at defending remote islands.

France is hoping to launch talks with Japan on a defense cooperation agreement to allow the easing of restrictions on the transportation of weapons and supplies for joint training and disaster relief operations.

Japan and Australia signed such a treaty, called the Reciprocal Access Agreement, aimed at strengthening security cooperation and facilitating faster deployment of their defense forces, earlier this month.