The new U.S. ambassador to Japan, Rahm Emanuel, arrived in Japan on Sunday, filling a key post that has been vacant for more than two years and taking on the crucial task of enhancing their countries' alliance amid China's growing assertiveness in the region.

The 62-year-old former top aide to former President Barack Obama is known for his close ties with President Joe Biden.

Emanuel gained the trust of Biden when he was White House chief of staff from 2009 to 2010 for Obama, whom Biden served as vice president. 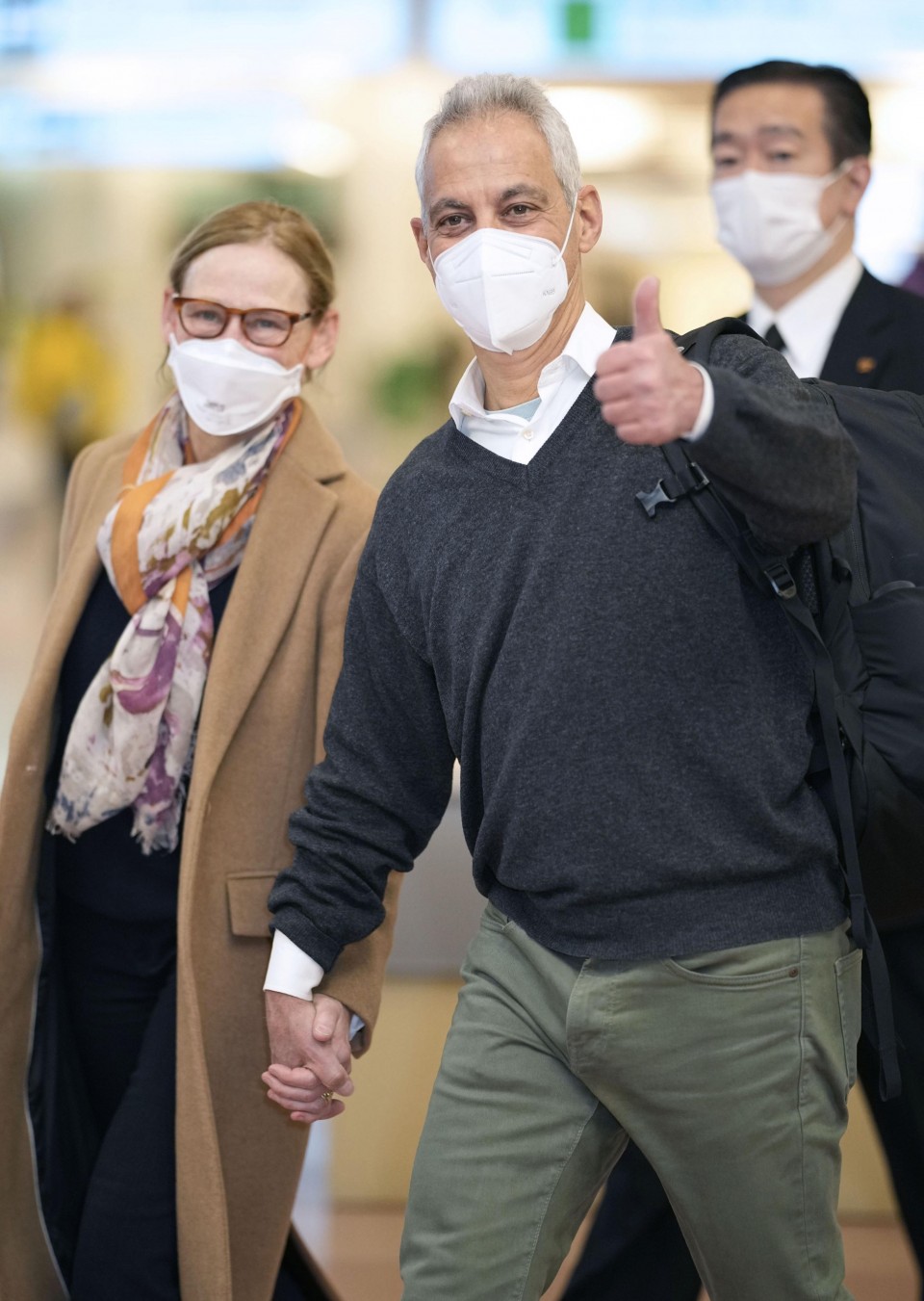 After his arrival in Japan, Emanuel tweeted that he and his wife are "excited to have arrived in Japan and are eager to meet the people of Japan as we travel throughout the country."

The U.S. ambassadorial post has been vacant since William Hagerty stepped down in July 2019 to run for the Senate.

Emanuel also served as Chicago's mayor for two terms from 2011 to 2019 and was a member of the House of Representatives from 2003 to 2009. Known for his abrasive style, he was nicknamed "Rahmbo" after Sylvester Stallone's fictional character Rambo.

日本の皆さん、はじめまして。Amy and I are excited to have arrived in Japan and are eager to meet the people of Japan as we travel throughout the country. よろしくお願いいたします。 pic.twitter.com/LrBnbEMFZj

During a Senate confirmation hearing in October, Emanuel vowed to enhance U.S.-Japan ties as China seeks to "conquer through division," and said he would welcome any major increase in Japan's defense spending.

Japan is ramping up its defense capability as the Cabinet approved in December a defense budget of 5.40 trillion yen ($47 billion) for fiscal 2022, setting a record high for the eighth consecutive year.

Emanuel is also tasked with strengthening defense ties between the United States and Japan. Attention is growing on the timeline for a possible Chinese invasion of self-ruled Taiwan.

Japan's Self-Defense Forces and the U.S. military have drawn up a draft joint operation plan that would enable the setup of an attack base along the Nansei Island chain in the country's southwest in the event of a Taiwan contingency, according to Japanese government sources.