North Korea on Thursday fired two projectiles presumed to be short-range ballistic missiles northeastward toward the Sea of Japan, the South Korean military said, the latest in a series of missile tests by the North this month.

The Joint Chiefs of Staff said the suspected missiles were launched from the Hamhung area in the eastern part of North Korea five minutes apart at around 8 a.m. and flew about 190 kilometers while reaching an altitude of about 20 km.

The projectiles are believed to have splashed down in the sea outside Japan's exclusive economic zone, according to the Japanese government. There were no reports of damage as a result of the firing.

A South Korean military official told reporters that the missiles are presumed to have hit the target on an island off Musudan-ri in the northeast, adding that their type is still be analyzed. 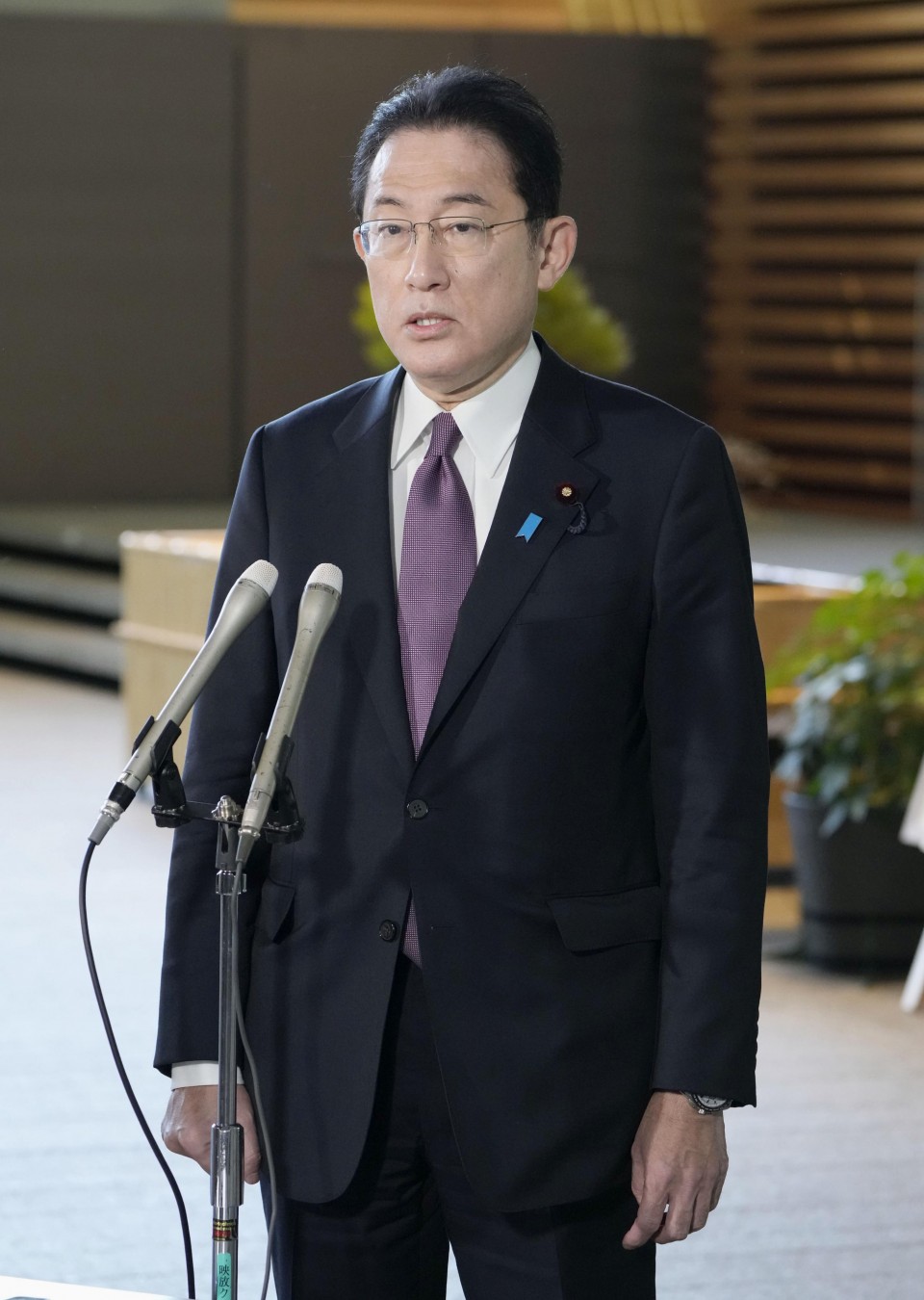 Thursday's firing is the sixth projectile launch by the North this year, if two suspected cruise missiles fired earlier this week are included.

"It is very regrettable," Japanese Prime Minister Fumio Kishida told reporters in Tokyo of the slew of launches by North Korea, adding that the launches were in violation of U.N. Security Council resolutions and that Tokyo has lodged a protest with Pyongyang over them.

He said the government is gathering relevant information on the latest launch.

North Korea is banned from firing ballistic missiles under U.N. Security Council resolutions that have imposed sanctions on the nation.

In Seoul, South Korean officials held a meeting of the National Security Council and expressed "deep regrets" over the series of missile firings as they go against Seoul's wishes for peace and stability on the divided peninsula, according to the presidential office.

The U.S. military's Indo-Pacific Command, in a statement, called Thursday's event "ballistic missile launches," and said it is closely consulting with its allies and partners.

The command added that the series of tests by the North highlight the "destabilizing impact of the DPRK's illicit weapons program." DPRK is the acronym of the Democratic People's Republic of Korea, North Korea's official name.

North Korea test-fired ballistic missiles on four occasions between Jan. 5 and 17. On Tuesday, the North fired two suspected cruise missiles from an inland location, according to a South Korean military official.

North Korea last week hinted at resuming nuclear and intercontinental ballistic missile tests, which were suspended in 2018 when leader Kim Jong Un was seeking to build trust with then U.S. President Donald Trump.

The country's media reported on Jan. 20 that a key ruling party gathering the previous day had concluded that North Korea should take "practical action to more reliably and effectively increase our physical strength" to counter the United States.

As Thursday's suspected short-range ballistic missiles flew at a relatively low altitude -- about 20 km at the highest point -- experts said the North may have fired at a low trajectory projectiles such as "super-large multiple rocket launchers," which Japan and the United States assess to be ballistic missiles.

While the United States is pushing for expanded sanctions against North Korea, China and Russia -- two other veto-wielding powers on the Security Council -- appear in no hurry to agree to such a move. Beijing and Moscow are traditionally friendly to Pyongyang.