The Bank of Japan on Tuesday lifted its inflation forecasts for the next fiscal year, reflecting higher raw material costs and the effect of a weaker yen, but maintained its easy monetary policy as the 2 percent target is still far off and surging COVID-19 cases are raising uncertainty.

In an outlook report released after a two-day policy-setting meeting, the BOJ projected the core consumer price index, excluding volatile fresh food items, would rise 1.1 percent in fiscal 2022, up from its earlier estimate of a 0.9 percent gain.

The central bank said the price outlook is "generally balanced" amid budding signs of inflation, a change from "skewed to the downside," a phrase that had been used since 2014.

BOJ Governor Haruhiko Kuroda doubted the sustainability of price increases driven by higher commodity prices unless it is accompanied by strong wage growth.

Kuroda dampened expectations of changing the current accommodative policy in contrast to U.S. and European central banks that are moving toward policy normalization in a bid to tamp down inflation.

The BOJ decided to continue with its yield curve control program, under which it sets short-term interest rates at minus 0.1 percent while guiding 10-year Japanese government bond yields around zero percent to keep borrowing costs at low levels for companies and households. 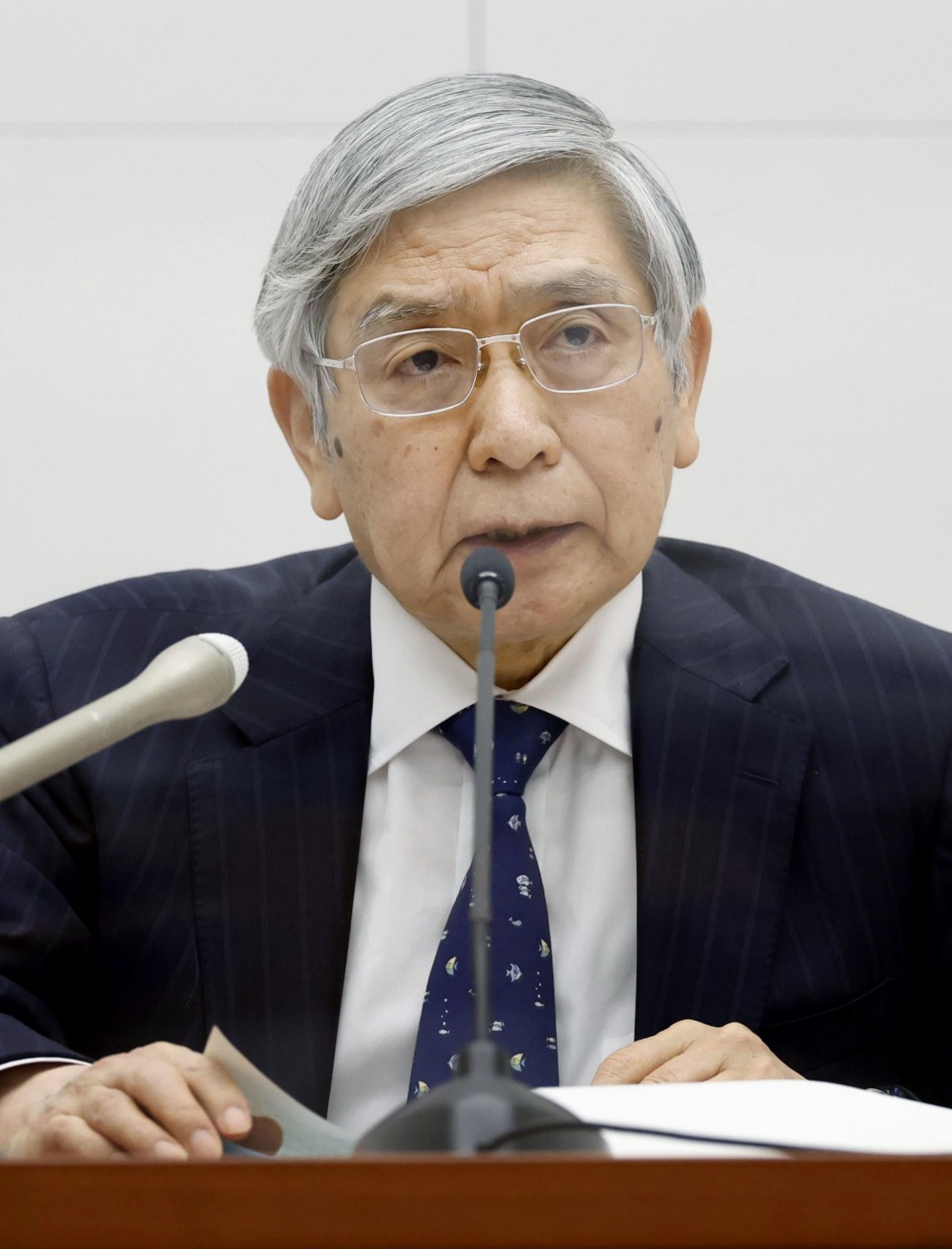 "Even if prices are rising due mainly to higher commodity prices, it won't be something sustainable unless it comes with wage increases," Kuroda told a post-meeting press conference.

"We are not thinking at all about raising interest rates or changing the current accommodative policy and we are not discussing (such possibilities)," the governor said.

The 2 percent target will not be achievable any time soon, he said.

The core CPI for fiscal 2023 -- when Kuroda's current term ends -- is projected to rise only 1.1 percent, though slightly revised up from the 1.0 percent rise projected earlier.

The policy meeting came amid growing concerns about the rapid spread of the Omicron strain of the novel coronavirus, with a quasi-state of emergency expected in a wider area of Japan.

The BOJ lifted its fiscal 2022 growth outlook for the economy to 3.8 percent from 2.9 percent projected in October, factoring in a lagging recovery in service consumption.

"A pickup in Japan's economy has become evident as the impact of COVID-19 at home and abroad has waned gradually," it said in the quarterly outlook report, an upgrade from its previous assessment that the economy was in a "severe" state due to the pandemic, though it had picked up as a trend.

Higher input costs have gradually led Japanese companies to pass them on to consumers through price rises.

Still, such pass-through to consumers remains modest when compared with surging wholesale prices, a sign that many companies are choosing to absorb cost increases rather than risk hurting demand with immediate price hikes.

In November, the core CPI rose 0.5 percent from a year earlier, its sharpest increase since February 2020.

The rising trend of prices also stems from the yen's depreciation, a byproduct of the BOJ's bold monetary easing, as it inflates import costs, proving a headache for resource-scarce Japan.

BOJ watchers say the prospect of a diverging monetary policy from the U.S. Federal Reserve, which is moving toward tapering bond buying with interest rate hikes seen on the horizon, is also behind the softer yen.

The U.S. dollar rose to the yen on Tuesday after the BOJ's decision.

Kuroda repeated the view that the benefits of a weak yen outweigh the negatives for the economy.

"The basic picture of a weak yen boosting the economy and prices remains unchanged. And I don't see such the weakness of the yen as bad," he said.

The recent pickup in inflation may be good news for the BOJ but consumers are sensitive to rising prices of food and other daily goods.

Private-sector economists say consumer sentiment will be hurt without strong wage growth and if the COVID-19 pandemic continues to weigh on the economy.

"Despite the upward revisions, concerns about accelerating inflation are not comparable to those in other advanced economies and the BOJ's inflation target is still out of reach," Kodama said, adding he expects monetary easing to continue.

The Policy Board made no change to a program to buy exchange-traded funds with an annual upper limit of 12 trillion yen ($104 billion).

Yen weaker but not negative for Japan economy: Bank of Japan chief