The Tokyo metropolitan government projected Thursday that the seven-day rolling average of new COVID-19 cases will surge to 9,576 daily in a week if cases increase at the current pace, as an apparent sixth wave of the coronavirus pandemic hits the capital.

The projection comes as Tokyo reported 3,124 new infections, topping the 3,000 mark for the first time in more than four months. The seven-day average stood at about 1,500.

The occupancy rate of hospital beds for COVID-19 patients was 13.7 percent Wednesday, with 954 people hospitalized and four of them showing severe symptoms, according to the metropolitan government. 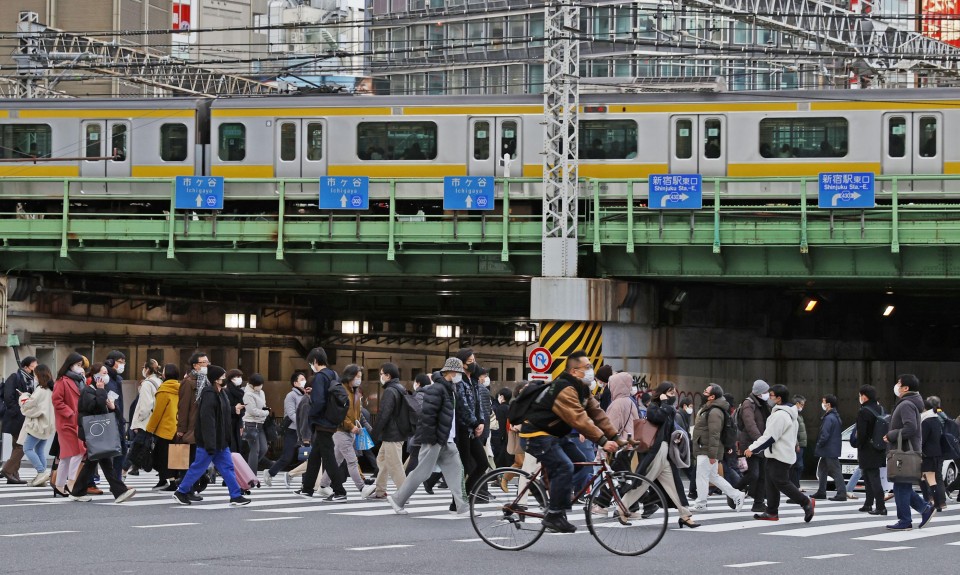 The projected increase in the seven-day average to over 9,500 for Tokyo next Thursday was presented at a meeting of a panel at the metropolitan government.

Panel head Mitsuo Kaku warned that case counts could go above 10,000 in the near future, saying, "It is important to be fully prepared in advance."

Tokyo also raised its COVID-19 alert to the second highest of four levels the same day as the rapid spread of the Omicron variant continues to drive up infections.

It is the first time since September that the alert has stood at the second-highest level.

Up to 83.9 percent of those who tested positive in PCR tests for new strains in the week ended on Monday were apparently infected with Omicron, up from 49.1 percent the previous week, according to the metropolitan government.

The nationwide tally Wednesday was 13,244, the highest level in over four months.