Japanese Emperor Naruhito again expressed his hope for the end of the coronavirus pandemic in a poem recited Tuesday at an annual ceremony.

Princess Aiko, the only child of Emperor Naruhito and Empress Masako, released her first poem after coming of age last month, though she skipped attending the New Year Poetry Reading Ceremony as she is currently studying at university. 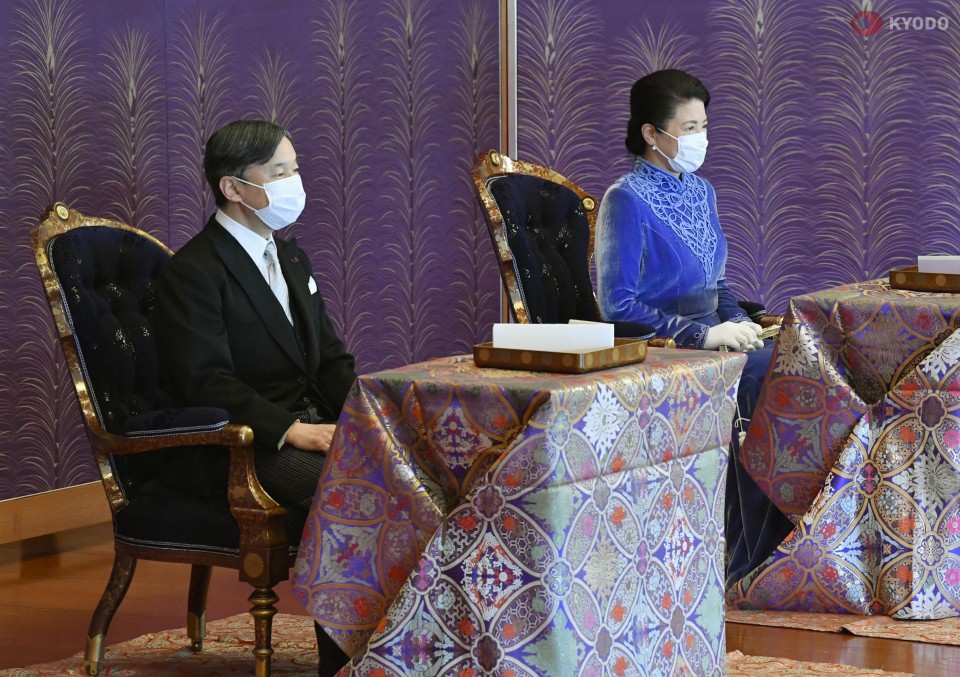 The 61-year-old emperor expressed his hopes of seeing many people once again travelling to and from Japan once the pandemic is contained, according to the Imperial Household Agency.

The ceremony, attended by the imperial couple as well as Crown Prince Fumihito, the emperor's brother, was held with a significantly reduced number of participants to prevent the spread of COVID-19.

Participants wore masks and shields, and acrylic partitions were set up in front of speakers as part of anti-virus measures.

The theme of this year's "waka" poems at the reading held at the Imperial Palace was "mado," meaning "window."

The official translation of the poem written by the Emperor and provided by the Imperial Household Agency is as follows:

As our contacts with the world

I earnestly hope for a day

When the window opens to the world

The 58-year-old empress wrote about the view from the family's new residence on the grounds of the palace in Tokyo after moving from the nearby Akasaka Imperial Residence last September.

Looking through the windows

Of the Fukiage Palace, our new residence,

We enjoy the greenery

Of the great trees around us

Princess Aiko looked back on her feelings of excitement when she went to Eton College on the outskirts of London to attend a summer school program while she was a second-year student at Gakushuin Girls' Senior High School in Tokyo.

The official translation of the princess' poem is as follows:

As I stand before

The House of learning where I shall study in Britain,

I feel the windows to the world

Are opening up to me

The family's poems, as well as works composed by other members of the imperial family and 10 pieces chosen from 13,830 entries submitted by the public, were recited in the traditional style at the reading ceremony.