Japan's Taro Daniel claimed one of the biggest wins of his career Thursday, advancing to the third round of the Australian Open with a straight-sets defeat of British former world No. 1 Andy Murray. 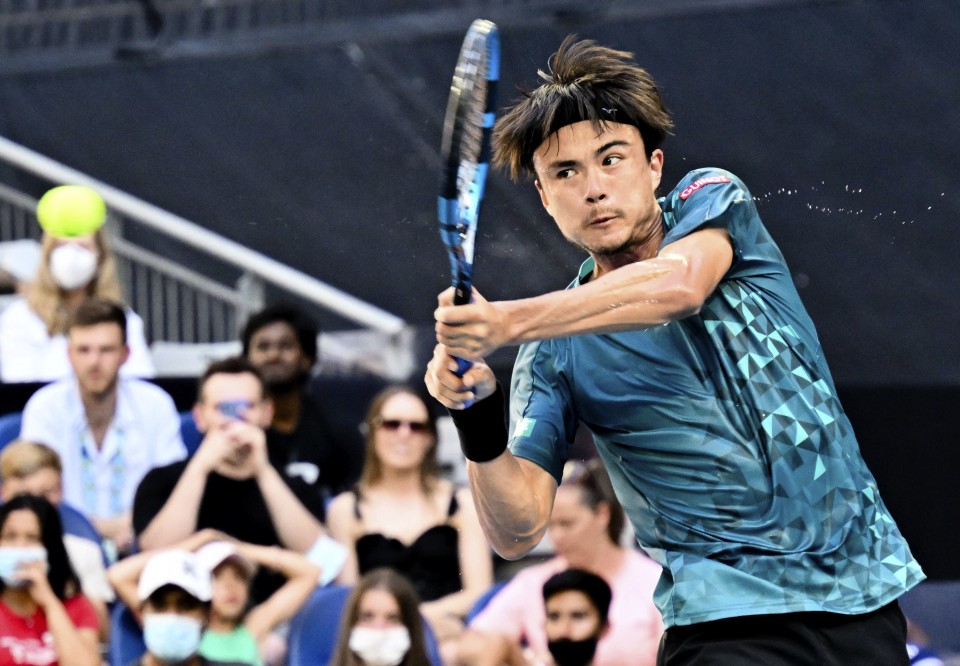 Taro Daniel of Japan plays in the men's singles second round against Andy Murray of Britain at the Australian Open tennis championships in Melbourne on Jan. 20, 2022. (Kyodo)

Three-time Grand Slam winner Murray had received wildcard entry to the Australian Open, where he was looking to continue his climb back up the rankings from No. 113 following major hip surgery.

But it was 28-year-old qualifier Daniel who played like the more accomplished of the two, as he served and volleyed his way to a memorable victory.

"It's amazing," Daniel said. "Winning a match like this here with a lot of people, especially after COVID, playing without crowds, and suddenly I'm able to play this big match. It's unbelievable."

Daniel served 12 aces to Murray's seven and hit 46 winners to the Scotsman's 38. The Japanese Olympian showed his determination while saving four break points in the second game of the second set before winning a crucial break point the following game.

Daniel thanked the Melbourne Park crowd for their vocal support, which grew louder as he edged closer to the improbable win over Murray, who had never lost to an opponent from outside the top 100 at a Grand Slam.

"I was trying to feel this energy in my body and had goosebumps. It was amazing, thank you," said Daniel, who reached a career-high ranking of 64 in mid-2018.

"Even if it was three sets, it was a long match. I'll try to recover as best as I can and not do anything too crazy."