Star forward Mana Iwabuchi will miss the start of Nadeshiko Japan's title defense at the Women's Asian Cup in India after testing positive for the coronavirus, the Japan Football Association announced Wednesday.

The attacker for English club Arsenal has not been in close contact with any other members of the Japan squad after traveling separately to India for the tournament, which kicks off Thursday and runs through Feb. 6. 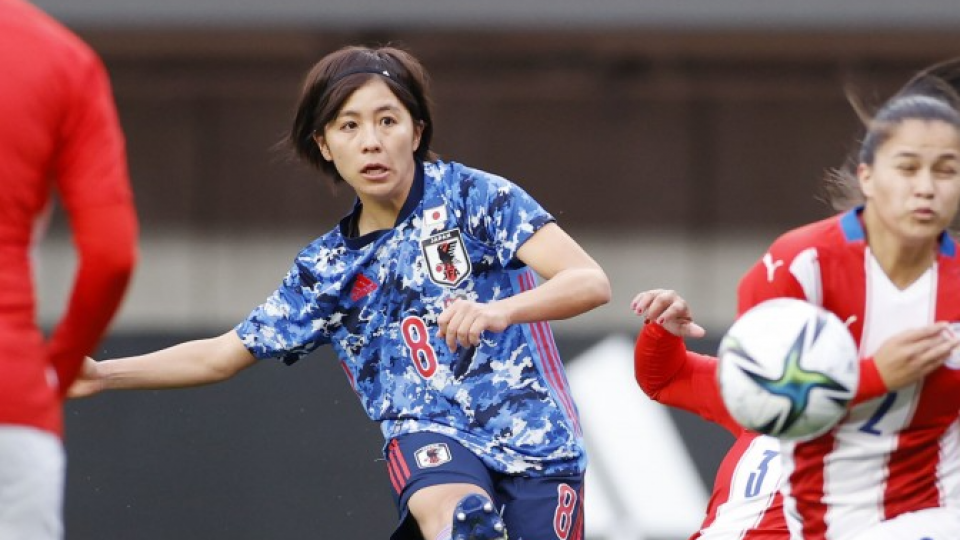 Japan forward Mana Iwabuchi (L) attempts a shot on goal in the first half of an international friendly against Paraguay at Yurtec Stadium Sendai on April 8, 2021. (Kyodo)

Iwabuchi is asymptomatic and will isolate with a view to joining the team after she receives medical clearance, the JFA said.

The 28-year-old tested negative before her departure from Britain but returned the positive test upon landing in India on Tuesday.

She will be allowed to join her teammates after isolating for seven days, provided she tests negative for the virus and remains without symptoms.

The reigning Asian champions will open their Group C campaign against Myanmar in Pune on Friday.