At least ten countries have officially notified the United Nations that they will participate as observers at the first meeting of signatories to a treaty banning nuclear weapons slated for March in Vienna, sources familiar with the matter said Friday.

Japan, which relies on the U.S. nuclear umbrella for its security and is not one of the treaty's 86 signatory countries and regions, is facing growing calls to join the meeting as an observer as it is the only country to have experienced atomic bombings.

"We urge the government of Japan...to swiftly sign and ratify the treaty," the Japan Confederation of A- and H-Bomb Sufferers Organizations said in a statement released Saturday, the first anniversary of the treaty's entry into force.

The ten countries include Brazil, Finland and Indonesia. The number is expected to grow as Germany and Norway have expressed their intention to take part in the meeting as observers. 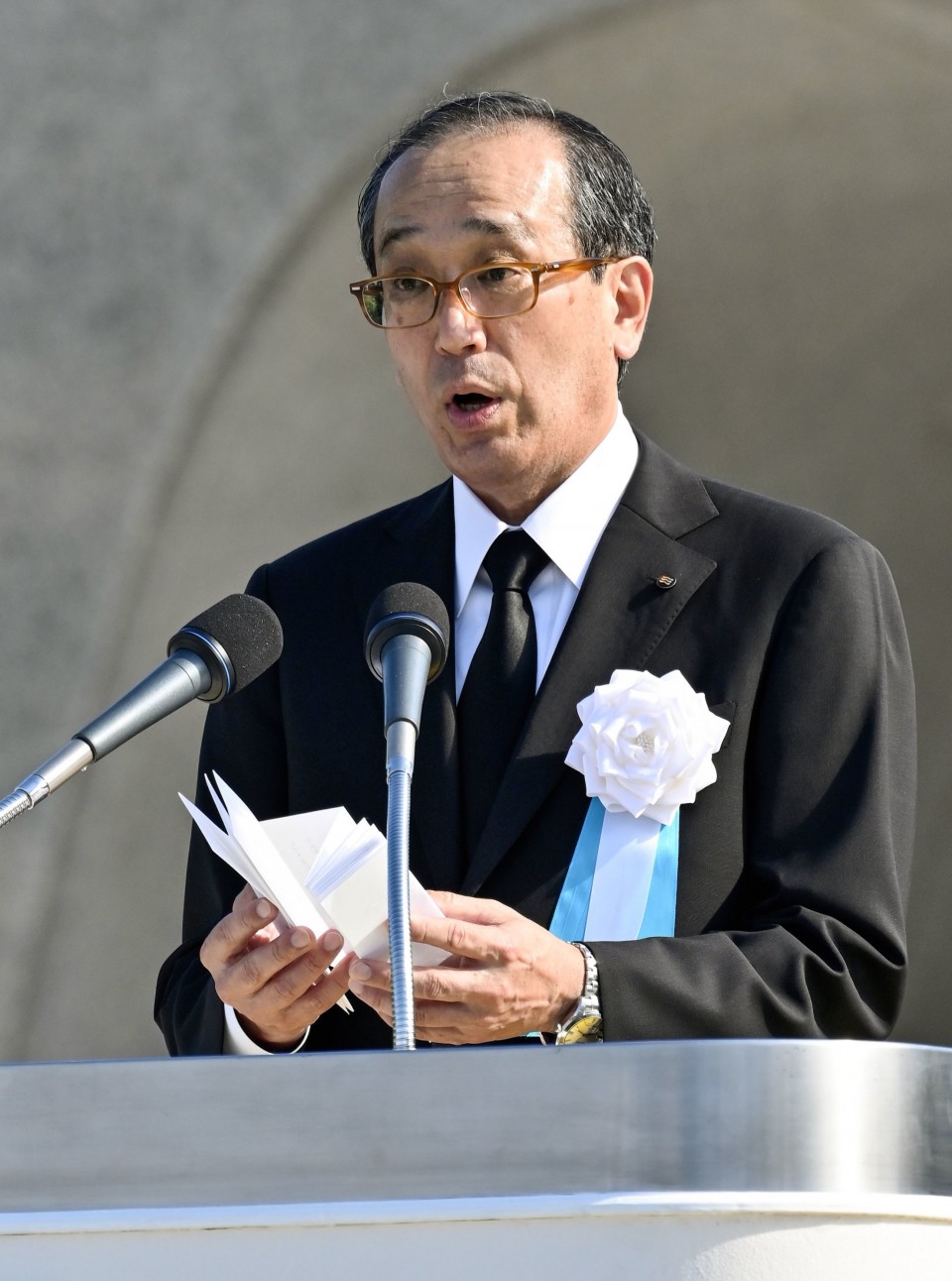 Hiroshima Mayor Kazumi Matsui makes a speech at a ceremony to mark the 76th anniversary of the U.S. atomic bombing of Hiroshima on Aug. 6, 2021, at the Peace Memorial Park in the Japanese city. (Kyodo) ==Kyodo

A total of 59 countries and regions have already ratified the Treaty on the Prohibition of Nuclear Weapons, which bans the development, possession, testing, and use of such arms. But no nuclear weapons states such as the United States and Russia have signed the treaty adopted in 2017.

Tensions are growing between states that possess nuclear weapons and signatories of the treaty, while treaty advocates such as the Nobel Peace Prize-winning International Campaign to Abolish Nuclear Weapons have been calling for more countries to sign it.

The five recognized nuclear weapons states -- Britain, China, France, Russia and the United States -- said in a joint statement this month that nuclear arms races must be avoided.

"We affirm that a nuclear war cannot be won and must never be fought," they said, adding the role of such armaments should be limited to defensive purposes.