A freight train from North Korea arrived in China's border city of Dandong on Sunday after a long interval caused by the coronavirus pandemic, sources close to the matter said, but it remains uncertain whether the two countries will resume trade in a full-fledged manner anytime soon.

North Korea, which claims no COVID-19 cases have been found in the country, has cut off land traffic to and from China due to worries that the virus, first detected in the central Chinese city of Wuhan in late 2019, could enter its territory. 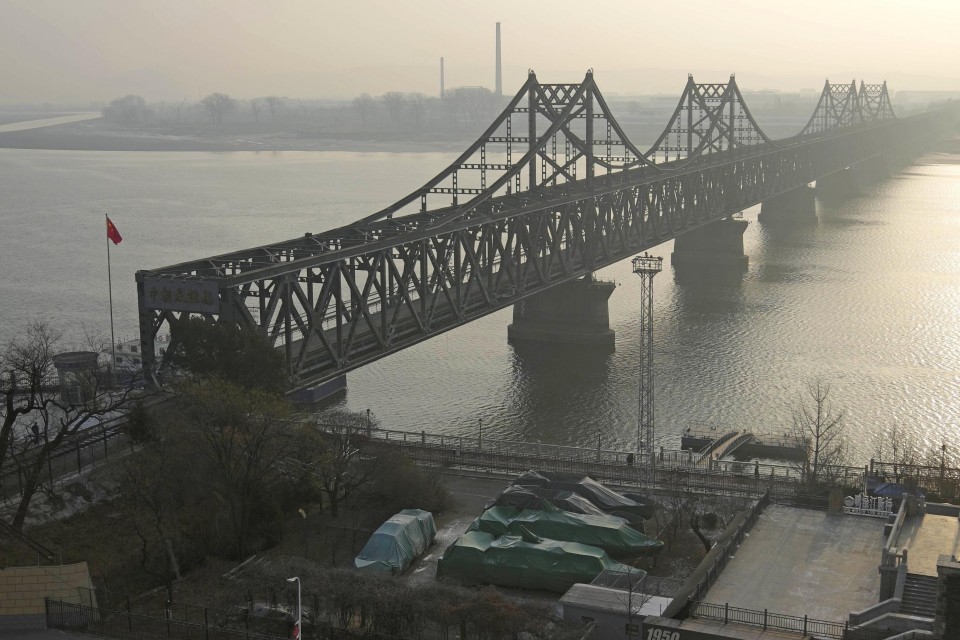 Photo taken from the Chinese city of Dandong on Dec. 20, 2021, shows the Sino-Korean Friendship Bridge connecting with the North Korean town of Sinuiju. (Kyodo)
==Kyodo

The customs office in Dandong near the Yalu River has been effectively closed as North Korea has banned its citizens from visiting China. To date, the suspension of a train link between them was believed to have continued more than a year.

Restaurants and shops run by Koreans in the Chinese border city have been shuttered, as trade with the neighboring country has been choked off.

The traffic restrictions have stifled North Korea's trade with China, dealing a crushing blow to the broader economy. The latest resumption of freight train operations may be aimed at providing essential products to North Korea in a limited fashion.

In addition to a plunge in trade with China, agricultural devastation by powerful typhoons and flooding has sparked concern that North Korean citizens might not be receiving adequate food and other daily necessities.

Previously, North Korea barred foreigners from crossing its borders during the 2003 outbreak of severe acute respiratory syndrome, or SARS, and the Ebola epidemic in West Africa in 2014. 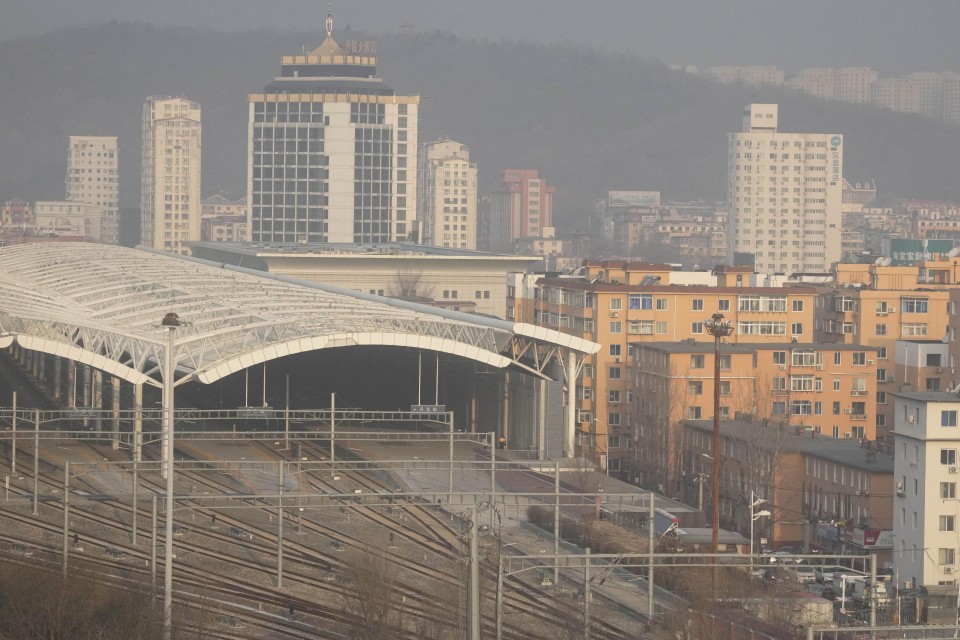 Early last year, expectations briefly grew that North Korea and China would restart land transportation in the not-so-distant future, but Pyongyang has tightened security along the border river as the Delta variant of the virus was confirmed in China in May 2021.

Recently, community infections with the highly contagious Omicron variant have been expanding in China, which could make North Korean leader Kim Jong Un more reluctant to let down his guard against the virus.

North Korea said earlier this month it has decided not to participate in the upcoming Beijing Olympics and Paralympics, saying the global COVID-19 spread has motivated the country to skip the sporting events.