Defending champion Naomi Osaka was eliminated from the Australian Open on Friday in a third-round upset against 60th-ranked American Amanda Anisimova.

The 20-year-old Anisimova won 4-6, 6-3, 7-6(5) at Margaret Court Arena, outdueling the Japanese former world No. 1 in the first-to-10 tie-breaker after neither player broke serve in the deciding set. 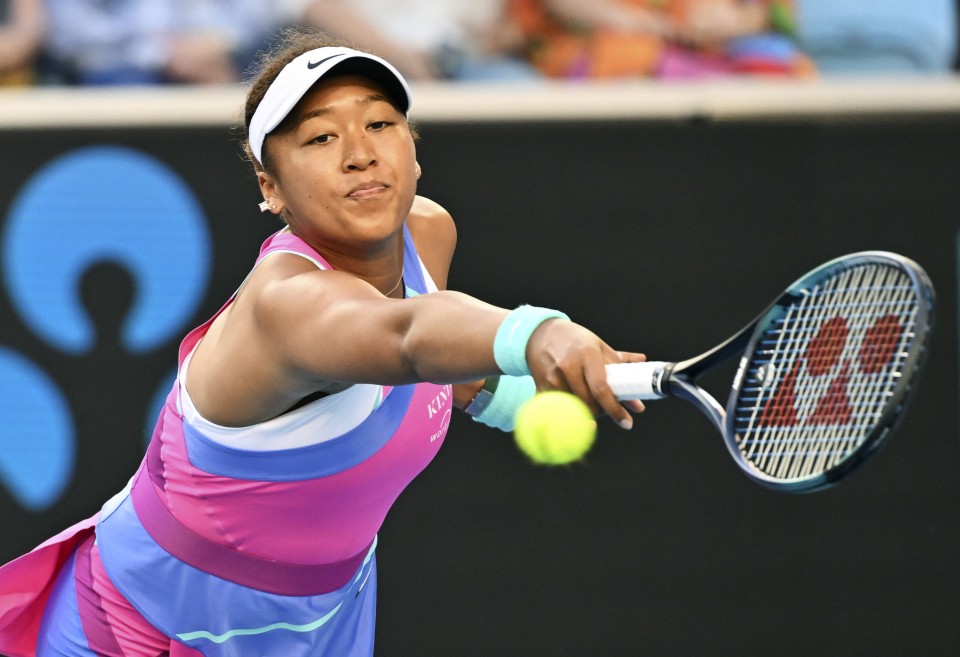 Naomi Osaka of Japan plays in the women's singles third round against Amanda Anisimova of the United States at the Australian Open tennis tournament in Melbourne on Jan. 21, 2022. (Kyodo) ==Kyodo

Osaka had been playing for her third Australian Open crown and fifth Grand Slam title, having also won at Melbourne Park in 2019.

The 24-year-old was seeded 13th this year after returning from her second self-imposed break from tennis to care for her mental health.

She had cruised past American Madison Brengle on Wednesday to reach the tournament's third round for the fifth straight year, but faced a much tougher opponent in Anisimova, who was coming off a straight-sets win over Olympic champion Belinda Bencic.

"I thought she played really well," Osaka said. "I thought it was a pretty high-level match. I think the pace of her balls surprised me, but other than that, it was fun to play."

Having stated a goal of enjoying tennis more after struggling with depression, Osaka said she was happy with her effort against Anisimova, whose aggressive, hard-hitting style matched her own.

"I fought for every point and I can't be sad about that. I'm not God. I can't win every match," said Osaka, who held two match points at 4-5 in final set.

"I just have to take that into account and know that it would be nice to win the tournament, but (winning is) really special."

Anisimova will face Australian top seed Ashleigh Barty in the round of 16.