The western Japan city of Kobe on Monday marked the 27th anniversary of the magnitude 7.3 earthquake that killed 6,434 people in the area.

Local residents and victims' families observed a moment of silence at 5:46 a.m., the time the Great Hanshin Earthquake struck the port city in Hyogo Prefecture and neighboring areas on Jan. 17, 1995. 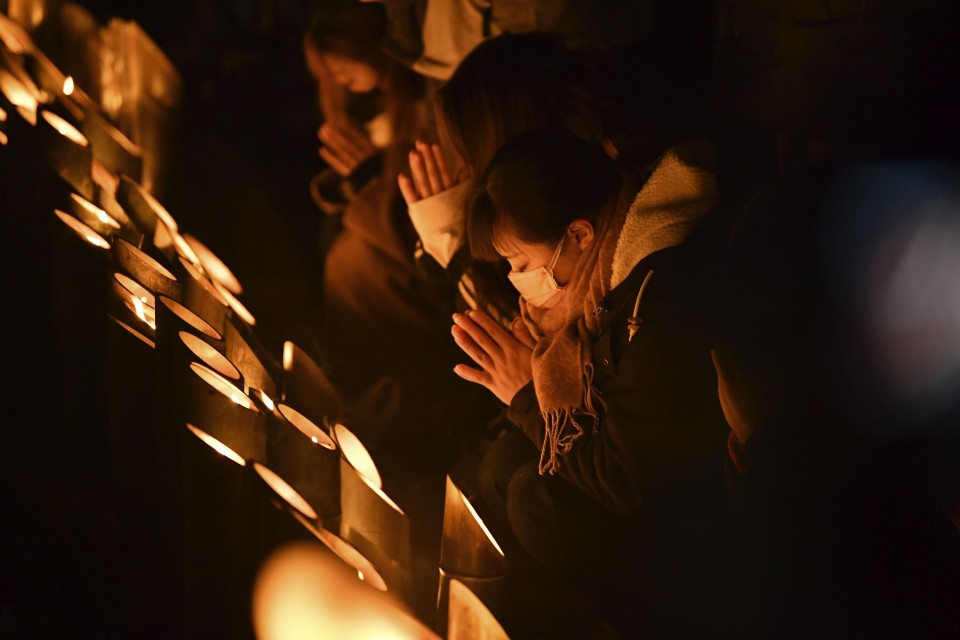 People pray during a memorial event at a park in Kobe, Hyogo Prefecture, early on the morning of Jan. 17, 2022, the 27th anniversary of the Great Hanshin Earthquake that struck the western Japan city and its vicinity, killing more than 6,000 people. (Kyodo) ==Kyodo

Just as last year, parts of memorial events were canceled or scaled back due to the coronavirus pandemic, with the measures repeated given the Omicron variant's spread in Japan in recent weeks.

In a predawn event at Higashi Yuenchi, a park in Kobe's Chuo Ward, people lit about 3,000 bamboo lanterns that were aligned to form "1.17," the date of the disaster.

The number of lanterns used in the event was half that of a usual year due to the pandemic and maintenance work under way at the park.

Chizu Takai, 60, a resident of Nishinomiya, Hyogo Prefecture, who lost her son in the quake, said, "I would like to live life to the full. That would make my son happy, I believe."

In a city-sponsored memorial event, Sakuto Tashiro, 37, a singer-songwriter who lost his sister in the temblor, recalled devastating scenes in and around his collapsed house and said, "I was 10 years old and felt as if the world ended."

Tashiro, a resident of Ibaraki, Osaka Prefecture, said he feels it is his mission to sing songs containing messages of the Kobe quake.

With more than a quarter of a century passing, the city faces the challenge of passing down the memory and knowledge of the calamity to future generations.

"We will continue to deal with the issue of how to pass on experiences and lessons from the earthquake to the next generation without losing them to time as the number of citizens who did not experience the disaster is increasing," Kobe Mayor Kizo Hisamoto said.

Making use of Kobe's experiences of post-quake reconstruction, Hisamoto said the city will continue contributing to risk reduction and disaster management, health and safety in other municipalities and regions.

"We will learn from experiences from the quake and advance preparations for disasters to come," he said.

Speaking at a news conference in Tokyo, Chief Cabinet Secretary Hirokazu Matsuno said that taking lessons from the Kobe earthquake, the government will continue to do its best in ensuring measures and risk management systems against disaster are in place.

Besides the 6,434 killed, the quake left three people missing and about 10,000 severely injured, with some 640,000 buildings affected. 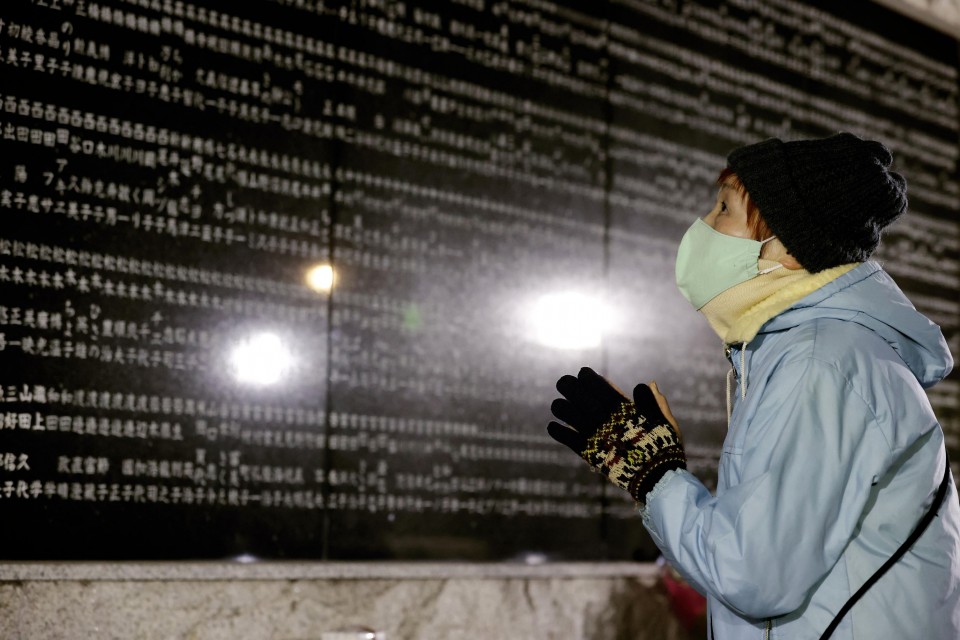 A woman prays at a cenotaph featuring name inscriptions of victims of the 1995 Great Hanshin Earthquake at a park in Nishinomiya, Hyogo Prefecture, on Jan. 17, 2022, the 27th anniversary of the disaster that struck the western Japan city and its vicinity, killing more than 6,000 people. (Kyodo) ==Kyodo 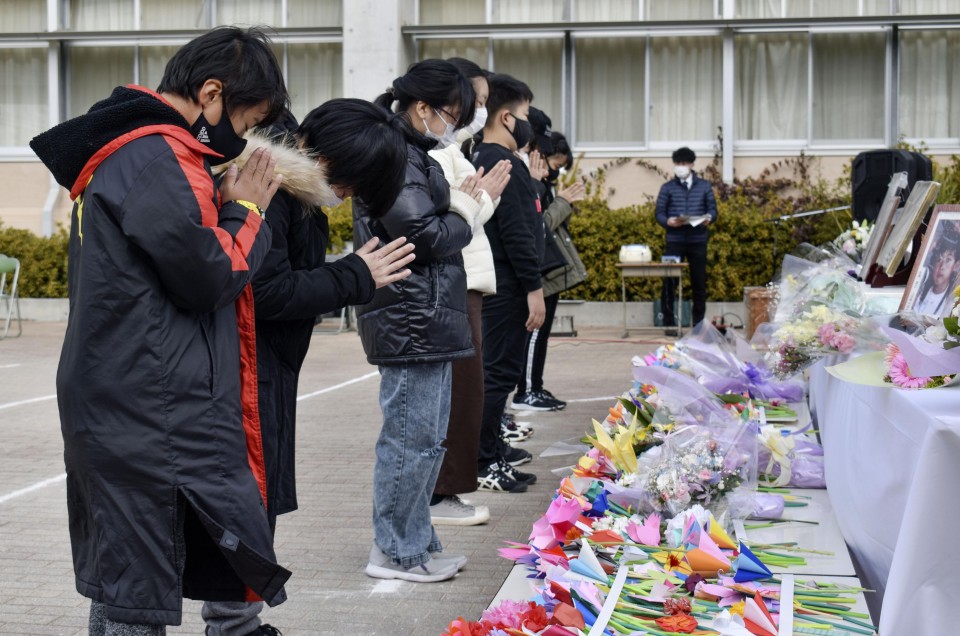 Elementary school students pray during a memorial event at their school in Ashiya, Hyogo Prefecture, on Jan. 17, 2022, the 27th anniversary of the Great Hanshin Earthquake that mainly struck Kobe and other Hyogo Prefecture cities, killing more than 6,000 people. (Kyodo) ==Kyodo